Disclaimer: Cinema Australia founder and editor Matthew Eeles is the festival director of the WA Made Film Festival.

The WA Made Film Festival has officially launched its highly-anticipated 2022 program.

Featuring 67 WA films including three world premiere feature films, a world premiere web series, a live musical performance, over 55 short films, a filmmaking workshop, and the return of WA’s only smartphone filmmaking competition, this year’s program is the festival’s biggest yet.

In fact it’s so big, the festival has been extended from three days to four days to accommodate the number of high quality films received during the submissions process.

“Not only was our submission record broken for the third year running, it was absolutely smashed,” said festival director Matthew Eeles. “In just three years The WA Made Film Festival has become a highlight on the local events calendar, and we couldn’t be more proud to be able to support local filmmakers by sharing their films with such an enthusiastic audience.”

The 2022 WA Made Film Festival will run from Thursday, 10 March until Sunday, 13 March at Palace Cinemas Raine Square with many sessions including networking events, before and after parties, filmmaker Q&As, complimentary popcorn and gourmet grazing boxes, Forester Estate wines, Gage Roads beer, and non-alcoholic beverages. 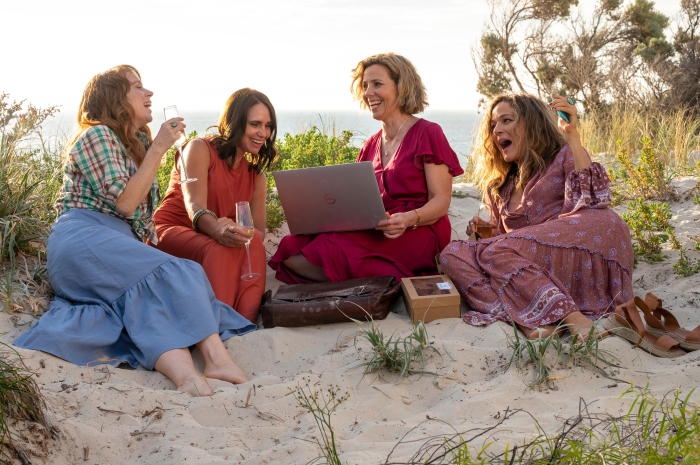 Hayley McElhinney, Tasma Walton, Sally Phillips and Caroline Brazier in How To Please A Woman. Photograph by David Dare Parker.

The 2022 WA Made Film Festival will kick off in style with a special screening of Renée Webster’s How to Please a Woman – a funny and heart-warming liberation story for women who have been afraid to ask for what they want – at home, at work and in the bedroom. When her all-male house cleaning business spirals out of control, Gina must acknowledge her own appetite if she is to make a new life for herself.

“How to Please a Woman is one of the funniest films I’ve ever seen come out of WA,” says Matthew. “It also has a warmth and depth to it seldom seen in most local comedies thanks to the film’s incredibly talented cast which includes Sally Phillips, Tasma Walton, Erik Thomson, Caroline Brazier and Myles Pollard, who’s the funniest he’s ever been.”

The festival’s Friday sessions will begin with a screening of Alan Lindsay’s Harmony: The Missing 8th.

Filmed over three years, the documentary follows WASO’s 2016 journey to China to perform in Beijing and Shanghai and the ambitious plan to perform Mahler’s 8th in Perth. With multiple stakeholders involved, the plans to tour sit on a knife’s edge for the orchestra. However, as the event approaches stakeholder support begins to fade, and the road to China becomes more tumultuous than ever.

Following that will be the WA Made Film Festival’s Friday fright night featuring the world premiere of Christopher Mark Peters’ new thriller Moorehouse Road, and the festival’s first ever experimental/horror showcase, Left of Centre.

Moorehouse Road follows young newlyweds Sunni and Flynn, along with their friend as they travel across the state with plans to start a new life. Along the way, they stay at a guest house on Moorehouse Road, on a property owned and occupied by an eccentric woman and her mute son. Strange incidents begin to occur during their stay, and the visit becomes increasingly terrifying when they learn the bizarre owners are the reclusive family members of an infamous serial killer.

“Moorehouse Road is a seriously impressive feature film debut from the very talented Christopher Mark Peters on directing duties, and David Laurance who co-produced the film,” said Matthew. “Moorehouse Road also boasts an impressive cast of up and coming actors including Lawrence Murphy, who appears in a few films screening at the festival, and veteran actor Kate Hall who we’re thrilled to welcome back to WA Made following last year’s Ship to Shore reunion screening.”

“Our jaws hit the floor when we watched these films during the programming process,” says Matthew. “Some are eye-opening descents into pure madness, others transport you directly into the dreams of the filmmakers behind them, and some are so violent that they’re guaranteed to whet the appetite of any gore hound.”

Daniel Barwick and Chloe Hurst in Edward and Isabella.

Saturday morning will feature two films – Alexander Lorian’s stoner crime comedy, Good for Nothing Blues, and an extended cut of Samantha Marlowe and Frances Elliott’s insightful documentary, Girl LIke You.

Good for Nothing Blues follows Calvin and his group of dole-bludging friends who suddenly come into money when they win $200,000 on the lottery. Having money for the first time ever seems like the answer to their prayers, but soon enough their investments go astray and they end up stuck in a web of drugs, debt, gangs and cops.

Girl Like You follows Lauren and Elle over six years as the couple battles to stay together as one of them transitions genders; confronting the effects of new body parts, changing gender roles as well as navigating their own evolving sexual identities.

Saturday afternoon will see the long-awaited Perth premiere of Homespun. Set in a thirsty regional town, dynamic duo Georgina and her best friend Pauline get their big break in a new show about life in the bush. Tired of having to subscribe to an old school vibe, George and Paul propose a refreshed angle about life on the land that relies less on despair and more on magic.

“There’s something seriously special about Homespun,” says Matthew. “Having grown up in a regional town, I was instantly transported back to my rural upbringing and I could almost taste the dust in my mouth, such is the authenticity of Homespun. Writer, producer and lead actor Bec Bignell is a bona fide star and we’re excited to introduce our audience to her George, as well as the other larger-than-life characters that make up Homespun.”

Festival programmers will know how difficult it is to feature long-form short films. Too long to be short, and too short to be long, this eclectic bunch of films have found their home within the brand new festival showcase, Long Shorts & Short Longs. This showcase will feature five films including immortality thriller, Immortal, isolation comedy, Bunker Down Under, paranoid thriller, Liberatus, identity drama, Choice, and Get The Girl – a teen comedy set in 1985.

The festival’s Saturday night screenings will begin with a stunning showcase of short films made by some of WA’s most exciting new talents. This program will include what’s believed to be WA’s first ever dinosaur film, Evie, Assassin’s Creed fan film, The Last Ankh, and The Scar – a heartfelt Broome-shot comedy bursting with imagination that sees a young girl set out to discover the truth behind a scar on her mother’s arm.

Wrapping up the festival epic Saturday program will be the world premiere of the WA Screen Culture Awards winning film, Edward and Isabella. Shot in Albany, Adam Morris’ engaging relationship drama follows a young couple who escape to the country to decide whether to stay together or end their relationship.

“I found the two central characters absolutely captivating,” says Matthew. “It’s hard to believe Edward and Isabella is written, produced and directed by a first-time feature filmmaker, and the two lead performances from Chloe Hurst and Daniel Barwick are truly world class.”

A jam-packed Sunday will commence with the festival favourite Documentary Showcase. Short-form documentaries featured include Dr Russell’s Imaginarium, Pacing the Pool, Aboriginal Warrior, Welcome to Womanhood, Bittersweet, That’s How it Goes (I S’pose), Walk Run Stive, and Louise Bertoncini’s Murder on the Dancefloor – a look back at a 1925 shooting that took place during the foxtrot at Western Australia’s Government House.

Next up is the festival’s Web Series Showcase featuring the world premiere of Connor Fantasia-Serve and Jez Murdock’s hilarious web series, Two Normal Humans Take Memphis, which will also include a live musical performance by the multi-talented filmmakers. Two Normal Humans Take Memphis will play alongside an extended cut of the critically-acclaimed, award-winning web series, Hug The Sun, which focuses on a strange Children’s show aired on WA’s community TV stations which promoted the strange teaching of the sun god: Oxtos.

Sunday afternoon will see the return of WA’s only smartphone filmmaking competition, Get Smart! Presented by Buy West Eat Best. This event was the first sell-out screening at the 2021 festival, and this year’s screening is sure to be just as popular. Featuring nine unique films shot on a smartphone, the winner of the competition will walk away with a $1000 cash prize awarded by the festival’s Smart Jury.

“The festival strives to support up-and-coming filmmakers, and there’s no better way than by giving filmmakers the opportunity to shoot something using their smartphones for very little cost,” says Matthew. “Last year’s Get Smart! Presented by Buy West Eat Best was a huge success and we hope this competition will continue to grow over the years.”

Launching the festival’s evening screenings will be a Sunday Shorts showcase featuring nine highly-entertaining short films including the meat pie Western, The Gunslinger, sweet gamer comedy, Gamma, Aron Attiwell’s unstoppable holocaust survivor story, Fading Numbers, and The Things We Do When No One’s Watching – a disastrous first date comedy about two newly introduced colleagues who construct a charming veneer around their neurotic personalities in an attempt to finally find someone to curtail their loneliness.

Closing out the festival will be Sarah Legg’s surreal and atmospheric drama, Cherubhead. Cherubhead explores the powerful teachings from philosopher Niccolo Machiavelli through an interpersonal setting. Catherine, a social scientist, guides orphan Ellie to solitary socialite Marie Annette. Unbeknownst to them, Catherine also invites Sophie Piero – a rebellious freedom fighter – to the house to protect Ellie from Marie’s radicalised views of power and control.

“From the moment Cherubhead started, I knew we had unearthed some impressive talent in writer, producer, director and actor Sarah Legg and her co-stars Angelina Curtis and Nicola Kinnane,” said Matthew. “It’s hard to put this film into words. Cherubhead is an experience that audiences will have to come and see for themselves.” 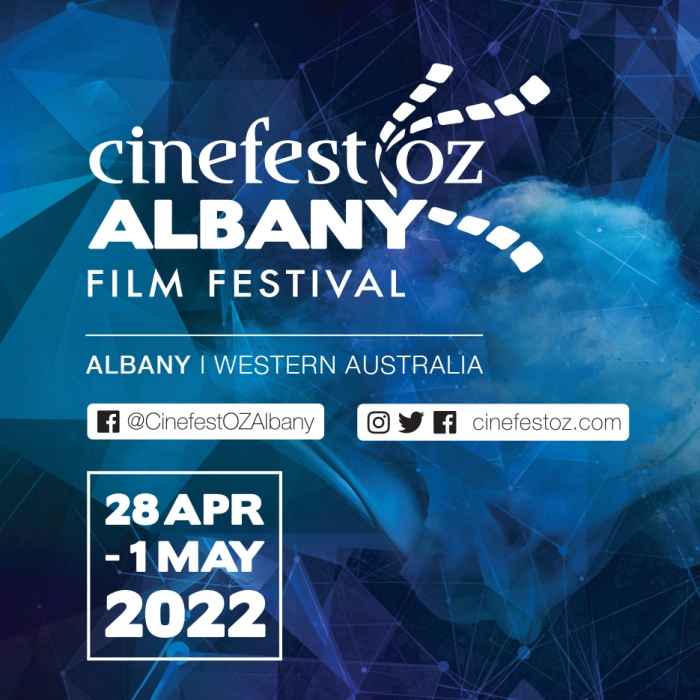 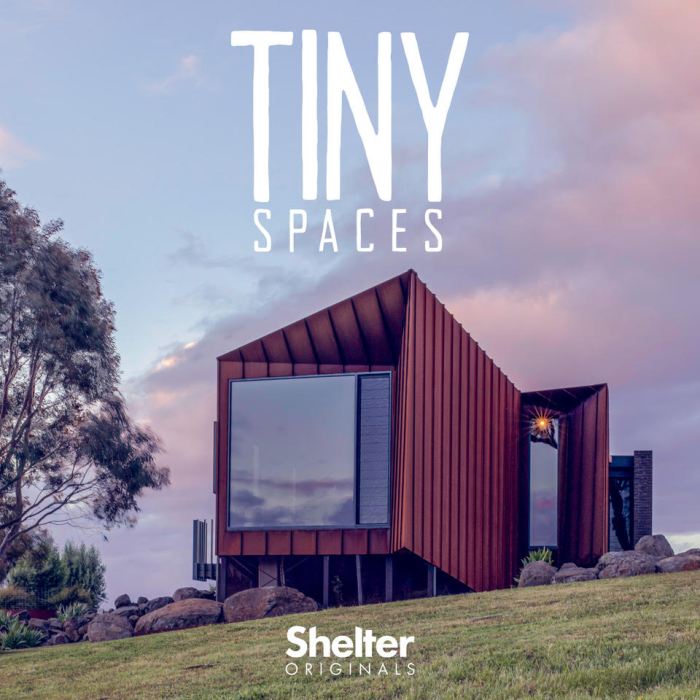