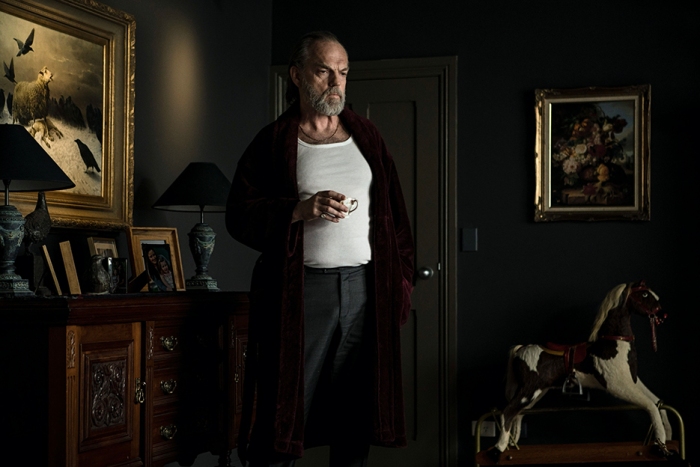 Hugo Weaving in Measure For Measure.

This screening has now been cancelled.

Thanks to Luna Palace Cinemas in Perth, we’ve got five double passes to a special screening of Measure for Measure up for grabs.

Please note, this screening will take place on Saturday, October 3 from 10.30am at Luna Leederville.

An unlikely love ignites between a modern Muslim girl and a local musician amongst the background of racial tension, amphetamines and gang culture in the city of Melbourne’s most notorious housing estate. Inspired by William Shakespeare’s play Measure for Measure and influenced by the gritty realism of films like Amores Perros, the social conscience of Fishtank and dynamic aesthetic of Un Prophete, Measure for Measure questions the notion of justice, the possibility of redemption and the desire for power. It’s also a raw study of that most basic, yet most complex of our emotions – love … how we react when we find it, and how far we would go to keep it. But despite our best attempts, can we ever really escape our true nature…or where we are from?

With a stellar Australian cast led by Hugo Weaving (Hearts and Bones ) and including rising stars Harrison Gilbertson(Upgrade) and Megan Hajjar (Breath ), MEASURE FOR MEASURE comes from dynamic writing/directing team Paul Ireland and Damian Hill (who tragically passed away last year) and follows PAWNO, Ireland’s critically acclaimed 2016 directorial debut, which marked him as a filmmaker to watch.

Terms and conditions: Competition open to those who can attend the Perth screening on the date and time above. Competition closes Monday 27 September 2020.