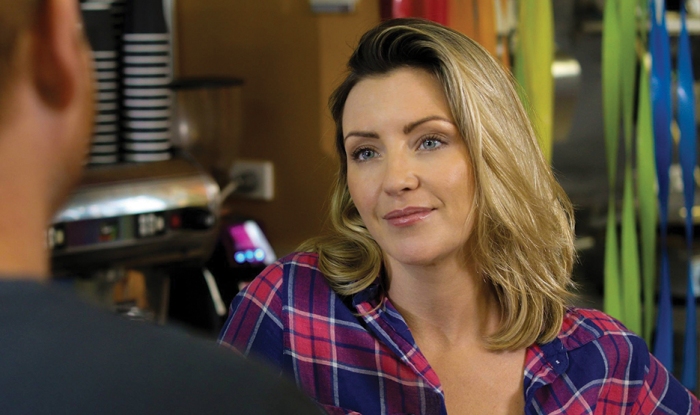 Jacinta Stapleton in The Dunes.

The first teaser trailer has been released for Martin Copping’s new Australian thriller, The Dunes one year after the film was successfully funded via Kickstarter.

The Dunes was written, directed and produced by Copping who also stars in the film as LA Times scribe Nicholas Rice. While returning to his old hometown The Dunes, a small beachside community on the coast of Victoria, Australia, a figure from his past re-emerges, and threatens his entire existence.

“We’ve got an incredibly talented cast who I couldn’t be happier to be working with. Tim Phillipps is electrifying in his role and gives a chilling performance as William Knight,” Copping told Cinema Australia late last year.

Copping is a familiar face on Australia’s small screen having appeared in many television favourites like Blue Heelers, Neighbours, Hawaii Five-O and Stingers.

The Dunes is expected to hit the festival circuit next year.