Every cloud has a silver lining, as they say.

While there’s no doubt the effects of Covid-19 around the world will have a major impact on this year’s CinefestOZ, we are beginning to see some green shoots.

While international and interstate guests won’t be walking the CinefestOZ 2020 red carpet, the festival has continued to push forward with a series of exciting announcements.

In late May a new short film competition was revealed, followed by an online filmmaking masterclass delivered by Australian actor, director and producer Myles Pollard in early June.

Earlier this month, the festival announced it would be the first Australian film festival to return with live cinema events in 2020 and we’ve been anticipating a followup announcement ever since.

Today CinefestOZ has revealed that WA-sot Rams will open the festival on August 26, a day before the film hits cinemas around the country. A world premiere of a locally made film is a major coup for the festival which usually plays second fiddle to MIFF and SFF when it comes to premiering WA-made films – like Three Summers and H is for Happiness in previous years.

We feel for our friends at CinefestOZ – and any other arts organisation trying to push through during these uncertain times – but testament to the dedicated crew working tirelessly behind the scenes, we’re confident this year’s festival will be as exciting as any other in its 13 year history.

The highly anticipated West Australian film Rams will open CinefestOZ in the South West next month.

The event will include an introduction from the film’s producer Aidan O’Bryan, who will share a few behind the scenes moments, followed by a celebratory after-party.

Tickets for the RAMS opening night event go on sale today, along with 10 other CinefestOZ events, as part of Early Bird ticket sales. The full program for the festival, including a range of feature films, will be announced on 31 July.

Rams is set in remote Western Australia and stars Neill and Caton as estranged brothers Colin and Les who are at war. Raising separate flocks of sheep descended from their family’s prized bloodline, the two men work side by side yet are worlds apart. When Les’s prize ram is diagnosed with a rare and lethal illness, authorities order a purge of every sheep in the valley. While Colin attempts to stealthily outwit the powers that be, Les opts for angry defiance. But can the warring brothers set aside their differences and have a chance to reunite their family, save their herd, and bring the community back together?

Rams was filmed predominantly in the Great Southern town of Mt Barker, with plenty of local involvement and bemused woolly extras!

Producers Aidan O’Bryan and Janelle Landers said, “Working in the Great Southern was fantastic. The location is so stunning and the entire community of Mount Barker was so incredibly welcoming and helpful. It was a wonderful feeling to be able to bring some excitement to the town and to have so much local support for the film. It’s great to be heading back to regional WA again and to be bringing communities together to share the film.”

Rams was made with the support from the Western Australian Regional Film Fund supported by Royalties for Regions, with production from Screenwest and Lotterywest, closely working with the Great Southern Development Commission. 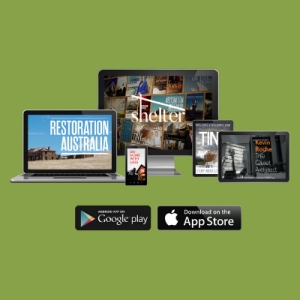 Screenwest CEO Willie Rowe said “It’s terrific to have WA film RAMS open CinefestOZ and welcome audiences back into the cinema. RAMS is a testament to the importance of telling stories from a unique West Australian perspective and showcases our incredible regional landscapes, local crews and film friendly community of Mount Barker. We’re pleased to be able to support CinefestOZ with assistance from the State Government of WA and Lotterywest.”

Chair of CinefestOZ Helen Shervington said RAMS was the perfect film to open this year’s festival, which will look and feel a little different in 2020 but will continue to champion Australian stories and film through an exciting new program which will feature films, short films, the Cinesnaps schools program, IndigifestOZ and more.

“We are really excited to have Rams open the festival this year,” Shervington said. “Having a West Australian film open CinefestOZ is always a delight as it creates a real buzz with local audiences.

“We look forward to seeing festival favourite Michael Caton back on the big screen and celebrating with those from the RAMS team who are able to join us in Busselton this year.”

Other events on sale today include the CinefestOZ Short Film Showcase, which will shine a spotlight on the depth of talent within Australia’s film family.

Audiences will be able to choose from four short film sets in the Showcase, which culminates in an awards celebration on 29 August at Margaret River HEART.

CinefestOZ will be the first Australian film festival to host screenings for live cinema audiences since the easing of restrictions following the COVID-19 pandemic.

CinefestOZ will run from 25-30 August and will incorporate at least 40 live events and screenings along with a selection of online screenings.

The ultimate CinefestOZ 2020 premium experience, a Festival Cinepass guarantees access to all premieres, screenings and special events, including:

Watch over 30 short films in a series of four sets from Tuesday, 25 August to Friday 28 August.  Then be part of the inaugural CinefestOZ Short Film Awards announcements at midday on Saturday where the finalist films will premiere.

Short films will be announced on 31 July. An online-only short film pass will be available for purchase from Friday, 31 July.

Ticket and pass sales are limited to venue capacity under Phase 4 COVID-19 restrictions. This will change if Phase 5 of the WA COVID-19 roadmap is implemented.