CinéfestOZ has announced the five finalists in contention for its second annual $100,000 Film Prize.

Backtrack, Now Add Honey, Pawno, MIFF@CinefestOZ film Putuparri and the Rainmakers and The Daughter have been shortlisted for Australia’s biggest film prize, to be announced at the festival on Saturday, 29th August.

In 2014, the inaugural CinéfestOZ Film Prize was won by the family-friendly, Robert Connolly-directed film, Paper Planes, which has enjoyed massive success at the Australian box office since its 15th January 2015 cinema release. The film has gone on to screen at the Toronto and Berlin International Film Festivals and will be released by distribution companies Lionsgate in the UK and in North America by Eone.

CinéfestOZ received more than 30 submissions for the prize, which is voted on by a jury of five esteemed members of the film industry headed by Australian actor, David Wenham.

“We have had a very strong response to this year’s Film Prize,” said Deputy Chair of CinéfestOZ Helen Shervington. “The calibre of films is a wonderful reflection on the vibrancy of Australia’s film industry. These are great Australian films, worthy of international recognition and I would encourage people to see them for the first time at CinéfestOZ.”

It underlines CinéfestOZ’s commitment to the Australian film industry by creating, attracting and supporting filmmakers and opportunities within the industry.

The prize also builds on the success of CinéfestOZ, which in 2014 premiered 15 Australian feature films in WA and attracted more than 18,000 attendances.

“The buzz that surrounded the inaugural Film Prize – and the subsequent success of the winning film, Paper Planes – has generated an even greater interest second time around,” Ms Shervington said.

“We are heartened by the diversity of new films being produced by Australian filmmakers and are proud to be able to champion them through the festival and this important prize.”

CinéfestOZ is supported by the State Government through Tourism WA’s Regional Events Program, which is funded by Royalties for Regions. Rio Tinto is a proud Premium Partner of CinéfestOZ. The festival acknowledges its strong partnership with ScreenWest, Western Australia’s screen funding and development agency 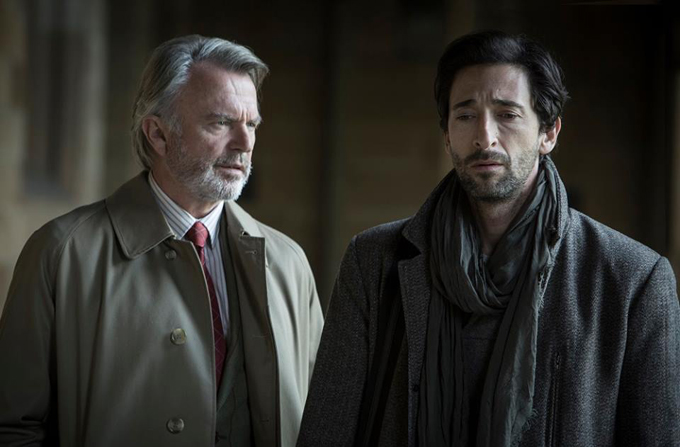 Backtrack
Director: Michael Petroni
Producer: Michael Petroni, Jamie Hilton, Antonia Barnard
Starring: Adrien Brody, Sam Neill, George Shevtsov, Robin McLeavy, Chloe Bayliss, Bruce Spence
Psychologist Peter Bower’s life is thrown into turmoil when he discovers that the patients he has been seeing are ghosts. Risking his own sanity, Peter delves into his past to uncover a terrifying secret which only he can put right. Backtrack is a spine-chilling story from the acclaimed writer-director, Michael Petroni. 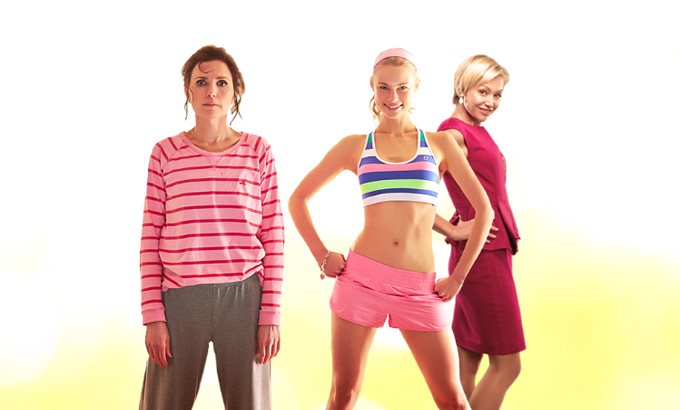 Now Add Honey
Director: Wayne Hope
Producer: Robyn Butler and Wayne Hope
Starring: Robyn Butler, Portia de Rossi, Lucy Durack, Lucy Fry, Hamish Blake
Synopsis: Caroline Morgan (Robyn Butler) is the glue that keeps her family together, but when her movie star niece, Honey Halloway (Lucy Fry), is forced to stay with her in suburbia after her mother (Portia de Rossi) is sent to rehab, it’s Caroline that comes unstuck. Now Add Honey is an uplifting, laugh out loud, family comedy about women and girls triumphantly being who they are. 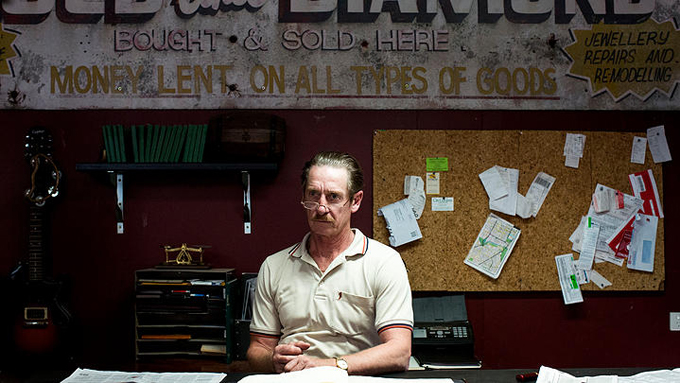 Pawno
Director: Paul Ireland
Producer: Paul Ireland and Damian Hill
Starring: John Brumpton, Kerry Armstrong, Mark Coles-Smith, Maeve Dermody, Damian Hill, Malcolm Kennard, Tony Rickards, Daniel Frederickson
Synopsis: Pawno is a character driven ensemble film set in the diverse and multicultural suburb of Footscray in Melbourne. Revolving around one day in the lives of 12 characters, the film is set in an ageing Pawnbrokers and at the core of the story beats a romance, yet love is rarely simple. Within a day, lives intersect and motives are examined. A multi-layered story that celebrates the rawness of humanity and challenges audiences to see the world from a different view. 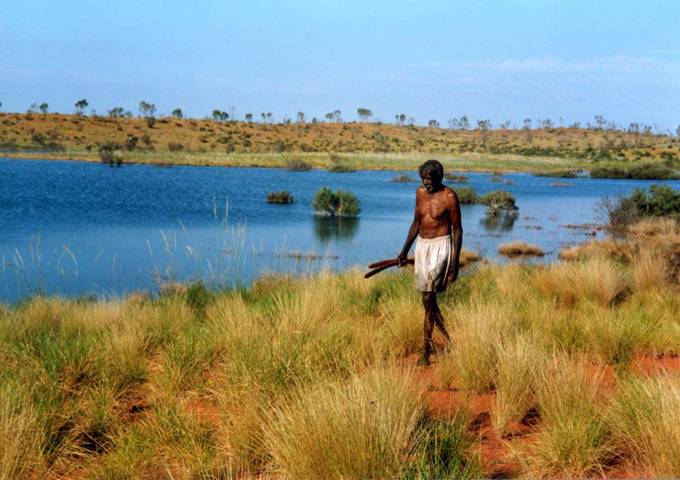 Tom Lawford is the focus of Nicole Ma’s documentary, Putuparri and the Rainmakers.

Putuparri and the Rainmakers
Director: Nicole Ma
Producer: John Moore & Nicole Ma
Starring: Tom Lawford, Sylvestor Rangie
Synopsis: Tom ‘Putuparri’ Lawford is a man caught between two worlds – torn between his life in the modern world of Fitzroy Crossing and his destiny as a cultural leader of his people. Tom battles with all the temptations of western society at the same time as he reconnects with his ancestral lands, learns about his traditional culture and shoulders his responsibility to pass this knowledge onto the next generation. Director Nicole Ma spent more than a decade documenting Putuparri’s journey, travelling with him and his family on numerous occasions to Kurtal, in the Great Sandy Desert of Western Australia. Kurtal is a site of great spiritual significance to Putuparri’s family where they have ritually made rain for many thousands of years. The family have spent nearly two decades fighting for their native title claim over the area. Set against the backdrop of this long fight for ownership of traditional lands, Putuparri and the Rainmakers is an emotional, visually breathtaking story of love, hope and the survival of Aboriginal law and culture against all odds. 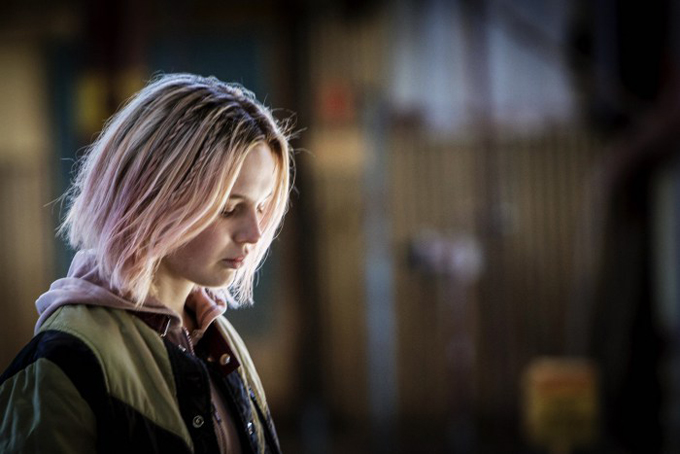 The Daughter
Director: Simon Stone
Producer: Jan Chapman and Nicole O’Donohue
Starring: Geoffrey Rush, Ewen Leslie, Paul Schneider, Miranda Otto, Anna Torv and Sam Neill, with Odessa Young
Synopsis: In the last days of a dying logging town dying logging town Christian returns to his family home for his father Henry’s wedding. While home, Christian reconnects with his childhood friend Oliver. As Christian gets to know Oliver’s wife Charlotte, daughter Hedvig and father Walter, he discovers a secret that could tear Oliver’s family apart. As he tries to right the wrongs of the past, his actions threaten to shatter the lives of those he left behind years before.