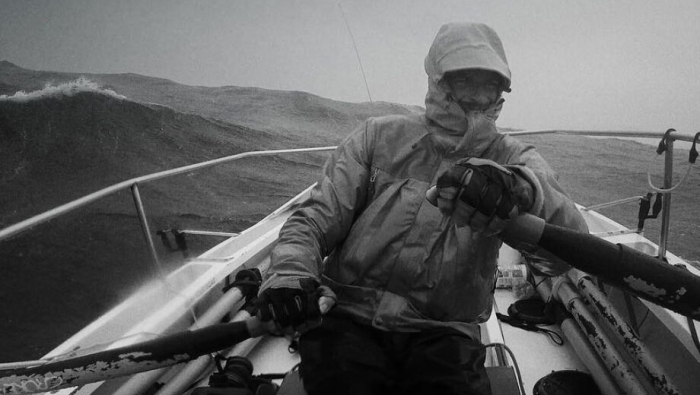 Over 4,400 people have summited Mount Everest, less than 55 have rowed the North Atlantic Ocean.

Fish Out of Water follows the extraordinary journey of two ordinary men attempting to cross over 3000 miles of North Atlantic Ocean, from New York to London, in a wooden rowboat.

Tom Hudson has dreamt about this adventure for as long as he can remember, and sees it as a potential turning point in his long battle with depression. He is joined by Pete Fletcher, who is recalibrating his life after a near-critical car accident, and taking every opportunity to live his best life.

With no formal rowing training, but a common desire to push themselves to their limits, Pete and Tom set out on an adventure which soon becomes a life threatening story of survival.

Fish Out of Water is available to download to rent or own via iWonder, iTunes, Google Play, Amazon Video, Vimeo on Demand from April 1. Screenings also available via demand.film

2 thoughts on “Trailer of the Day: Fish Out of Water”