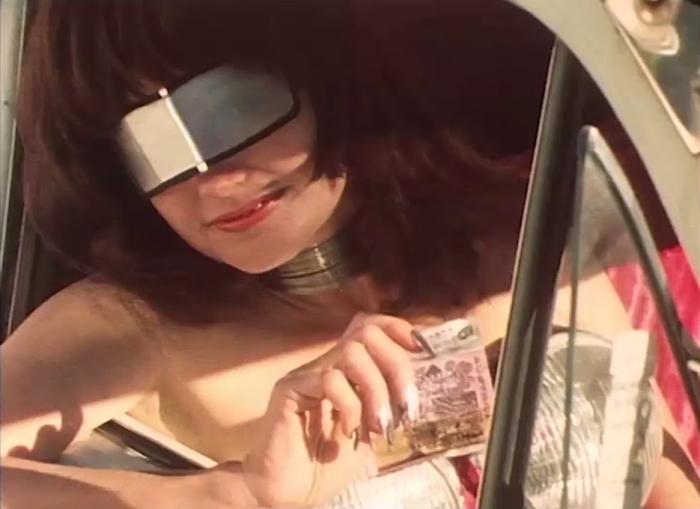 This Woman Is Not A Car will screen at next year’s Melbourne Women in Film Festival.

Women account for just 15% of directors, 22% of writers and 34% of producers in the Australian film industry, according to a 2017 report by Screen Australia. Returning for its third year, Melbourne Women in Film Festival will help to redress the imbalance and invite more women to the table, celebrating and supporting the work of women filmmakers and creatives – from directors, writers and producers to cinematographers, sound designers and editors.

The festival opens on Thursday February 21 with Freaky, Fantastic and Feminist, a showcase of three short films; Jub Clerc’s award-winning Indigenous horror film Storytime (2006) tells the tale of two Kimberley kids who wander deep into the mangroves at sunset, only to find that the terrifying campfire stories of the Gooynbooyn Woman may not be a myth after all.

This Woman Is Not A Car (1979) by Margaret Dodd interweaves fear and fantasy when a woman pulls over at a service station to experience a nightmarish assault by car fetishists, reaching an absurd conclusion that highlights the objectification of women and their role in Australian life.

Hailed as “dazzlingly unconventional” upon its original release in 1984, opening night’s third short film On Guard (1984) was admired by critics for its boldly feminist agenda and focus on the ethics of reproductive rights. Susan Lambert’s film finds four women teaming up to sabotage a supercomputer belonging to a disreputable biotechnology firm.

Another highlight of the MWFF program will be the Melbourne premiere screening of a digital restoration of Australia’s rural gothic, 1997 film The Well on February 22, followed by a Q&A with director Samantha Lang. Featuring stellar performances from Pamela Rabe (Wentworth) and Miranda Otto (Lord of the Rings), The Well was nominated for the prestigious Golden Palm at the Cannes Film Festival, as well as taking home three AFI Awards. Beforehand will be Monster, the 2005 short film by Jennifer Kent which screened at more than 50 festivals, receiving widespread acclaim before evolving into a feature: blockbuster horror sensation The Babadook.

The festival will close its long weekend on Sunday, February 24 with Rachel Perkins’ acclaimed 2014 documentary Black Panther Woman which tells the story of indigenous artist and activist Marlene Cummins. Cummins joined the Australian Black Panther Party in 1972 and fell in love with charismatic leader Denis Walker, before spiralling into a cycle of addiction that left her on the streets.

Forty years later, Marlene faces her demons in this unflinching documentary, exposing the abuse within the protest movement and ultimately reconciling with her past. The film will be followed by an awards presentation and screening of MWFF’s winning short films before the closing night party.

The Melbourne Women in Film Festival proudly supports and promotes the unique, creative and diverse voices of Australian women screen practitioners and their work. MWFF makes a valuable contribution to our local culture by engaging audiences in a festival celebrating different stories about women; stories that can make a difference to women’s lives.

The full Melbourne Women in Film Festival program (21-24 February) will be announced on January 30 at mwff.org.au