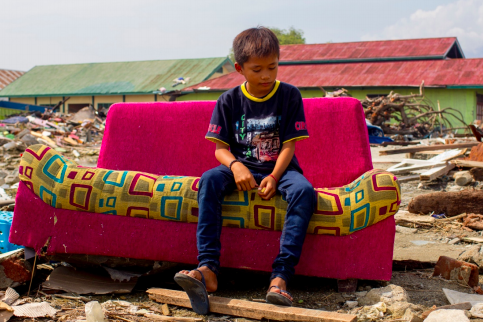 The award winning documentary Aceh: Beyond the Tsunami will be having its Australian premiere on Sunday, 16 December with screenings in Sydney and Perth.

Both screenings will raise funds for UNICEF.

Filmed in Indonesia by a team of Australian filmmakers, Aceh: Beyond the Tsunami explores the extraordinary, largely untold stories of survivors of the 2004 Indian Ocean tsunami in Aceh, Indonesia.

The 2004 Boxing Day tsunami claimed close to 250,000 lives across 14 countries. The harshest impact was felt in the province of Aceh, Indonesia where an estimated 170,000 lives were lost.

Through vivid recollections and stunning imagery, 10 Acehnese tsunami survivors reflect on their decade long journey of grieving, healing and rebuilding with support from Australia and the international community.

The 70 minute documentary shines a light on the resilience of the human spirit, and reveals the complexities of a rapidly modernising society in Indonesia’s most religious province.

The filmmakers have recently returned from the earthquake and tsunami devastated region of Palu (Central Sulawesi, Indonesia). They spent time documenting the experiences of children in the many displaced persons camps that are sheltering tens of thousands of homeless families. A short documentary from this trip will be screened alongside the feature film.

All profits and donations from the screenings will be given to UNICEF Australia who continue to do incredible work in Palu and internationally, supporting the world’s most vulnerable children.