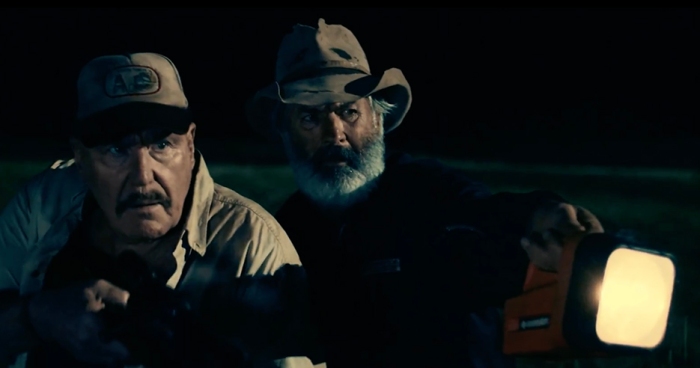 The theatrical trailer for Chris Sun’s Boar dropped this afternoon.

The gory new Australian horror film follows the Monroe family who are on a road trip to reconnect with a life they left behind several years ago. Seeing old friends and loved ones brings the tight-knit family even closer together. A spontaneous decision to picnic along the shores of a cool river three hours from town brings them face to face with death itself.

A boar of staggering size with a taste for blood is cutting out a crude home in the bush, and has marked this area as his. Nothing can stand in its way, nothing can stop the destruction.

A local and international release date is set to be announced soon. You can keep up to date with the film here.