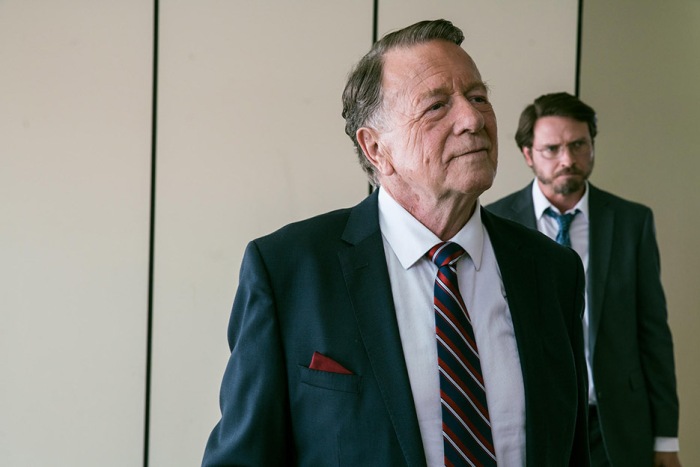 When I told Jack Thompson I was calling from Fremantle in Western Australia, he was quick to let me know how fond he was of the Port City.

In the mid-90s, Thompson acted in Graeme Rattigan’s Under The Lighthouse Dancing which was shot just off Fremantle on the west coast’s most famous island playground, Rottnest.

“Jacqueline McKenzie played my wife in that,” Thompson remembered fondly.

Twenty years later Thompson and ‘Jackie’ – as he affectionately refers to his friend – are starring together in another film, Tori Garrett’s directorial debut, Don’t Tell, which sees them playing opposing barristers.

“I’ve known Jackie for quite some time and she’s really good in this movie. She plays the barrister who works for the church and I’m pleased to say that I win the case,” Thompson chuckles deeply.

He’s referring to the real life case of Lyndal (Sara West) – a damaged young woman who took on the powerful Toowoomba Preparatory School where she was molested as a child by a housemaster.

Don’t Tell is already having an affect on audiences on an international scale having recently won the Newport Beach Film Festival’s Audience Award in California.

How was it to experience such a successful world premiere in the US?
It was fantastic! We were chosen as the Australian film there. Out of three hundred movies, it was pretty amazing to be chosen as the best film by the audience. It was really fantastic, mate. For that many people to see that film and give it that award is a real boost for us. Having seen the film I’m sure you yourself can see why. It’s just so beautifully put together with fabulous performances. How’s Susie Porter and Martin Sacks as the parents?

They give terrific performances.
Weren’t they just great? Aden Young as this uncertain man with his family was heartbreaking. And of course the star of the film, Sara West. Mate, you don’t get a tougher performance than that.

Did you hear from any of the audience members about how the film affected them personally?
Oh, yes. We had a Q&A after the screening and there were people weeping. We had the real Lyndal with us and when she was asked to stand up she had tears in her eyes and there was a standing ovation for her courage and her being there. It was really fantastic.

What’s the real Lyndal like?
Lyndal is bright and vivacious. I remember when we first showed her this movie on the Gold Coast she was there and she stayed away from the spotlight, but I had met her on the set of the movie. She came up and she was open but a little withdrawn at the same time. When we got this up to Newport, and by the time she and her partner got there, it was like she was beaming because of the success and the response to her story as we have presented it has been so positive that she really feels vindicated having told her story and being brave enough to carry it through.

What happened to Lyndal is deplorable, and sadly it happens far too often. What was it that made you want to be a part of this story?
The script. The way the story was told and the fact that there was no attempt to over dramatise it. The story is simply told and it’s much more dramatic and much more effective. It’s also not bad to be playing the barrister who wins the case. [Laughs]. I was telling someone the other day that I play the barrister and they said, “What like in Breaker Morant?” and I told them, “Yeah, but this time my client doesn’t get shot.” [Laughs].

The film was shot in Toowoomba. Has the case left an impact on the town?
Yes, we were there right in the heart of it. I think it has left an impact and I think the movie will also leave an impact on the town. Stephen Roche is from Toowoomba and we were given permission to shoot at the school. I think that they’ve dealt with it. They couldn’t have had more publicity than they did at the time with the resignation of the Governor General. I think they’ve weathered the storm and in a lot of ways this clears the air a little more and allows people to understand it has been dealt with.

This is Tori Garrett’s first film. Can you tell us a bit about working with her?
You can’t have a film that feels like this, that looks like this, with performances like this without having a director that brings all of that together. I think she’s a bit nervous that it’s her first feature film, but I think she should simply embrace the fact that it is a really good movie. I loved working with her and I think that when you see the nuanced performance of young Lyndal played by Kiara Freeman you can see particularly what a director has brought to that young ladies performance. 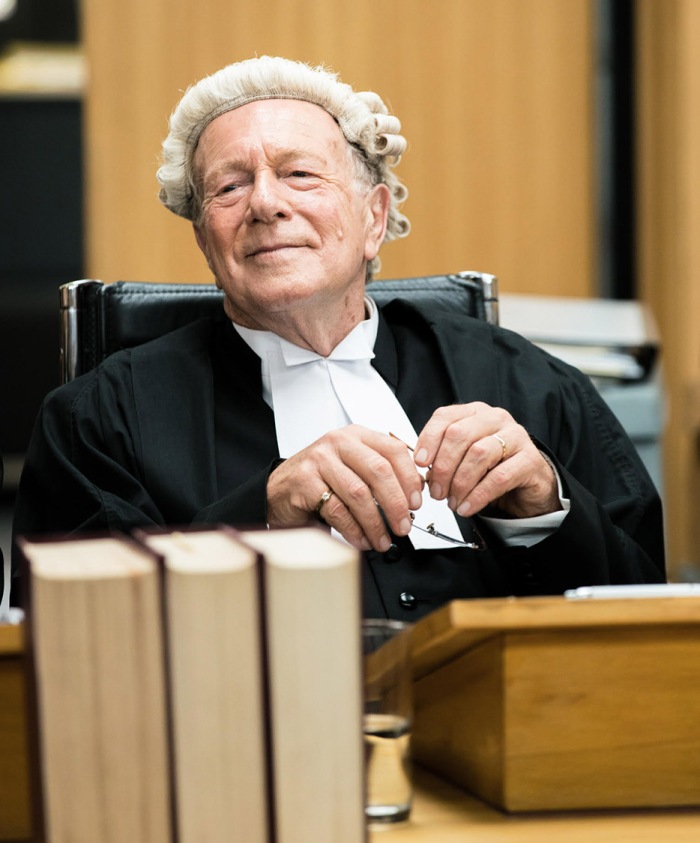 You’ve spoken a lot about the cast and the young actors you’re working with here. Do you take an interest in their performances while you’re on set? Do you observe and offer advice on occasion?
Yes. I think that with any play or any picture, it’s really as strong as the weakest performance in it, not the strongest and I can assure you there aren’t any weak performances in this one. It’s such an ensemble piece and even though there are characters on either side of the case as it were, everybody wanted to bring this picture together and work as a team.

Are you enjoying this stage of your career?
I am indeed, mate. Certainly as much as any other stage. Infact more than the middle stage. [Laughs].

Minus a year hear and there you’ve released a film or been a part of a TV episode every year consistently since 1968. That’s a staggering stat.
It’s scary too, mate. When I add them all up and look at all the films I’ve done I think to myself, “Wow, we’re getting on now, Jack.” [Laughs].

Is this longevity a testament to your love of film?
It is indeed. I love film. I love acting. I love being a part of an Australian film industry that didn’t exist when I started acting. I’ve seen it grow and I’ve been a part of that growth and every time I’m involved in it brings me great joy. Particularly, with a film like this that gets up and gets out there on the screen and it is appreciated in the way that this film is being appreciated.

You seem to be making a lot of smaller, independent films these days with Blue World Order being one of your latest examples.
I do that because, as I say, I grew up in an industry that didn’t exist when I started out, I’ve seen it grow and I know that when you contribute to young filmmakers making these independent productions then you’re contributing to something that will grow and will continue to grow and that’s the only way it will grow if you contribute to it. I don’t just do it for the sake of contribution though. I still have to be interested in what the script has to say and what I can bring to the role.

I’m sure there’s a lot of indie filmmakers out there who will be very encouraged by that answer.
Well as long as they send me their scripts, I’ll be very happy. [Laughs].

How does making films today in Australia compare to making films back in the days of Breaker Morant and The Club?
Well right at the centre of making films nothing much changes. Of course all of the equipment has changed and we’re now working mostly on digital which means you don’t have to worry about how many takes you need or changing magazines and all those technical aspects. The other thing that has changed is the confidence in the industry and the amount of movies that are being made here. There’s a confidence out there to go out and make movies no matter what the limitations. And not only here at home, but internationally too.

I can’t let you go without asking you about the new Wake In Fright reimagining. What are your thoughts on that?
I have no idea what it’s going to be like. Ted Kotcheff, the director of the original Wake in Fright, is still a mate of mine. Not so long ago I saw him in LA and he said to me, “Why are they doing this, Jack? Who’s possibly going to play Donald Pleasence? Who’s going to play Chips Rafferty?” [Laughs]. I’ll be interested in seeing it, mate. At one stage someone talked to me about playing the Chips Rafferty role and I said, “Give us a break.” [Laughs]. I’ll certainly be interested in seeing it though.

Don’t Tell opens in Australian cinemas on Thursday, 18 May 2017. Details at www.donttellmovie.com

CINEMA AUSTRALIA NEEDS YOUR SUPPORT! Find out how you can help us here.