Director JJ DeCeglie’s Jugular will have its red carpet premiere at the Bakery in Northbridge on Friday night.

Pakis plays Jack, a man whose world spirals into madness and violence after he moves into an apartment formerly occupied by a serial killer.

Those lucky enough to attend the premiere will be treated to a Q&A with DeCeglie and Pakis as well as an after party featuring Fungle Club DJs. 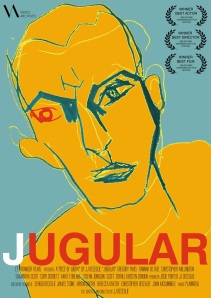