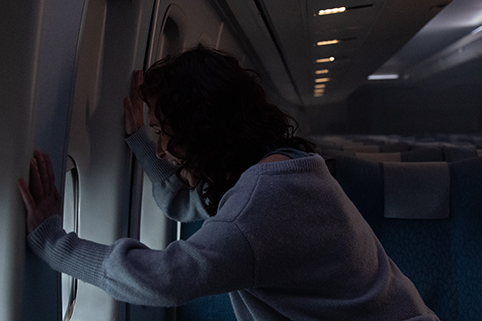 An empty plane, all passengers departed, the crew having locked up and sealed the cabin. Hidden from sight and alone a woman wakes to find herself trapped. The doors are locked, it’s dark, there’s no food or water – and it’s cold. Footsteps. Something unseen is hunting her. Suddenly, her plight becomes not only to escape, but to survive.

Let Cinema Australia introduce you to the incredibly talented cast and crew of Grounded – a short thriller that plays upon our imaginations and fears of being alone in places that are normally brimming with people.

Director
Jesse is a Melbourne and Sydney based director and editor who specialises in online content, short ﬁlms and music videos. Jesse feels at home with fast-paced dialogue, awkward humour, crazy sci-ﬁ landscapes and contrastingly, some down to earth dramas. Make ‘em laugh, make ‘em cry. He’s ﬁne with either or both at the same time. In advertising, he has worked across award-winning campaigns such as ANZ’s GAYNZ which took home gold at Cannes, #holdtight which brought back a bronze lion, Victorian Coast Guard’s Seabay, Nissan’s Memory test, Red Cross’ 42 and She Gives Birth, Movember’s UnMute and DFATS’ The Most Interesting Job Interview, all of which nabbed a bunch of awards and nominations. His short ﬁlm Where We Live has been selected into over 30 festivals worldwide and won some metal at LA Shorts, Hollywood screenings, Sydney World Film Fest, South London Shorts, Asia International Film Fest and Canada’s Vaughan International Film festival.
https://vimeo.com/jesserichards

Actor/Writer/Producer
Josephine is a tenacious actor and producer (and sometimes acrobat), interested in new forms of storytelling that challenge our emotions and show multidimensional characters and stories. She’s currently airing on ABC Iview in the lead role of Sue for kids TV show, Larry the Wonderpup, with Season Two releasing later this year. Her acting credits also include Neighbours, Something in the Air and Rush. Her Debut producing passion project was a documentary called Hitting Zero: A Legacy (available on YouTube and Ozﬂix) which follows her underdog cheerleading team to America as they go through blood sweat and tears to prove themselves on the Worlds stage. Her latest project, short ﬁlm Before I Go, is on iTunes and apple TV. It tells a touching story that deals with disconnection and mental illness in rural Australia. She has written and is both Producing and performing in the lead role of Grounded. www.josephinecroft.com.au 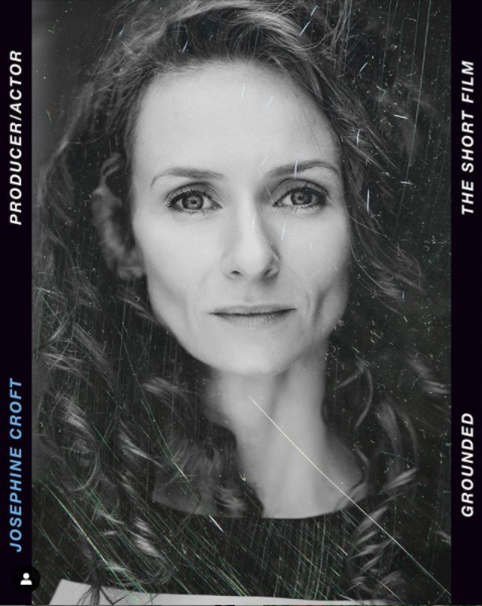 Actor
With over twenty years of experience acting for stage and screen, Lauren is co-founder of Australian content production company, The Act of Storytelling. With two films in the international film festival circuit and several projects in various stages of development, Lauren is currently also in production for comedy web series, Anna, as one of the series leads. Lauren has a strong theatrical background, most recently comprising a regional tour of WW1 historical drama, Mud & Blood. Other credits include guest roles on House Husbands and Neighbours, and supporting roles in feature films The Unlit, Out of Order, and Experience the Knowing. https://www.laurenbaileyactor.com/

Actor
John Marc grew up proudly in the South East suburbs of Melbourne and now resides in West. Upon graduating from the University of Ballarat, Acting course in 2008, John Marc has been a regular to stages in Melbourne performing in shows such as Coloured Aliens, The Bachelor S17E05, A Midnight Visit, and many more. In 2015, John Marc and the cast of The Yellow Wave was nominated for a Green Room Award for Most Outstanding Ensemble. As well as being a professional Actor and Improviser, John Marc is also a Primary School teacher, sales assistant and Civil Celebrant.

Production Manager
Montse has over 10 years experience in the TV, Advertising and Arena Industries. As a Production Manager she enjoys keeping her finger on the pulse and with a passion for planning and keeping everything organised she finds herself absorbed in any project she is involved in. Much of her experience comes from 6 years at Channel Nine where she Production Managed shows like Price Is Right, 1 vs 100, Temptation, World Comedy Tour etc. More recently, she was involved with Australian Ninja Warrior Series 4. 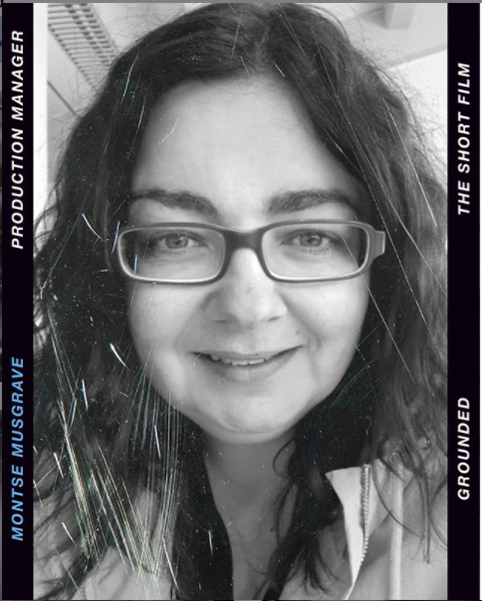 DOP
Marcus is a Cinematographer working on films, music videos and commercials. He cut his teeth making skateboarding videos in Tasmania, and now brings the energy and eclectic influence to his commercial and music video work, telling stories in a visually unique and economical manner.

Production Designer
With a background in design, theatre and film, Imogen has built a fast tracked career in costume and set design for film and television. She works mainly as a designer and buyer, bringing on a team of talented sewers and suppliers to bring characters to life. Specialising in advertising and narrative story telling.

Sound Recordist
Beau’s career started in 2012 with a few small tastes of what he would later realise was his life’s ambition. He completed study in 2015 at JMC academy in Audio engineering and sound production, and purchased his own field recording kit in 2017. Since then, his career exploded. While previous years had seen short film projects perform well (always short-listed, always top 10), it was Tropfest 2018 that allowed him to work on a winner. Since then he has completed his first feature film and added 6 more short films to his resume. Now he works freelance in his own company called “Beautiful Sound”. 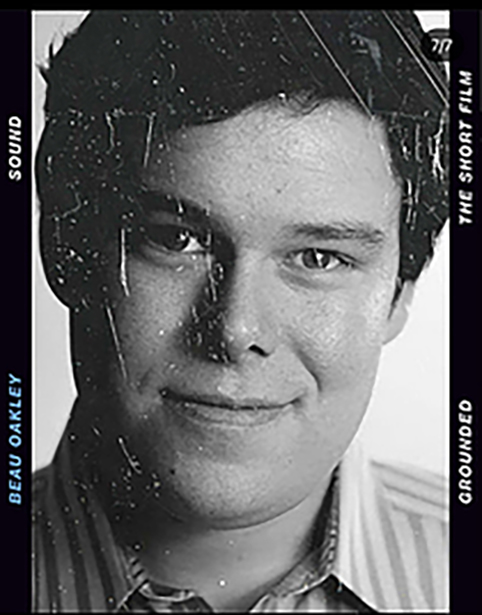 Gaffer
While studying at the Victorian College of the Arts as a Director, Andy developed his skills as a Gaffer working across a veritable smorgasbord of shorts, features and music videos. Some of them won awards, some did not; but in the end it was all about the friends he made along the way. Andy graduated the VCA with his short film “Double Black,” a black comedy action film about mountain bikes and male suicidality. His favourite pastimes are self-isolating and trying to not fall of his bicycle.

Best Boy
David McRobbie Park is a Melbourne based cinematographer and Director who is a graduate from the Victorian College of the Arts. In his final year he was awards Best Achievement in Cinematography for this work on Behind Barres (St Kilda 2018, dir by Sophie Bender.) Since then, he has worked in both the lighting and camera department in short films, tv mini-series and corporate and commercial shoots.

3rd Lighting Assistant
Rain Flavell has a keen mind for the perfect timing and set etiquette. garnering as much on set experience as he can. You will usually find him in the camera or lighting departments with a grin across his face, lifting, setting up, pulling focus working around the clock gathering a strong understanding about how every part of the set works.

Make up/SFX
Rachael Cordell is a makeup artist and hairstylist who works in event, photography, film & TV, and special effects makeup. After training in a Diploma of Screen and Media (Specialist Makeup Services), Rachael has gone on to start her own freelance makeup artistry business, and has assisted other artists in the industry gaining experience in many different areas. She has worked on several short films and web series in the Melbourne and Geelong areas, occasionally also lending a hand to the art department. With having a personal love for horror and thrillers, Rachael is excited to get to be part of the crew for Grounded. 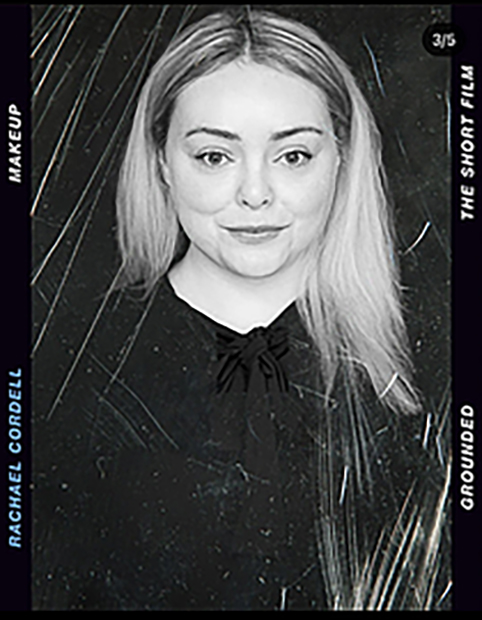 Composer
Sean Tinnion is a multi – award winning British-Australian music composer for films, television, games & other multimedia productions currently based in Australia. His compositional style and sound is a mixture between haunting, evocative, emotional scores & dark ambient soundscapes that extensively use orchestra and electronic elements. Over the span of his career, he has scored almost 50 productions based in Australia and overseas, including the UK and the USA. His awards and accolades include 5 wins for ‘Best Film Score’ at the Hollywood Boulevard Film Festival, the Los Angeles Film Awards, the Oniros Film Awards: New York, the Oniros Film Awards: Italy and the APRA

Marketing Manager/Stills Photographer
Dayna is a mid-senior level video Producer experienced in overseeing production from its initial concept and pitching through to final delivery. She has worked on small and large-scale projects for local, interstate and international corporate film, TVC’s, short documentaries, short films, television pilots and social media campaigns. Her skill set has evolved progressively over the last few years into photography, graphic design, text animation, social media management and website design. In her spare time, I like to dabble in landscape/food photography and play video games. 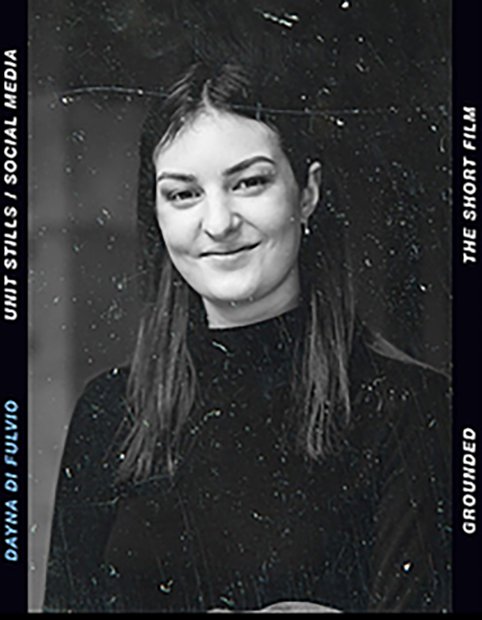 You can find out more about Grounded here.