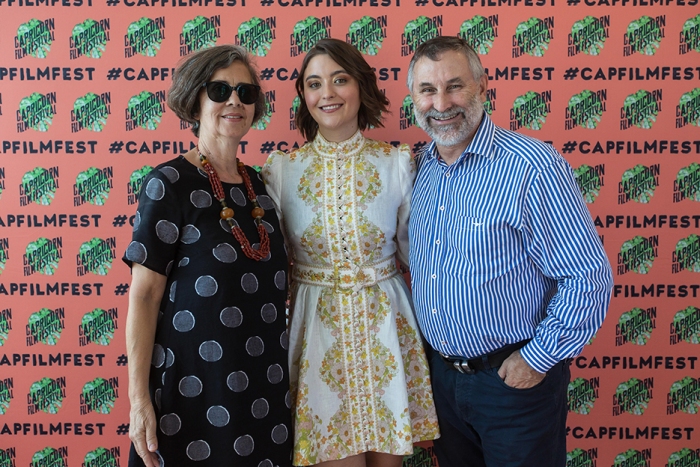 The Capricorn Film Festival, one of Australia’s best and fasted growing film festivals, is set to return in January bigger and better than ever.

Presented by Livingstone Shire Council, the Capricorn Film Festival will be held from Wednesday 13 to Sunday 17 of January 2021 at the beautiful Capricorn Coast and will include six feature films and documentary premieres.

The festival has expanded its activities to include many other opportunities for the community to enjoy. These include visual art, theatre, gaming, projection art and musical performance.

In its 6th year, the Capricorn Film Festival will draw back the opening night curtain at Yeppoon Town Hall on Wednesday 13 January at 6.30pm for the premiere of Moon Rock for Monday. It promises to be a sellout event with producer Jim Robison, director Kurt Martin and lead actor George Pullar, joining Yeppoon locals and special guests to walk the red carpet.

Thursday’s screening will include the Queensland premiere of inspirational coming of age movie Delfin, about a boy who dreams of playing the French horn in a neighbouring village’s orchestra.

For the first time, Thursday’s activities conclude with the premiere of environmental documentary, Wild Things and a special musical performance by Bundaberg artist, Chelsea Stutchbury called Butterfly in a Cave, held in the regions natural wonder, the Capricorn Caves. Wild Things tells the story of remarkable activists on the frontline of saving the planet. Director Sally Ingleton will be in attendance and talking after the screening.

Friday afternoon screening will see the Australian premiere of Days of Bagnold Summer. Directed by Simon Bird of The Inbetweeners fame, The Guardian calls it a “thoroughly sweet-natured, charming and unassuming British film”. 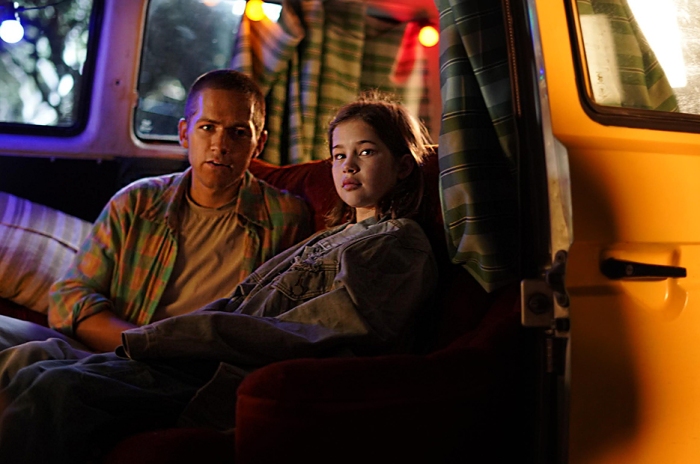 George Pullar and Ashlyn Louden-Gamble in Moon Rock for Monday.

Friday night will be a special night of cinema music and film-themed improv games at the Yeppoon Town Hall called, Cinema Memories. Capricornia Silver Band will take you back to your favourite movie scores with a tribute to the history of cinema and Rocky Improv Group are heading to the movies with a show packed with film themed games.

On Saturday compete against video gamers of all ages in the regions first E-Games competition brought to you by The Capricornian Bank. The retro games tournament will include classic games such as Tetris, NBA JAM, Mario Kart and Street Fighter with the winner of each game receiving cash prizes.

Two award winning Irish films will conclude Saturday’s events. Rosie tells the story of a mother trying to protect her family after their landlord sells their rented home and they become homeless. Produced by Johnny Depp documentary Crock of Gold is a celebration of Irish punk poet Shane MacGowan, lead singer with The Pogues, combining archive and family footage.

CAPS Short Film Festival will conclude the event featuring selected short films from around the world and locally in competition and reviewed by a jury including Australian actors and filmmakers.

This year’s theme encourages the connection and exhibition of cinema art and its perception through visual mediums.

“We are very excited to deliver this expanded cinema arts experience and screen powerful stories to the region,” says festival founder Luke Graham.

Yeppoon will be a hive of film industry activity and networking opportunities when the filmmakers and professionals arrive for the event that is generously supported by Livingstone Shire Council, Tourism and Events Queensland, Screen Queensland, The Capricornia, Bishopp and Keppel Coast Arts.

“Our supporters give us the opportunity to be able to bring experienced, award winning filmmakers to the Capricorn region and to stir the imaginations and inspiration of new generations of big screen story tellers. Hopefully lots of great connections are made that will help the creative industry grow here on the Capricorn Coast,” said Graham

Capricorn Film Festival will operate in compliance with a COVID Safe procedures as a physical event. Tickets will be pre-sold and available at box office daily with reduced attendance, no exterior screenings and cashless.

You can find out more about the festival, and purchase tickets here: www.capricornfilmfestival.com