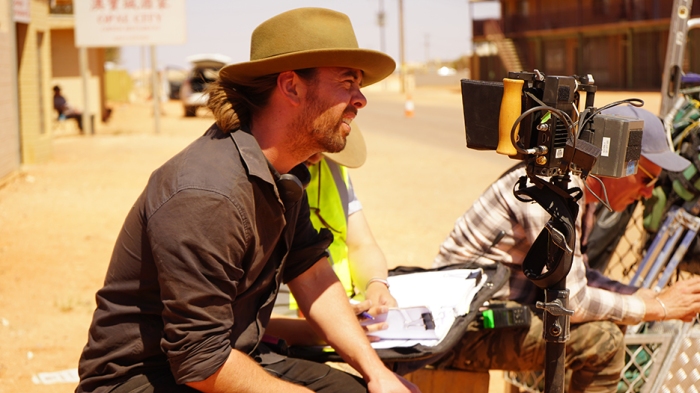 Kurt Martin on the set of Moon Rock for Monday.

Kurt Martin is a director and writer from Sydney, Australia. He has directed numerous short films, TVC’s, Music Videos, Web series and Pilot TV series, and has worked on several feature films as an assistant director (1st/2nd) including Teenage Kicks, The School, Out Of The Shadows. Kurt’s body of work has received numerous international nomination’s including Switzerland International Film Festival, Schnit Shorts, Tokyo Lift Off, Mumbai Navi International Film Festival and Los Angeles Lift Off Film Festival. His screenplay writing has also been shortlisted for the world’s most prestigious screenplay competitions, including the International prestigious BlueCat ScreenPlay Competition. Kurt is a member in the Director’s Chapter in the Australian Director’s Guild and the Australian Film Institute / Australian Academy of Cinema, Television and the Arts.

After an unlikely encounter at a train station, Moon Rock for Monday follows a young terminally ill girl named Monday who befriends a fugitive teenage boy The two travel to visit a moon rock that the girl believes will heal her.

You can read our full Moon Rock for Monday review here.

Keep an eye on cinemaaustralia.com.au for an official release date.