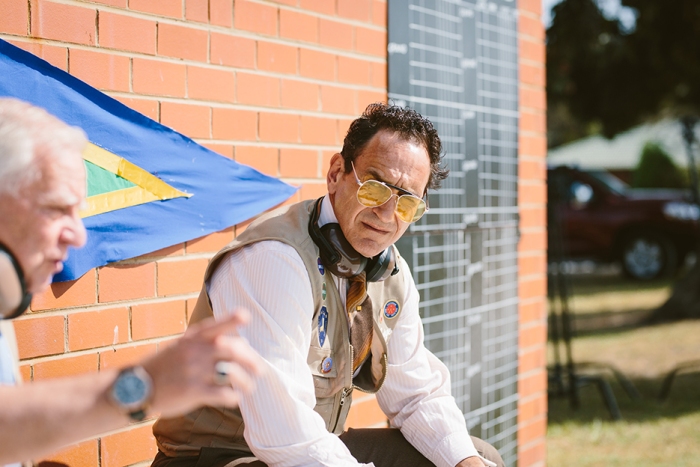 Set in late 1960’s Australia, Henry and his father George stand in the field, hunting. They are two different kinds of men and George’s overpowering nature dominates Henry’s life. George envisages success for Henry, unrelentingly pushing him to achieve. Yet when Henry does fulfil his father’s vision, his efforts are simply not enough. Always trying to please him, Henry is too young to realise that the task he has been set was impossible. A freak event causes George to re-evaluate his nature and understand his own failings.

Throughout my whole life, the idea of putting this story to film had been a quiet obsession of mine.

My great grandfather Jack McCraith lived a colourful life. Champion Clay Target Shooter. Australia’s leading Rabbit meat exporter. Entrepreneur. But he was a character that had a mythos throughout the stories that were told down in my family. A man who was tough, sometimes overtly so and a man who was unrelenting.

Contrast this with my grandfather Donald McCraith, who died when he was 27. The stories I was told about him were so vastly different. A quiet and humble man. A Champion Clay Target Shooter (who would receive his 1972 Munich Olympic Team acceptance letter weeks after his death).

A farm manager. Husband and father of two.

These stories told a tale of two immensely different men.

When I was transitioning to my Honours Degree at Deakin University, the need for a story was prevalent and impending. The only story I could think of was this one.

I consulted with the biography about Jack McCraith, “The Rabbit King” by Catherine Watson and there was a six page chapter that I read and immediately recognised what I was going to tell with this story. It was about the relationship of these two men and how their differences collided into one another.

When telling my teacher the plan, straight away they were skeptical. Could we pull off the film?

I told them yes, even though it will have firearms, live animals, dead animals, a child and will be a period piece.

I knew it was a big undertaking, sure. But I went into the project with the knowledge that making the film would be an uphill battle. A battle I was willing to take on.

Thus the research began. Looking at old photos, interviewing family members several times. Digging through archival footage. Making sure I could do the story justice.

My amazing Producers Ruby Betts and Jon Grosland came onto the project and made sure that my vision never had to be compromised in any stage. For us, it felt like we were preparing for a project a lot larger than it was, simply because there were so many difficult things that the material demanded. These two gave me the confidence to keep pushing the vision as fully as possible.

We did so many location scouts to find the right landscape and I remember when I travelled to the You Yangs north-east of Geelong, the stars truly aligned. We came across a farmer who was driving his quad bike up the same road where they shot some of the original Mad Max. He asked us what we were doing and we told him we were scouting for a film. He said “I have a farm down the road”. We followed him and he showed us this huge paddock. No power lines or sight of any modern structure. Perfect. But when we turned to look back at the You Yang Mountains, boy I smiled so hard.

My wonderful Director of Photography Danny Field and I had wanted to make something for a while and this project seemed like a perfect fit. We shot the film in a way that isn’t obvious to the audience immediately, but is noticeable by the end. Danny shot the film using wide shots, trying to encompass the landscape, which we felt was important. We also decided to use framing as a huge tool, an idea that I am super proud of still to this day. 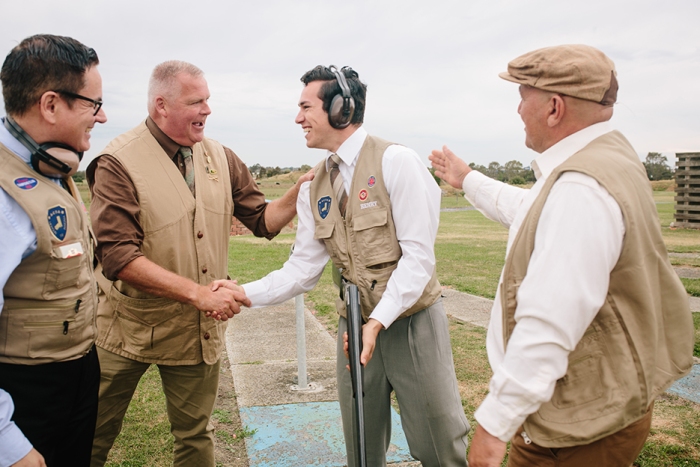 Throughout the film, the father character George always stands in the right of frame, whilst the character Henry always stands in the left. Throughout the film, this rule is always kept. During the end scene when George stands alone, the empty space on the left is intended to represent the emptiness he feels at the loss of his son. The use of the rabbit coming in from the left and then scurrying away represents the son leaving the father. Though a huge challenge to keep this, Danny did a marvellous job and I am so thankful for his involvement in the project.

My amazing Production and Costume Designer Phoenix Waddell did a brilliant job on such a small budget. Period correct set and clothing was a challenge and I was (annoyingly) insistent on everything being period correct, even down to the badges on the characters shooting jackets. The interior scenes, with details such as the porcelain ducks on the wall, the “Western Bitter” sitting on the table, the shooting magazines she had found. Couldn’t have looked better.

The weeks and weeks editing by Chloe Graham, who put up with my insistent perfectionist notes.
The score by Leon Ross. The production around Christmas time to get it finished was a challenge, but once it was done, after hearing everything put together, I did shed a tear or two. Simply because the score carries such feeling, especially at the end.

And finally the two brilliant lead performances from Stavros Psoras and Des Flanagan. When making the film, I showed my grandmother a photo of Stavros in full costume and she was so surprised with the striking similarity to the real life character. Stavros brought an authority that the character needed and the end of the film showed how easily versatile of an actor he is. Des, well what can I say. When auditioning him for the film, he made me cry with his read through and straight away I knew he was the man to bring humanity and the emotion to the role. Both did a superb job.

As my most personal film, I always wanted this project to be something that people saw and were moved by. It made them pause and think. It was a cathartic experience but draining to say the least. To finish the project was hard as I had spent almost 10 months on it, however we are beyond thrilled with its festival run.

I have been writing multiple projects throughout this period and am in Pre Production on a new short which co-written and will be directed with Chloe Graham. I can’t wait to make a new project soon as I am dying to get back to making films. Hopefully one day I may be able to turn this project into something bigger too. 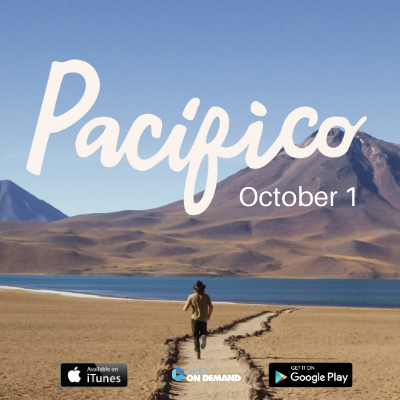