Almost an entire year’s worth of Australian films have been impacted by coronavirus. Film festivals have been forced online with limited local programming, highly-anticipated cinema releases like I Am Woman have gone direct to streaming, and other films have disappeared from studio release schedules altogether. Jeremy Sims’ Rams has been delayed four times since May.

To say 2020 has been a disruptive year would be an understatement, but a light is beginning to shine at the end of the tunnel with a bunch of Australian films recently announcing cinema release dates before the end of the year. Alister Grierson’s Bloody Hell is one of those films – and it’s the perfect blend of twisted horror and laugh-out-loud comedy to slap us out of our post-Covid slumber.

Shot in Queensland but set between Idaho and Helsinki, Bloody Hell mostly takes place in a basement where central character Rex, played by Ben O’Toole, finds himself tied up and missing a leg. What got him here is best enjoyed unheralded, but what’s keeping him here is the family living upstairs who are feeding his body parts to their cannibal son. Rex is basically a living vending machine.

Keeping Rex stable is his imaginary double – a symptom of his PTSD caused by his time serving in Afghanistan. It’s his interactions with himself that provides most of the laughs here, and it all works because of O’Toole’s genius performance as a man whose life is shaped by a series of unfortunate events. If there’s any justice in the world, O’Toole will receive a Best Actor trophy for his exceptionally outlandish performance. 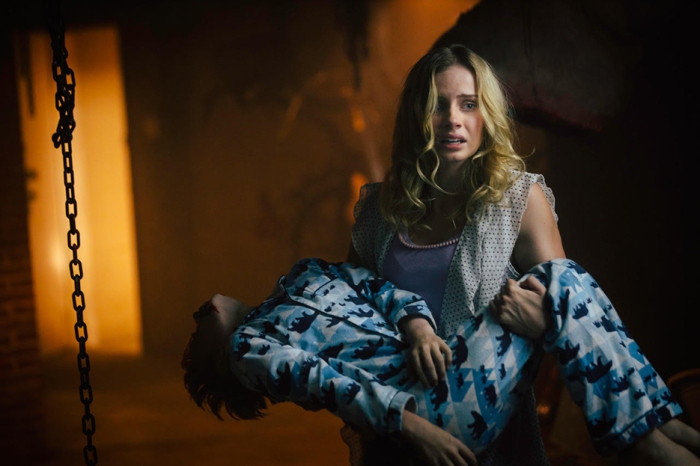 Rex’s introduction to Alia, played by newcomer Meg Fraser, is one of the most insane, gut-wrenching meet cutes you’ll ever see. Alia is a member of the deranged family upstairs but she’s just as desperate to escape as Rex is. For a first-time actor with no other feature film credits to her name, Fraser’s performance is inspiring. Keep an eye out for an almost unrecognisable Travis Jeffery who rounds out an impressive cast.

If you search deep enough there’s a subtext about not being able to choose your family, but director Alister Grierson (Sanctum, Kokoda) and American screenwriter Robert Benjamin have put all of their creative energy into a well-written, stylish, fun, edge-of-your-seat cat and mouse horror. There’s rarely a moment to breathe, and very little time for any serious underlying themes.

Bloody Hell is a masterclass in independent genre filmmaking and a great reminder that this country produces some of the best black comedies in the world. Like Down Under, Brothers’ Nest and Below before it, Bloody Hell is hilarious, completely bizarre, brutal and bloody brilliant!