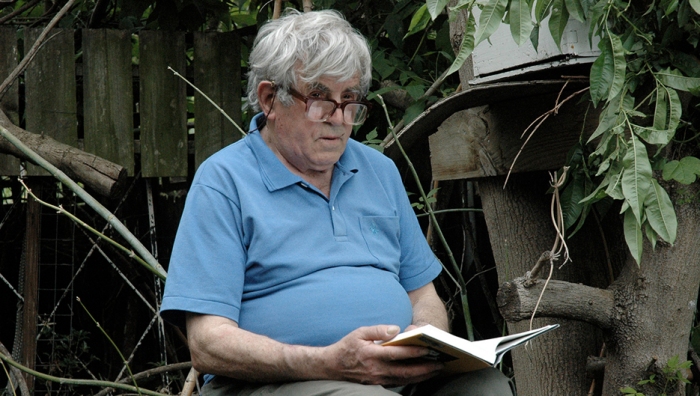 Help us continue to cover more Australian films and festivals by making a donation to Cinema Australia below.

This observational documentary is a look into the life of the titular Serbian-Australian writer. Born Sreten Božić in what was then Yugoslavia, the man now known as B. Wongar fled his homeland after the outbreak of World War II, he found up in Paris for a time, having literary adventures with Simone de Beauvoir and Jean-Paul Sartre before winding up in Australia in 1960.

He immersed himself in Indigenous culture, adopting the name B. Wongar and writing a series of acclaimed and controversial books centering on the erasure of Indigenous life by colonial authorities and in particular the effects of outback nuclear testing on Indigenous communities. And yet, while he identifies as Indigenous, his actual identity as a white immigrant has been subject to strong criticism from many corners – is he giving a voice to the voiceless, or usurping the Indigenous position at the cultural table?

Which is all fascinating, thorny stuff, and Wongar’s Wikipedia entry is worth a look, if only because director Andrijana Stojkovic keeps the focus not so much on Wongar’s storied past but his current reduced circumstances, living on his ramshackle rural property “Dingoes Den” and caring for six dingoes which he apparently believes are reincarnations of his deceased Indigenous family. Effectively a work of minimalist portraiture, the film assumes familiarity with the subject that simply may not exist for some viewers, which leaves the exercise as a kind of elliptical, opaque tone poem.

Even a dash more context would have made for a more accessible film. Still, if you’re already across Wongar’s life and career, this is worth your time.

One thought on “MDFF Review: Wongar”