Help us continue to cover more Australian films and festivals by making a donation to Cinema Australia below.

In March 2014, Australian filmmaker Joshua Belinfante was told he had only a short time left to live. Forced to confront his own mortality, he thought about what he would do with his life if he was somehow given a second chance. He realised that he wanted to travel the world and find people that were fulfilling what their inner child always dreamt of doing. At the time of his diagnosis, Joshua was studying to become a solicitor and had put off his dreams to become a filmmaker. The World’s Best Film is an anthology documentary about 13 individuals striving to be the world’s best at their passions.

The World’s Best Film director Joshua Belinfante writes exclusively for Cinema Australia about the making of his new film.

“I was in the middle of a university lecture and was told that I had something growing inside my lungs and that I needed to stop what I was doing and call an ambulance and head to the hospital.”

Presenting a film in a world currently in lockdown after travelling across three continents, 10 countries and 10 cities is an interesting position to be in!

We traversed 3 continents and 10 countries over five years. I went from as far out as Småland in Southern Sweden to the inner city depths of Bangkok, the gothic cities of Transylvania to the hustle and bustle of London and my own backyard in Sydney. Along the way I realised that everyone I met, were more or less wanting to find the same thing. A sense of purpose, something to believe in, something to focus on. Something to give back to the community they lived in. None of the people I met seemed overly concerned with placing commerce before community.

Becoming an artist and making films wasn’t something that seemed possible at an early age for me. Mainly because I grew up in an immigrant family where success meant getting a real job in a respectable profession and making an honest living. Especially coming from a family who were tailors in Poland and Russia pre World War 2.

I went to university and studied to become a solicitor whilst also studying filmmaking, my real passion. Then in 2014, out of the blue, I received a phone call that changed my life. I was in the middle of a university lecture and was told that I had something growing inside my lungs and that I needed to stop what I was doing and call an ambulance and head to the hospital.

In that moment I started to think about all the things I still wanted to do with my life. All the stories I wanted to tell, all the adventures I still wanted to take in Europe and abroad. I knew that if I received a second chance at life, that I wanted to live out my childhood dream of being a filmmaker and make the world’s best film that I could.

When I was in hospital my brother gave me some positive encouragement to think about, namely from professional wrestler Daniel Bryan; who famously throws his hands in the air and screams ‘Yes, Yes, Yes’. I did that before my surgery and I’m convinced it might have had something to do with me surviving.

It didn’t happen all at once. It all began with a short scene I filmed in Sweden called Requires Review about a mysterious enigma of a man. In 2014 I headed back to Sweden, where I spent a year abroad in 2011. I’d been obsessed with town planning at the time, and so I wanted to interview a town planner about their thoughts on a seemingly perfect city like Stockholm, to work out if my hometown of Sydney was not the only city with issues. 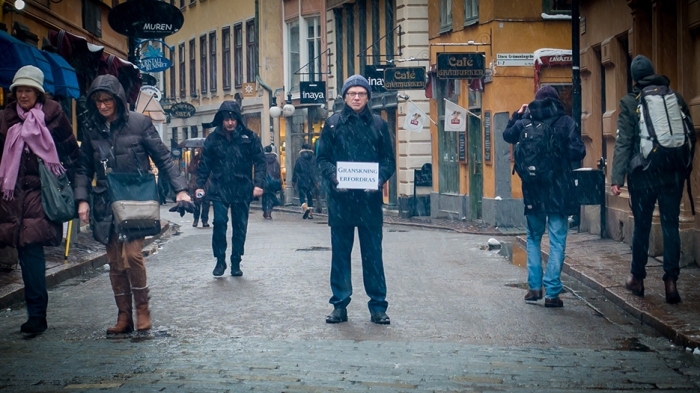 When I arrived in Stockholm’s old town, Gamla Stan, I stumbled upon a quirky placard on a famous wall by the Swedish parliament, saying “Granskning Erfordras”. I asked some locals in Södermalm about it and was eventually told a story about a grey haired outcast who had been placing placards all over the city to catch the attention of Swedish town planners. I thought, this is perfect. This is the man I must meet.

I soon discovered that Björn’s movement had gone underground and simultaneously global, with people in France, Austria, the Netherlands and Germany holding his signs stating “Requires Review” around the world.

I screened that scene for town planners at the Sydney of City Council and one Australian town planner remarked that Björn was “the Banksy of town planning”, it then erupted into a stirring conversation about infrastructure projects in Sydney. This was one of the most rewarding moments of my filmmaking career, inspiring town planners in my hometown through a story I had filmed. It was also hilarious. 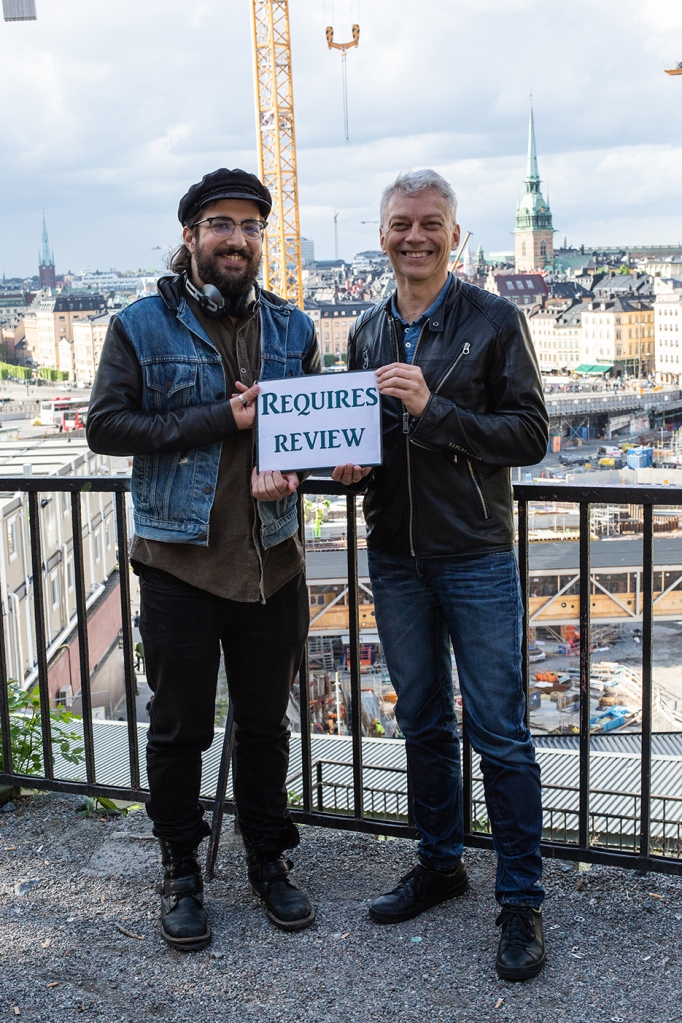 My general process of making the film was, arrive in a country, start asking questions, find weird and wonderful people. Roll the camera. Sometimes it was a simple matter of throwing myself in the deep end and embracing cultural clashes. Sometimes I had an idea in my head and wanted to find someone that fit with that concept. Another example was when I went back to Poland, for the first time as a citizen of Poland.  It was very important to me to tell a local Polish story, that wasn’t about war or conflict. To show some kind of beauty emerging many years after the conflict that had torn my family from the continent generations before.

I started to question why I was meeting these particular people. Were they all serendipitous encounters? Was the reason for me meeting these people, fate, chance or something deeper ? While I questioned this, I decided it would be fun to also include people in this story that I already knew prior to making the film, namely my puppeteering mentor Maddy Slabacu, my friend’s grandfather and holocaust survivor Kurt Fuchs and obviously my parents! I began to trace the threads of the stories I was filming and I began to realise that I had a multitude of things in common with everyone featured, whether I knew them or not. Part of this came to a head when I discovered a mysterious cupboard in my home. 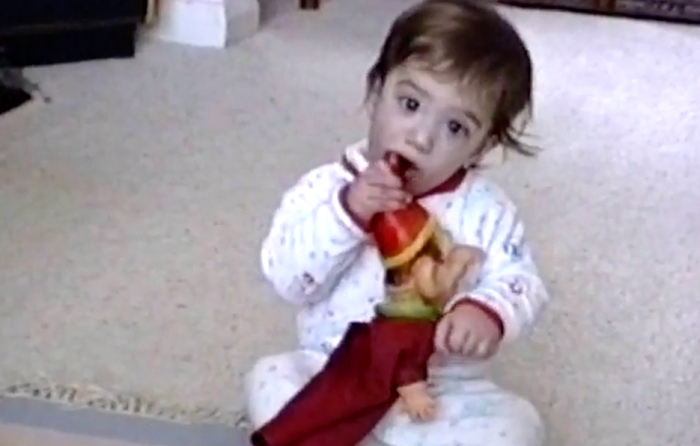 I found a stack of footage my father had filmed throughout my early years locked away at home. I was blown away by the strange links that existed from my childhood to what I was creating in my film. My dad had filmed me as a child playing with a Mr. Punch puppet, who I would later end up filming as part of one of the scenes about World’s Best puppeteer, Maddy Slabacu. He had filmed me being driven around on a tractor by my brother and…okay that one is a stretch, but it did make me feel something about the time I sat in the backseat of Narong Sairat’s taxi cab in Bangkok. There were these bizarre connections between my past and my present. I discovered that my personal connections to my childhood were important to show the audience, not only so they could maybe think about their own childhood aspirations but also as a means of connecting to the personal reasons why I was telling these particular stories, even against my own conscious decisions. Time and timelines began to fade away when I did this. The film became an emotional timeline and the years began to merge together, much like how our memories work when we reflect and move forward with our lives.

I believe that everyone around the world is trying to find something they love, to discover something meaningful and worthwhile to do with their time. There is a level of privilege in taking a step back and questioning your path, some people don’t have the opportunity to do that and are thrust into the occupation or role they were born into. I hope that one day people around the world can have the freedom to do what they’ve always wanted to do and live their best life.

Here’s the trailer to my globe trotting adventure. I hope it may inspire you to do what you’ve always wanted.

I’d love to hear about your journeys and what you guys might be the world’s best at on www.facebook.com/theworldsbestfilm