The first trailer has been revealed for new Australian horror film Relic which is being compared to acclaimed films like The Babadook and Hereditary.

The disturbing psychological horror is the first feature film for director Natalie Erika James following a handful of short films, including the distressing Tritch (2011) which follows a wealthy Shanghai housewife haunted by the ghost of the daughter she once aborted. Natalie also worked as a director’s attachment to Leigh Whannell on Australian sci-fi horror, Upgrade.

Relic premiere at the Sundance Film Festival at the beginning of the year to critical acclaim with rogerebert.com praising the film for turning horror on its head. The film boasts and impressive cast including Emily Mortimer, Bella Heathcote, Chris Bunton and Robyn Nevin. Does anyone else get the impression this is the film role Nevin was born to play? 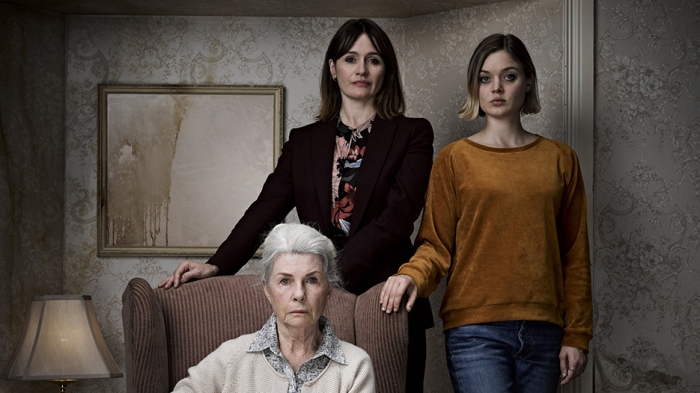 Here’s the Sundance Institute synopsis for the film:

When octogenarian Edna inexplicably vanishes, her daughter Kay and granddaughter Sam rush to their family’s decaying country home and find clues of her increasing dementia scattered around the house in her absence. After Edna returns just as mysteriously as she disappeared, Kay’s concern that her mother seems unwilling or unable to say where she’s been clashes with Sam’s unabashed enthusiasm to have her grandma back. However, as Edna’s behavior turns increasingly volatile, both begin to sense that an insidious presence in the house might be taking control of her.

An Australian release date is yet to be announced.