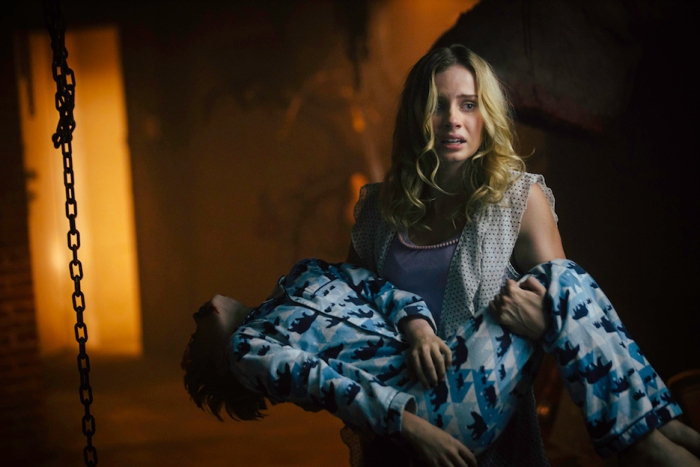 18 Australian films will screen at this year’s Gold Coast Film Festival including I Am Woman, Slim & I, Swimming For Gold, Never Too Late, Smoke Between Trees, Disclosure, Hearts and Bones, Iron Fists and Kung Fu Kicks, A Lion Returns, House of Inequity, Tommy Emmanuel: The Endless Road, Dark Whispers Vol 1, The Show Must Go On, Ellie and Abbie (and Ellie’s Dead Aunt), Morgana, Love Opera and Bloody Hell.

Running from April 15-26, the festival will open with I Am Woman, the debut feature film from Unjoo Moon and one of the country’s most anticipated films of 2020.

The screening will be one of 24 premieres held during the festival, including the closing night Australian Premiere of Bloody Hell, a dark, comedic thriller shot on the Gold Coast. Producer Brett Thornquest and actors Ben O’Toole and Meg Fraser will take part in a Q&A following the screening.

The Queensland film industry will also come together for the Screen Industry Gala Awards (16 April) which will include the awarding of the Chauvel Award for an individual’s significant contribution to the Australian screen industry to film producer, Sue Maslin AO.

New for 2020 is Pitch in Paradise, Queensland’s new market event for narrative film and TV projects. The two day event (16-17 April) is a pitching and one-to-one meeting opportunity bringing together screenwriters, producers, production companies, broadcasters and financiers. In partnership with Queensland Writers Centre, the event also includes the book-to-screen pitching event ADAPTABLE, with 25 authors attending to pitch their works.

“In addition to our incredible opening and closing night films, I’m thrilled that we are hosting the world premiere of Slim & I, the incredible documentary that shines a light on Joy McKean, Australia’s own ‘Queen of Country Music’, and her enduring partnership with Slim Dusty,” Festival Director Lucy Fisher said.

“It will be an honour to welcome Joy and the film’s director Kriv Stenders and producer Chris Brown on the red carpet at HOTA and participate in a Q&A after the screening.

“This year we also have a first for the festival with a special screening of the first two episodes of the second season of AACTA and Logie-Award winning drama TV series Mystery Road and look forward to hearing the behind-the-scenes stories from directors Warwick Thornton and Wayne Blair and producers Greer Simpkin and David Jowsey.”

More highlights of the festival will be the Gala Screening of Never Too Late with legendary actor Jack Thompson and producer Antony Ginnane in attendance on Saturday 18 April.

Award-winning actor Hugo Weaving will also attend the festival and take part in a Q&A following the screening of the gripping drama Hearts and Bones on Tuesday 21 April.

“With so many Queensland-made films in the program, the festival truly showcases the strength of our state’s growing screen industry which supports jobs for local directors, producers, writers, actors and more,” the Premier said.

“As one of our major film events, supported by Screen Queensland and Tourism and Events Queensland, the festival presents an opportunity for local audiences to celebrate the hard work and creativity of these Queenslanders, who make movie magic right here in our own backyard.

“This festival is a highlight of the local events calendar and attracts thousands of people each year, shining a spotlight on Queensland’s thriving $1 billion screen industry, which employs more than 7100 people across the State.”

Screen Queensland CEO Kylie Munnich said it was proud to be an ongoing major sponsor of the festival through the Screen Culture Funding Program, which supports a multitude of film events around Queensland.

“We look forward to yet another highly successful year and encourage everyone in the south-east to take advantage of this year’s diverse program, including Screen Queensland-supported films Bloody Hell, Slim & I and Swimming for Gold,” said Ms Munnich. 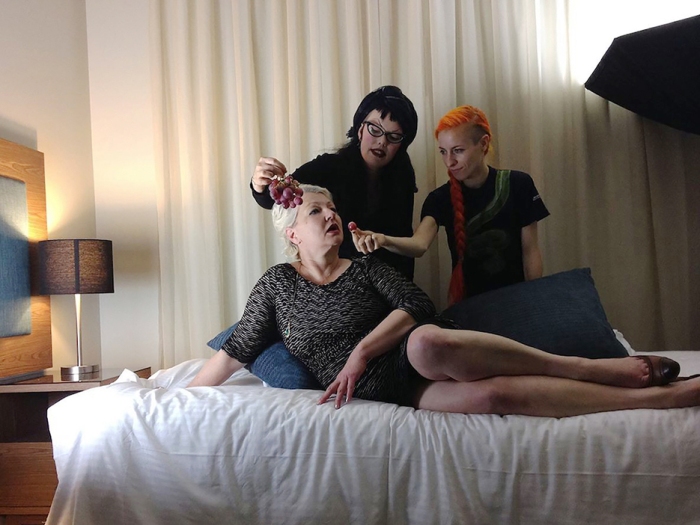 “We invest in events because we know they drive people to the region, boosting the economy and supporting local jobs,” Ms Jones said.

“The Gold Coast Film Festival is expected to welcome close to 10,000 people, many visiting from outside the region.

“This program has something for every film buff. You can’t go wrong with an awesome lineup of  movies on the Gold Coast – one of the most sought-after tourism destinations in the world.

“From humble beginnings, the festival has grown to become an important fixture on the Gold Coast’s events calendar. We know 2020 will be bigger and better than ever.”

City of Gold Coast Mayor Tom Tate said the film industry continued to embrace the benefits of working in the city.

“The Gold Coast is famous for rolling out the red carpet and it’s no different for the filmmakers who choose to create their film and television productions here,” he said.

“We have a thriving film community on the Gold Coast, which is reinforced each year by this tremendous festival that unfolds in cinemas, parks, hotels and other venues across the city.”

Among many highlights, the festival will host the local cast and crew of Swimming for Gold at its world premiere. Filmed entirely in Queensland, the film was produced by Steve Jaggi and directed by Hayley Macfarlane. 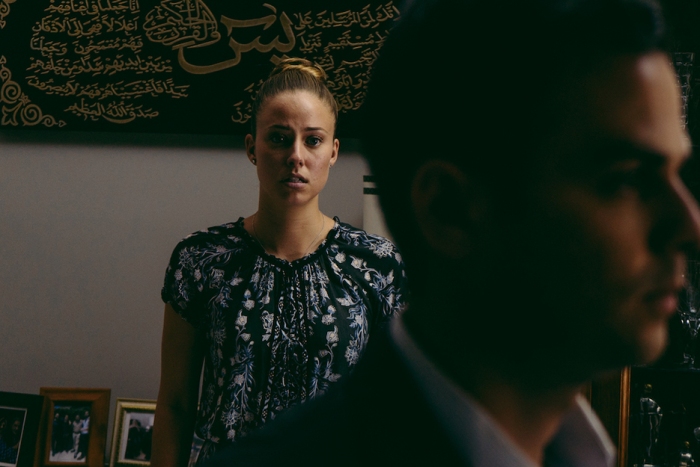 Crowd favourite at the Mardi Gras Film Festival, Ellie and Abbie (and Ellie’s Dead Aunt) will screen with director Monica Zanetti and actors Sophie Hawkshaw and Zoe Terakes in attendance.

The films in the running for the festival’s Blackmagic Design Best Australian Independent Film Award are Disclosure, Smoke Between Trees, A Lion Returns and Morgana.

The festival will also provide filmmakers, actors and film students with a wide range of professional development opportunities, including industry panels and in-depth workshops on pitching, screenwriting and editing.

Navigating your Child’s Career with Angie Simpson will see the Gold Coast mum share advice and tales from her own amazing journey, which saw the family move to Los Angeles for eight years as she successfully supported her chidren’s dreams after a 13-year-old Cody was discovered on YouTube.

The Gold Coast Film Festival is supported by the Queensland Government through Tourism and Events Queensland and features on the It’s Live! in Queensland events calendar, worth $880m to the state’s economy in 2020.

For more information and to purchase tickets, visit www.gcfilmfestival.com 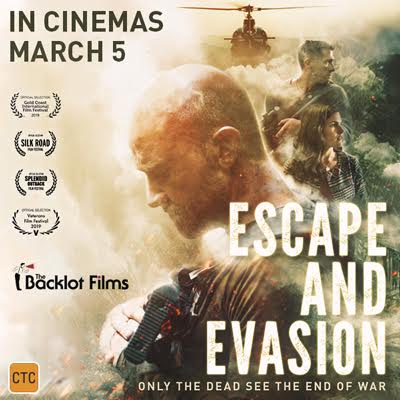 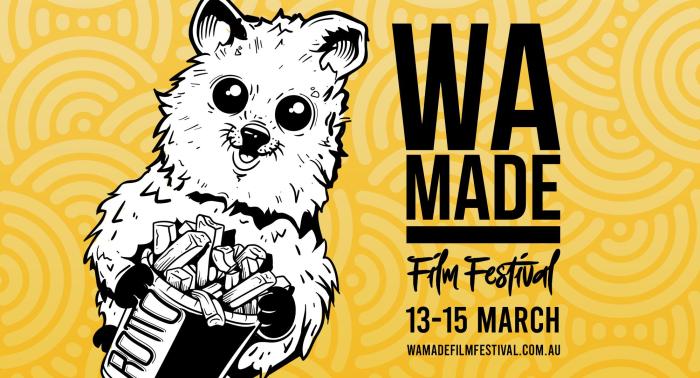