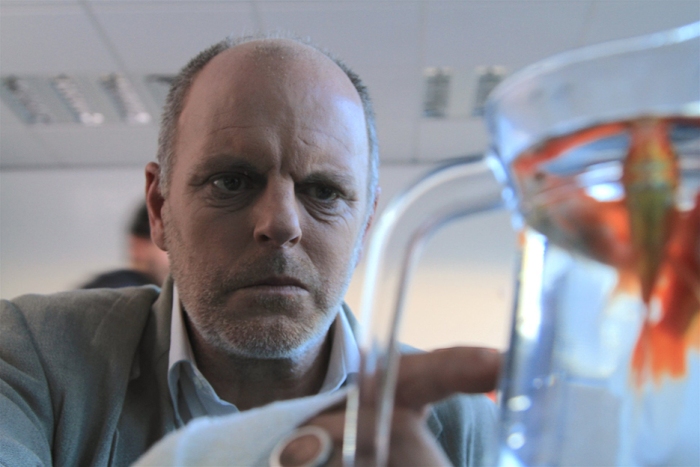 Melbourne production company, Bamyasi Media has released a trailer for Monkey Man, an upcoming dark comedy web series. Monkey Man stars comedian, Greg Fleet as Miles Shuman – A once-celebrated children’s entertainer, reduced to a twisted, child-hating dissolute living a life of hedonism and rejection. Miles ﬁnally gets a last chance to redeem his foregone glory when eccentric German ﬁlmmaker, Werner Herzog approaches him for the role of a lifetime.

Miles’ antagonist in the series is Jerry Krakowski, played by Brendan Bacon (Underbelly, Ronny Chieng: International Student). A notorious mercenary and loanshark, Miles has found himself indebted to. Despite his violent profession, Jerry is also a proud champion of social issues and passionate about helping the youth of today. In furthering this mission, Jerry has taken on a young intern, Tony (David Todman) and tasked him with collecting Miles’ debt – alive or dead.

The series features an ensemble cast of Melbourne talent. Veteran Australian actor, John Flaus (Jack Irish, The Castle) appears as the voice of Moo Moo the Monkey. Moo Moo is a hallucination of Miles’. A dark and perverse version of his former children’s character, Moo Moo is the devil on Miles’ shoulder encouraging his darkest and destructive impulses.

The series is being developed by Bamyasi Media, a production company founded by 20-something ﬁlmmakers: Tim Shaw, Spencer Hurley and Joe Eidelson. The trio are the youngest Australian ﬁlmmakers to undertake a web series of this scope.

The ﬁlmmakers hope their series will be an agent for change in Australian television. Monkey Man’s producer, Joe Eidelson says, “Comedy TV in Australia is rapidly trending towards the safe and the stale. In making this program, we hope to revive Australia’s fading tradition of irreverent and risqué comedy.”

The team have completed the ﬁrst episode of the series and are planning a crowdfunding campaign to raise funds to shoot season one. When complete, Monkey Man will be released on YouTube.