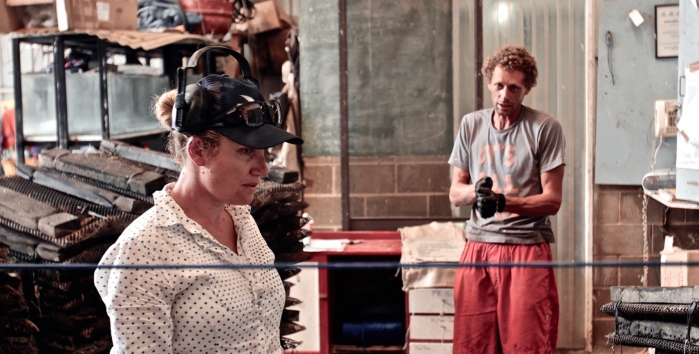 Oyster follows Dom and his wife Pip at home, their work shed, and on the water, to see what it’s like to raise two energetic young boys, while you’re working long hours to keep a few million oysters alive.

A delightful portrait of a NSW South Coast oyster farmer, his family and the precarious three year journey it takes to bring his Sydney rock oysters to market.

A punt glides over Merimbula Lake on the NSW South Coast, with passionate young oyster farmer Dom at the helm. It’s a romantic picture of tranquil beauty and a life close to nature. But Dom and fellow locals swear the water’s getting warmer and the storms more severe. The Sydney rock oyster takes three years to mature and is highly vulnerable to pollution, diseases and changes in water temperature and salinity.

Oyster will screen at this year’s Sydney Film Festival with quests Pat Fiske and Kim Beamish in attendance. Details here.