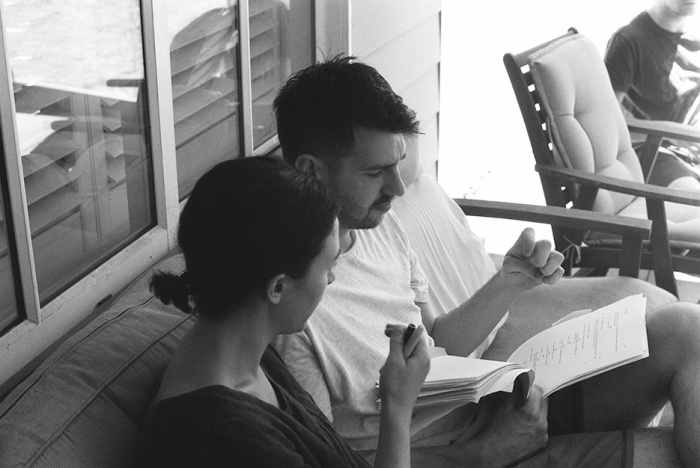 Caitlin Farrugia and Michael Jones on the set of So Long.

So Long is an examination of life post breakup. It follows Emily and Ray, played by Kimberly Lisle and Eva Seymour, as they grapple with their new lives without each other around.

It’s co-written, produced and directed by Caitlin Farrugia and Michael Jones who’s last film together was Lazybones which had a successful run on the festival circuit and is soon to be released digitally via Umbrella Entertainment.

In this Podcast, Caitlin and Michael take us back to the beginning of their creative relationship, discuss their two features Wolf and Lazybones and take through their unconventional processes of making So Long.

So Long is about to have its world premiere at the Melbourne Queer Film Festival on March 18 which will also include a Q&A. You can get your tickets at http://www.mqff.com.au.