Bad Blood reunites Spin Out co-stars Xavier Samuel and Morgan Griffin, although from memory this was shot before the Tim Ferguson vehicle.

Carrie (Morgan Griffin) is in love with her new fiancé Vincent (Xavier Samuel), a handsome and successful author. Vincent is besotted with Carrie, she’s everything he’s ever dreamed of. However, he’s harbouring a dark secret from his past and on top of that he’s experiencing a series of strange daily occurrences.

It’s almost as if someone is following his every move. Who’s following him? And what do they want? When Vincent asks Carrie on a romantic weekend away to celebrate their engagement, cracks start appearing that threaten their happy and secure relationship. And maybe even their lives. 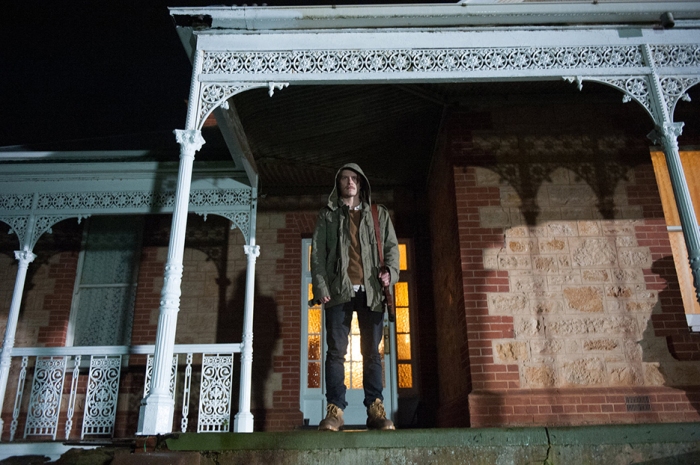 Bad Blood is being described as a sophisticated thriller with an undoubtable Hitchcock vibe.

Bad Blood will have its world premiere at the Adelaide Film Festival early October. More details about the film can be found here.