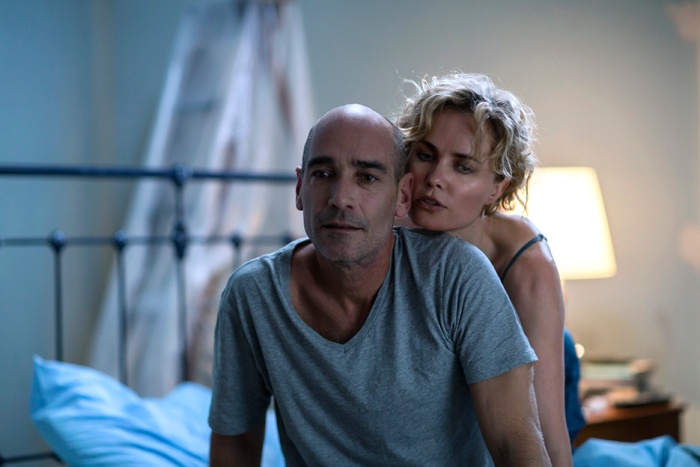 Ray (Jean-Marc Barr) & Iris (Radha Mitchell) in Whoever Was Using This Bed. Photo by Mark Rogers.

“If I felt like the fearless leader, it was only because I knew I was in such good hands.”

Whoever Was Using This Bed is my third short film, and my second adaptation of a story by Raymond Carver. I had previously directed Hugo Weaving, Abbie Cornish and Sullivan Stapleton in Everything Goes, based on Carver’s story “Why Don’t You Dance?” That film was an international festival success, and Tess Gallagher, Carver’s widow, admired it enough to allow me to option another of Ray’s stories.

The film is a humanistic drama that explores irrational fear, and how this fear infects a co-dependent married couple, Ray and Iris (played by Jean-Marc Barr and Radha Mitchell). They are woken up in the middle of the night by a mysterious phone caller (voiced by Jane Birkin), who’s looking for her lover. Unable to sleep, Iris starts to ruminate on feelings that are perhaps best left unspoken, even between lovers. Ray tries to allay her fears, but he’s inexorably drawn in. In the morning, Iris asks Ray to make her a terrible promise that betrays his own beliefs.

The film’s script was nominated for an AWGIE Award for Best Unproduced Screenplay in 2009. I was blessed to have Laura Jones, a brilliant screenwriter, as a script consultant throughout development. Needless to say, the adaptation felt very pared back and Carveresque by the time we went into pre-production.

In 2005, when I was at the Clermont-Ferrand International Short Film Festival in France with Everything Goes, I’d snuck off into town to see Woody Allen’s new film Melinda and Melinda. I was captivated by Radha Mitchell’s beautifully nuanced performance, and I thought, “I’ve got to work with this wonderful actress.” I wrote the role of Iris with Radha in mind. I was thrilled when she agreed to do the film, because I couldn’t imagine anyone else playing the part. Radha brought great clarity and truth to a complex and unpredictable character. She gave something different to every take and that’s always exciting.

Ray (Jean-Marc Barr) in Whoever Was Using This Bed. Photo by Mark Rogers.

Jean-Marc Barr was cast later, at Radha’s suggestion. I’d first seen him in Luc Besson’s The Big Blue when I was a teenager; his enigmatic performance left a lasting impression on me. Jean-Marc and Radha had recently appeared in the US film Big Sur, playing Jack Kerouac and Carlolyn Cassady. Their brief scenes together highlighted an undeniable on-screen chemistry and sexual tension. It felt like they could play a couple with a rich and unspoken sense of history, which is exactly what I was looking for. Jean-Marc is a poet and was perfectly attuned to the rhythms of the film’s dialogue. He has tremendous gravitas and a strong gasp of cinematic language. He raised the bar whenever he was on set.

I wanted Jane Birkin as The Caller because I’d been haunted by her reading of a poem by her late nephew, Anno. The fragility and sensuality in Jane’s voice felt like something from another time and it occurred to me that The Caller might in fact be a ghost. I met with Jane during her Australian tour performing the songs of Serge Gainsbourg and thankfully she agreed to play the part. We recorded her performance in Paris. 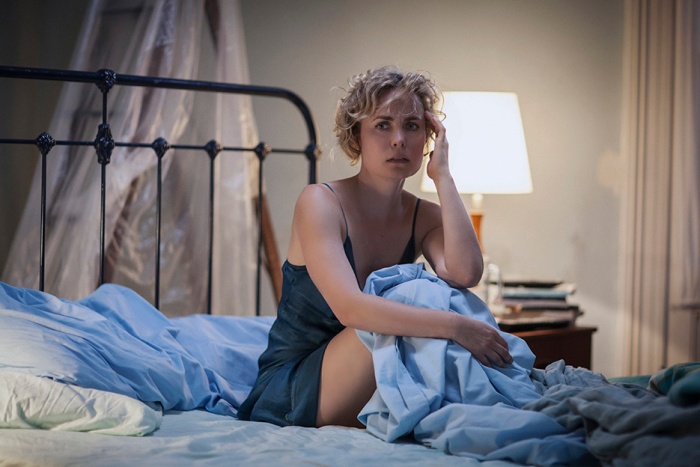 Iris (Radha MItchell) in Whoever Was Using This Bed. Photo by Mark Rogers.

We shot the film over five intense days with a great crew. It truly was the A Team. I learned a great deal. There was an extraordinary feeling on set and the beauty of the rushes on day one spurred us on. If I felt like the fearless leader, it was only because I knew I was in such good hands. DOP Geoffrey Simpson and I were well prepared and any creative compromises on set happened easily and without confusion.

Most of our post-production funds were raised via crowdfunding on Kickstater, and I was deeply touched by how many people in the Australian film industry donated to the film. Editor Roland Gallois and I had three weeks at Spectrum Films for the fine cut, and we test screened during this time. I think it’s important for a director to feel the film with an audience. You get such a vivid sense of how the film is communicating.

Filmmaking is collaboration. The film simply wouldn’t have happened without my co-production partner, Marie Slaight from Altaire Productions. We share the same dry sense of humor. Making independent films these days is tough and sometimes you just need a glass of wine and a good laugh! 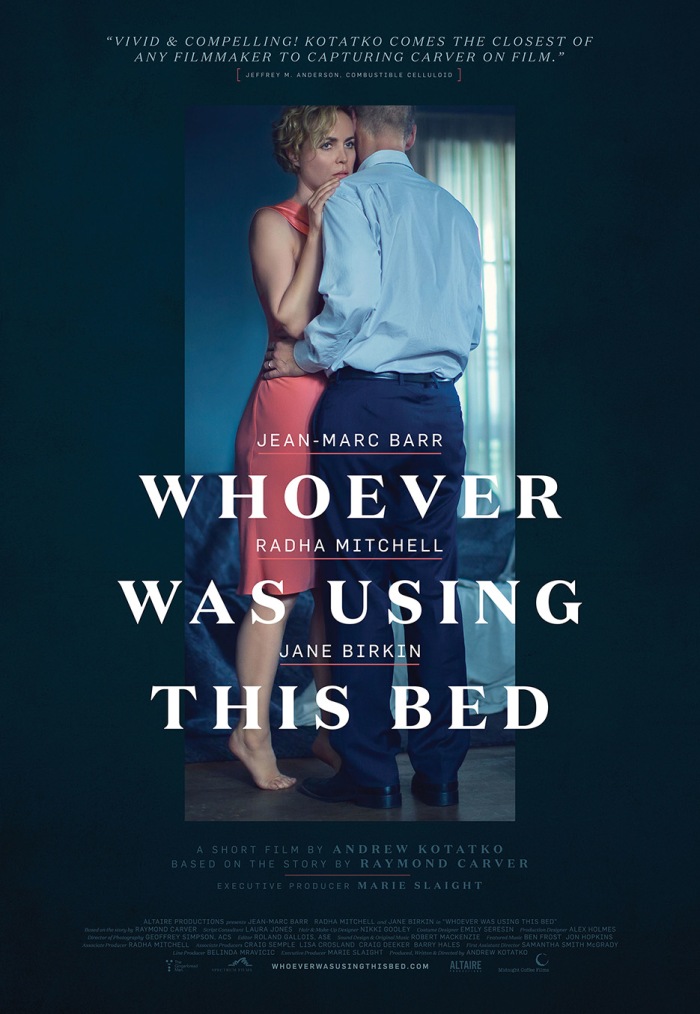 Whoever Was Using This Bed is screening at the 33rd St Kilda Film Festival in Session 6 on Saturday 21 May at 7:30pm. Tickets and details here.

Whoever Was Using This Bed is also screening at CinéfestOZ in August. Tickets and details here.