Cinema Australia readers have been given an exclusive first look at Ryan Neil Butlers new short film, An Afterlife.

“An Afterlife is my first film that will showcase my abilities,” Butler says. “It’s complex, arty and nothing like I’d done before. Challenges that were presented, which would have once been met with trepidation, were met with a stronger, ‘bring it on’ attitude. I am proud of the vision I have created for this film, despite it’s opposing view to the writers vision. I feel I have captured my view of the afterlife as presented in the script and I look forward to hearing audiences own interpretations. If people leave the cinema arguing the “what ifs” of what happens when we die I’ll have done my job.”

Andrew Groundwater as Jason in An Afterlife.

Is there life after death?

Everyone has asked this question, but Jason believes he knows the answer. He isn’t a holy man, a psychic or even religious. He’s a prisoner in the midst of being put to death by lethal injection. 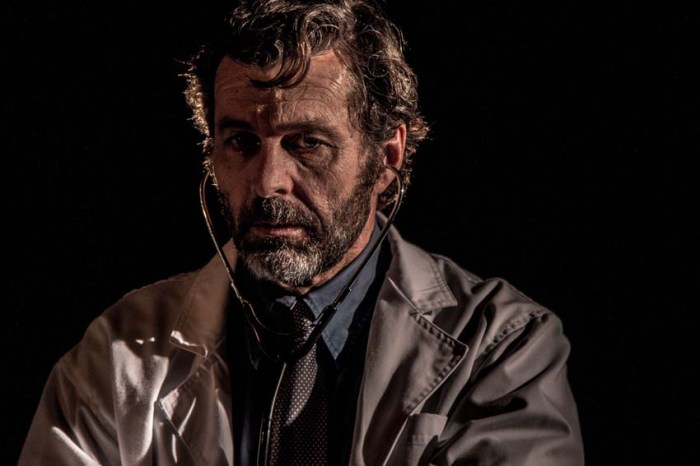 Joss McWilliam in An Afterlife.

Before his execution, he questions the afterlife. Is there a heaven? Hell? Or a promised land? His questions lead to one conclusion. When we die that’s it, with one exception, the last few minutes of life. The brain knows it’s dying and in one final burst of mortality allows a person to experience a dreamscape that can seem to take a week, months or even an eternity. The brain becomes the place known as the afterlife.

Kiki Townley in An Afterlife.

In Jason’s world, MARY (50), Jason’s mother, wants him to join her at church even though he’s an atheist. SUE, his sister (20s), appears to be a gym junky. And Jason’s father, JOHN (55), represents various aspects of Jason’s life; from the MAN he appears to kill, to a PRIEST, a JUDGE and even the jury. Jason’s afterlife seems to be set in stone and it leads down one path. Jason will rot in hell. 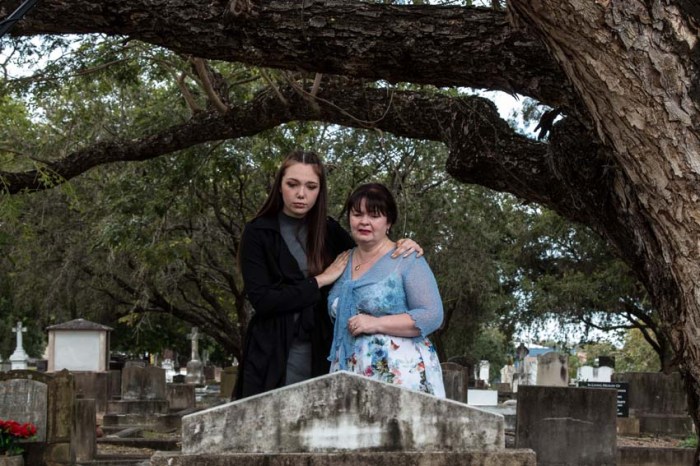 Kiki Townley and Linda Millar in An Afterlife.

Jason succumbs to the lethal injection. The final moments of his brief visit on earth become a brain-generated afterlife and then it’s over. Or is it? Because in an afterlife nothing is ever what it seems!

You can keep up to date with An Afterlife on the film’s Facebook page here.

One thought on “Exclusive! Your first look at Ryan Neil Butler’s An Afterlife”