The 25 Feature Films In Competition for the 4th AACTA Awards are: 52 Tuesdays; AROUND THE BLOCK; The Babadook; Backyard Ashes; Canopy; Charlie’s Country; Fell; Felony; Galore; Healing; I, FRANKENSTEIN; The Infinite Man; The Little Death; My Mistress; THE MULE; Predestination; The Railway Man; The Rover; Son Of A Gun; These Final Hours; Tracks; Turkey Shoot; The Water Diviner; William Kelly’s War; Wolf Creek 2.

Feature Films in Competition can be seen at the 4th AACTA Awards Screenings, 6 – 23 October in Sydney and Melbourne and online via AACTA TV, available any time anywhere.

The Feature Films in Competition for the 4th AACTA Awards demonstrate a strong year in Australian filmmaking.

In addition to the number of films competing, up from 15 last year, eight filmmakers are former Award winners/nominees, including veteran filmmaker Rolf de Heer, who holds six AFI Awards. 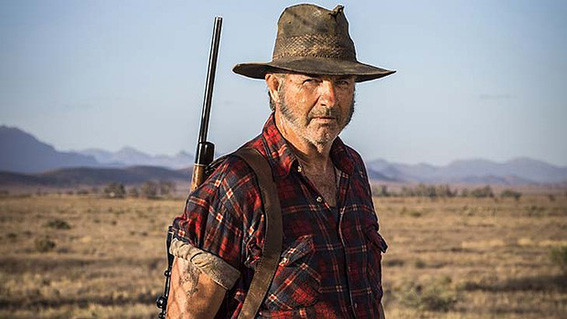 Attesting to the strength of Australian filmmaking globally, at least 10 Feature Films in Competition have already received critical acclaim at the world’s top film festivals, including Cannes Film Festival, and a record number of Australian films have, or will have had, a US release this year.

“One of the most exciting shifts in this year’s AACTA Awards is the level and breadth of competition, meaning anticipation around the Awards will be greater than ever.

“The Academy is thrilled to see that almost half of this year’s films were made by first-time filmmakers, confirming what our President, Geoffrey Rush, has noted in recent years; the vibrancy and dynamism across the Australian screen industry is producing an exciting new generation of artistically and technically talented filmmakers. 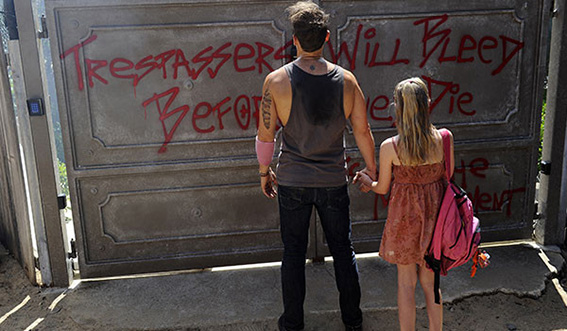 “In an interesting emerging trend, a number of films have leveraged new avenues beyond traditional theatrical releases, such as Festivals, social media and online platforms, to increase audience numbers and engagement. These include The Babadook, which not only took Sundance Film Festival by storm, resulting in greater awareness and distribution potential, but also helped fuel the trend towards crowdfunding following its success as one of Australia’s first mainstream crowdfunding campaigns for a Feature Film, raising $30,000 via Kickstarter,” Trewhella said.

Trewhella said that this year marks a strong year for women in Australian film, with nine Feature Films in Competition either having female leads, including Tracks (Mia Wasikowska), or female-led storylines, including52 Tuesdays (which also featured a female as the lead role, and was directed by a female filmmaker, three-time AACTA Award nominee, Sophie Hyde).

“That many of the female talent involved with this year’s Feature Films in Competition, both behind and in front of the camera, are AFI and AACTA Award winners and nominees reinforces the importance of the Awards in securing new productions as well as new opportunities for our industry.

“Our research shows that, as Australia’s highest screen accolade, an AACTA Award win creates new opportunities for our talented industry both here and abroad. Coupled with the fact that some of this year’s Feature Films in Competition have already achieved substantial global Box Office takings (with The Railway Man on $22million, and I, Frankenstein with $71million), and a number have already received international acclaim, I look forward to this year’s AACTA Awards further connecting our best films with audiences at home and around the world,” Trewhella said.

Notes Regarding Feature Films in Competition
These are the Feature Films deemed eligible to compete, either automatically (having achieved a five capital city cinema release), or through jury pre-selection (two to four capital city release or alternative distribution pathway). The Academy notes an amendment to theatrical release dates for Feature Films in Competition applicable to the 4th and future AACTA Awards (unless stated otherwise) as follows. Following consultation with the industry, to be eligible for competition Feature Films will now need to have had a theatrical release in Australia for the first time during the calendar year (1 January to 31 December), as opposed to November through to November as was previously the policy. As this amendment had not been implemented at the time of calling for Feature Film entries in May 2014, Feature Films which had a release date between 7 November 2013 (as was stated at the time of calling for entries) and 31 December 2014 will be eligible for competition for the 4th AACTA Awards. Feature Film nominations will be announced later in 2014, and winners will be announced at the 4th AACTA Awards in Sydney in January 2015.

The AACTA Awards are supported by the NSW Government, through Destination NSW, and are a key creative industries event on the NSW Events Calendar.