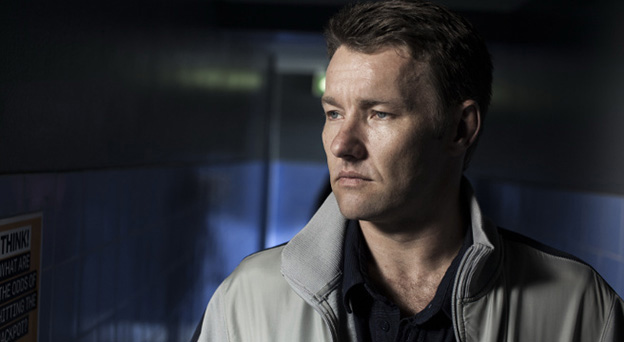 Allowing just ten minutes to interview two filmmakers with such a rich history in Australian cinema should be considered a felony in itself. It’s not an easy task to interview two personalities as big as Matthew Saville’s and Joel Edgerton’s in such short time, but their generous answers gave me plenty to work with.

Tell us about how you two met and when you decided you wanted to work together.

Joel: Well we met on (dating app) Grindr. [Laughs]. No, we didn’t meet on Grindr. I had written the first draft of this film, and I had tracked Matthew down, because I had seen his film Noise, and I had to get this guy the script and see if he’ll read it. He did, and that’s how it all started. We’ve now known each other for fucking seven years.

Wow, so that’s how long ago you had written the script?

Joel: Well it was 2006 when I had contacted Matthew and slowly we would meet up and keep working on the script, because I had my stuff going on as an actor and Matthew had all kinds of stuff going on. We weren’t rushing things but we cared enough to keep pushing it along. Finally we realised, particularly with the help of (producer) Rosemary Blight, that we really had a chance at making this thing. So Rosemary worked hard at raising the finances while we kept honing the script.

Matthew, you’ve done some amazing work directing comedy with shows like We Can Be Heroes and Please Like Me. Are there any parallels between working on comedy and a drama like Felony?

Matthew: Heaps. It’s all story telling. You reply with the same principals but just slightly different. Usually it’s the rhythm. And the style of comedy that I like to work with is more, what they call Dramedy, like Please Like Me – it’s got very dramatic elements to it. When you’re doing drama, you’re in trouble if it’s humourless. Carl’s (Tom Wilkinson) got some funny lines in Felony and I think you need that to break the tension a little bit. I don’t consciously change my methodology because of the genre or because of the medium. It’s more the text itself and that generally speaks to you and teaches you how to direct.

Do you prefer one or the other? Comedy or drama?

Matthew: I sort of get bored with too much of doing the same thing. And I wouldn’t say that it’s conscious but luckily there will be a couple of dramas and then I’ll be able to do a comedy and muck around and have a bit of fun. I’m sure it’s the same with actors, but I live in fear of being pigeonholed.

Joel: Some actors do. And I think that it’s kind of a rare thing that directors jump that dramatically from a movie like Noise to a show like Please Like Me and then back to a movie like Felony. A lot of people tend to find their wheelhouse and stick with it.

Matthew: And I really admire people that have that and have that style. I recently saw Grand Budapest Hotel and I really loved it and I love all of Wes Anderson’s work, but they’re all sort of the same thing. Personally, I’d be like, ‘Oh this again?’. Again, I really admire that Wes hones this very particular and specific vision, but that’s not me.

Joel: Artists are the same. A friend of mine was an artist who painted in the same way that we’re talking about jumping around different styles. He paints a portrait, then he paints with ink and the galleries say they can’t really exhibit the work because there’s no unified theme to it. But I’m all for Matthew’s theory – I don’t want to get stuck banging away on the same drum.

Matthew: And in Australia you have to have a few arrows in your quiver or you’ll be unemployed for great spaces of time. In America, because the industry is so big, you can get away with doing the same thing. I’ve got an agent in America who gets very frustrated because of my lack of definition. They just don’t know where to put me. [Laughs].

Matthew: [Laughs]. They signed me on when Noise played at Sundance and I don’t know what they made of Cloud Street. I think they just scratched their heads and thought it was really weird.

Joel: They made a doorstop out of it. [Laughs].

Matthew: [Laughs]. With Please Like Me, they thought they had signed this guy who did thrillers and now he’s doing gay themed dramas.

Malcom’s situation in Felony is so morally wrong. Did either of you find yourself thinking about how you would act in a similar situation?

Joel: I had to. I had to put myself in his situation during the entire writing process. And that’s the reason that the movie exists in the first place – that supposition that you would behave with heroic integrity in the aftermath of making a mistake. It would be impossible to say with complete certainty – unless you’ve been in the situation – how you would act. We’re inviting the audience into that question to. I was almost tempted to put the strapline ‘What Would You Do?’ on the poster.

Matthew: Although, I love the strapline that somebody came up with because…

Matthew: …and Malcom. That’s the sort of notion that we were conscious of when we were working on the script but I also think it revealed itself to us when we started seeing the performances. They’re at lease cast from the same mould.

Joel: They’re the evolution of the same person through life – from the young idealogical, rule book version of a child viewing the world to a guy like Tom looking back and laughing at the rules. 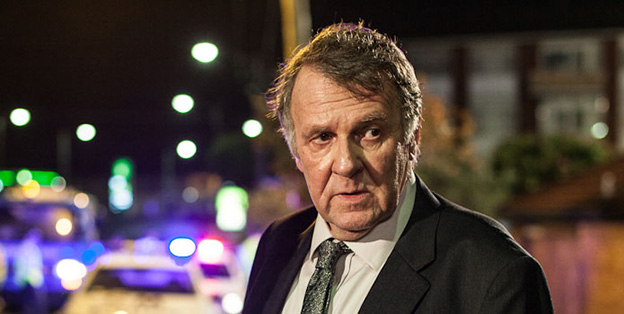 As far as Tom Wilkinson goes, he pulls off an incredible Australian accent in the film. Did he do much accent coaching or was it something he brought to the film himself?

Matthew: He rocked up and he just did it. You know, with Tom he kind of just does what it says on the can. You know he can do accents and you know he can act and that’s what happened. The first time I actually met him in person was on set of Felony. When he flew in we were already shooting so I didn’t even get to met him in a wardrobe fitting. When Tom first read the script he really loved it and he wanted to talk to me on the phone and it was just harrowing for me. But I was trying to seduce him and make it really easy for him to decide to do the Australian accent. I said, ‘Mr. Wilkinson if it’s too much to do an accent then we’re happy to make the character English because I know it’s difficult to do an Australian accent.’
So he rocks up on set with an Australian accent and he tells me I need to work on my telephone manner because he thought me telling him not to do an Australian accent was just wrong. He said, ‘I’m an actor. That’s what I do. I do accents and I act’. He later told me it was one of the biggest attractions to the role.

Joel: One thing I’ll say about actors like Tom is that he makes it look so easy. It may have been that he didn’t even think about it and it just came out of his mouth. Tom, like other great actors I’ve worked with – Cate Blanchett being one of them – put in an incredible amount of work behind the scenes. There’s an incredible amount of attention that goes into the mindfulness of the character. All of that may come from working with other actors, but the beauty of it is that you can have one person who has studied all of their lives but a lot of the work that’s done is done on their own time.

Matthew: Tom makes it look easy and he’s just brimming with talent and very methodical. Jai, Tom and I went out to dinner one night and Tom invited us back to his hotel. I remember noticing the script on the dining table in his room. It was all laid out and open to the page we were shooting the next day. It was surrounded by note books and you could just tell that that’s what he did when he was alone in his hotel room. Very professional. You could see a system.

Matthew: Kubrick once said that at the risk of sounding glib, he shoots merely to edit. There are highs and lows for me and it’s a roller coaster. My wife knows better than to listen to me and the various emotional states that I find myself in during the production process. It’s like childbirth in that you forget the pain. [Laughs]. Otherwise it would just be that nobody would do it again. For me there’s the elation of signing on and going into preproduction. Then there’s the terror of the last day of production when you realise there’s still thirty percent of the work to do. There’s a great joy at the end of the first day of the shoot when nothing goes wrong. You always have a mid-season lull during the shoot but the real low point is looking at the assembly edit and thinking that it’s the end of your career. I’m always ambivalent about picture-lock because it’s when you realise you gotta walk away.

Joel: For me the highlight is the writing process but ironically being on set is not one of my favourite things to do but that time between action and cut can be the most electrifying part of the process.

Matthew: Like the scene between you and Tom on the dock.

Joel: That’s right. Once action is called and you start rolling that ball down the hill there’s no stopping it and anything can happen within a certain set of guidelines. The guidelines being the words or the things that need to happen in the scene. I used to get terrified of being in front of a camera but now I’m shocked to be reminded that people do get terrified in front of a camera because after a certain amount of time you realise that that’s the freedom part as an actor – you get to do whatever you want.

Felony is in cinemas now.

One thought on “Interview: Matthew Saville and Joel Edgerton” 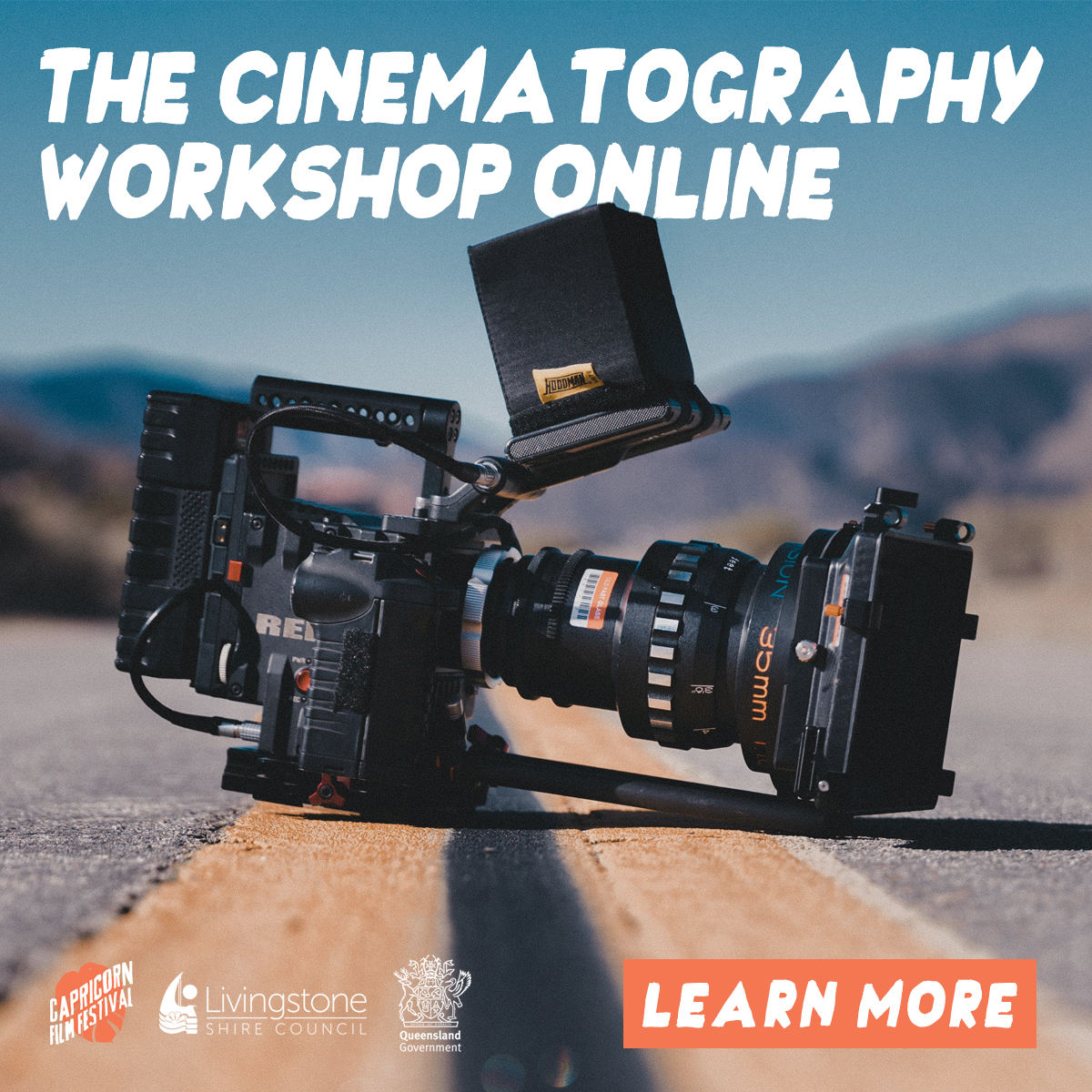