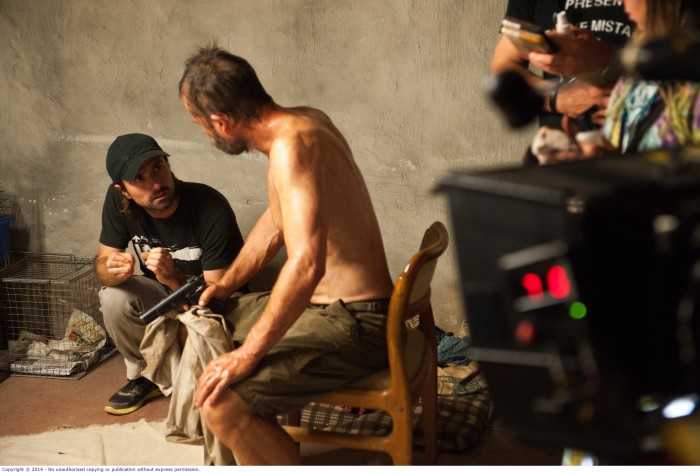 “I wanted it to feel like everything that had gone wrong in the world was an entirely plausible product of the forces at work today.”

I want to go back to the beginning for a moment. You launched your feature film career as a co-writer on American movie, Hesher staring Joseph Gordon-Levitt. How important was it for you to follow it up with an Australian film like Animal Kingdom?
Well I had been writing Animal Kingdom for years just after I had finished film school. I worked on that screenplay for maybe nine years. While I was doing that I was also doing lots of other things and one of those other things was co-writing Hesher with my good friend Spencer Susser. It weirdly cam about that Animal Kingdom and Hesher shot at the same time. While I was shooting Animal Kingdom in Melbourne Spenser was shooting Hesher in LA which meant I couldn’t go over and be a part of it while he was making it. So they kind of happened simultaneously and played together at Sundance in the same year of 2010.

Critically, Animal Kingdom was a very successful film. Was the process of developing The Rover made easier based on the success of that film?
Developing it was just like developing anything. It was me writing, rewriting and rewriting again. Certainly putting it together, getting people to look at it and getting the film financed was made a lot easier. When it came time to cast, for instance Rob Pattinson’s role, I found myself in a very privileged position of being able to get a number of really quite accomplished actors to get in and test for me. One of whom was Rob. Certainly having something already under your belt that has gotten a lot of attention makes that process a lot easier.

You mentioned other actors had tested for the role of Rey. Anyone you’d care to mention?
I can’t say that. I can’t speak out of school. [Laughs].

There is a very detailed online companion to The Rover. Was the backstory developed before you started the script or did it all begin with, ‘Australia. Ten years after the collapse.’?
Originally it started with me and Joel Edgerton talking about a movie we thought we would write for his brother Nash to direct. With Nash being a very accomplished stunt man and director and particularly good at directing visceral action cinema we thought that we would write a movie that would just be a car chase in the dessert kind of movie. Joel and I spent about ten days fleshing the skeleton of the story out and then I went away to write the first draft and very quickly started writing the kind of movie that I would want to make. There was some point in the later stages of all of that where I started feeding the world of the movie into the screenplay. I wanted to set it a few decades into the future because I wanted the film to be about these two characters in an incredibly hostile and dangerous environment and have the movie in a way being a fable about people’s need for human connection.

Are you anxious something like the economic collapse depicted in The Rover could happen to a country like Australia?
Yeah. In a way I started feeding this stuff into the screenplay because I was observing, with some despair, what is already happening to the world. This was not long after the financial crisis when I was observing the ways in which it seems like the people in the financial industry are almost rewarded for their entirely disruptive greed. It is for that reason that I didn’t want The Rover to be a post apocalyptic movie – I wanted it to feel like everything that had gone wrong in the world was an entirely plausible product of the forces at work today.

The world of The Rover is dominated by desperate men with only a couple of brief female roles. Was a lack of stronger female characters intentional for any particular reason?
I don’t think it lacks them. There’s only like five characters in the movie and two of them are women. It’s an entirely plausible and unfortunate byproduct of a world that gets left to fall into decay that it would be a very inhospitable environment for women. The two characters that are in there, the Gillian Jones and Susan Prior characters are both women who have stuck it out in their own respective ways. So yeah, it was intentional that it feels a bit male heavy because I wanted there to be a sense of what might become of women in this kind of world.

Film and television violence is becoming more and more realistic and The Rover is no exception. Is it important to make screen violence so realistic to correlate with a desensitised audience?
For me violence in cinema is no more and no less than a very powerful dramatic tool. In a way its power in cinema plugs into our entirely understandable fear that we all have of our own death. Violence functions so powerfully and dramatically in cinema because it has the capacity to turn characters lives upside down. I never like revelling in violence for its own sake but I’m completely fascinated by the dramatic potential it has to upend characters in the story. In terms of mainstream cinema it doesn’t look very realistic to me in the first place. There’s no denying the fact that violence is a pretty prevalent feature of contemporary cinema but I never choose to demoralise it because in a way it makes sense to me that it’s there. I don’t subscribe to the idea that it’s somehow programming young people into an acceptance of violence in a healthy way because I think that what it actually does is plug into our collective fear of violence. 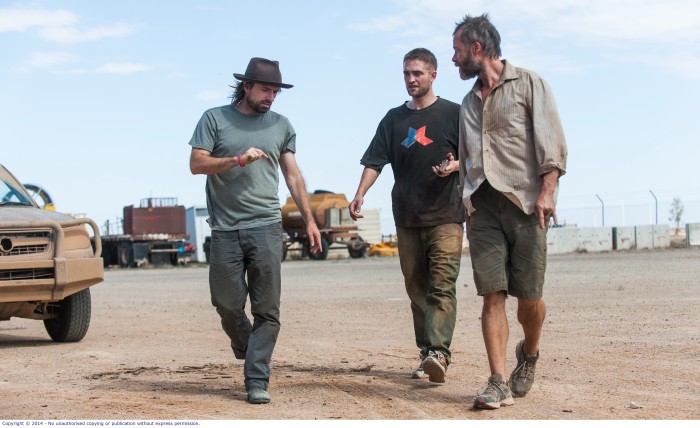 You’ve worked together with Guy Pearce on both The Rover and Animal Kingdom. How did your relationship with him begin and can you see yourself working with him again in the future?
I can absolutely see myself working with him again. I love working with Guy because he’s an incredibly talented actor with an extraordinary skill set. When we made Animal Kingdom we offered Guy the role about a year before we shot because he was always my first choice to play the character he played. I didn’t know him before then and he said yes very quickly and very enthusiastically. At that point in my career that was a very reassuring vote of confidence. When it came time to make the film I had a great experience with him. I love that experience of working with an incredibly professional and meticulous actor with whom I could create a character in fine detail.

Was Guy just as keen to jump on board for The Rover?
It didn’t take a huge amount of convincing. I wrote the character with him in mind.

Was he aware that you were writing this character for him?
I very frequently write characters with actors voices in my head but I never tell the actors about that because who knows, circumstances change and characters change. I never like to tell an actor that I want them to do something until I’m ready to make an offer. In this particular instance, when I sent the script to him, he and I really wanted to work together again but, as you know, the character he plays in The Rover is very taciturn and emotionally closed and damaged character so there were conversations we needed to have about what I was asking him to do before he would fully commit. Once we had had those conversations and he came on board there was still a hell of a lot more talking to be done. Right up until we started shooting we would be doing that work that we needed to do to create that kind of monstrous creature that he plays in The Rover.

How exciting was it for you to get Robert onboard. There’s a huge commercial element and a built in audience that comes with Robert, so was that a factor in your excitement?
It remains to be seen because I never know what the commercial results of having an actor in your movie might be but there is certainly a thrill to be had in knowing that you’ll be working with someone who is as profoundly famous as Robert is and giving them an opportunity to demonstrate a skill set that people possibly don’t even know he has. I think Robert is extraordinary in this movie. I’ve obviously seen it a thousand times and I just love losing myself in his performance and I love watching him and Guy bounce off each other. Two wildly different characters having to figure each other out performed by wonderful actors. This is what the thrill of directing is all about.

Did they get along off screen?
Totally. They’re both really beautiful human beings and given the nature of the shoot and that we were out in the middle of nowhere in really challenging conditions meant that after a days work was done we really bonded in a warm and special way.

If we could just go back for a second. What happened to Nash Edgerton’s involvement in the film?
Joel, Nash and I didn’t really know what we were doing. Joel and I talked about this thing for a week or two then I went away to start writing and I pretty quickly worked out that what I was doing was writing a screenplay for myself. We have all worked quite intimately with one another over the years so when it came to make The Rover, Nash was intimately involved with me pre-visualising some of the action sequences and he was on set in a stunt capacity.

How important is Australian cinema to you and how do you see yourself fitting into this world in the near future?
Australian cinema is incredibly important to me because it’s my cinema. It’s where I’m from and it’s the language that I speak. I love writing Australian characters because I love writing in a vernacular that I’m completely familiar with and I love exploring the wild and strange Australian experience. The more I travel the more I realise what a totally unusual country this place is and the opportunity it presents for creating strange and unusual drama are almost endless.

Lastly, what can you tell us about Flesh and Bone and The Operators?
For me Flesh and Bones was just a fun experience. One of the things I realised after Animal Kingdom was that I needed to find opportunities where they arose to get myself on set again because you can blink and suddenly realise years have passed so I wanted to make sure I took opportunities when they arose to get on set and keep my energy warm. I was very lucky to do that on quality American TV. It was a fun thing to do in the lead up to The Rover playing in Cannes because it was like the perfect detraction from all of that anticipation and madness.

And after The Operators are you planning to come back and make another Australian film?
The Operators is in a very embryonic stage at the moment. It’s a deal that I’ve done with Brad Pitt’s company, Plan B and New Regency to adapt this book by Michael Hastings. There are a couple of things I have bubbling at the moment that I really love but I’m not quite sure how it’ll pan out. I’d like to make something reasonably soon.

The Rover opens in Australia on June 12.