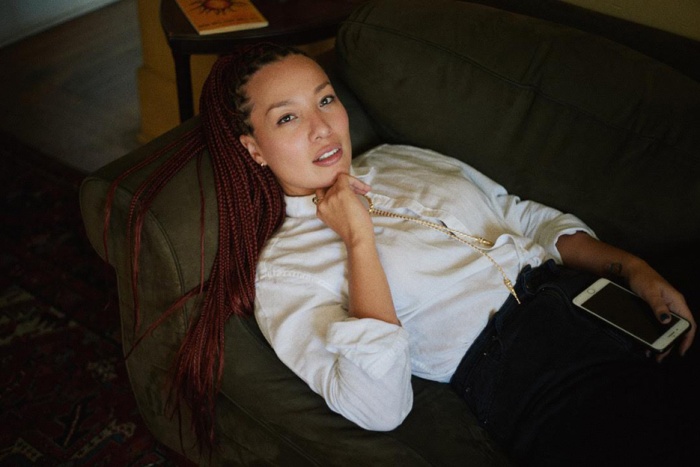 A Pencil to the Jugular will have its Australian premiere at the Revelation Perth International Film Festival this July.

Directed by Matthew Victor Pastor, the film is co-written by Pastor and Lorena Zarate who also stars in the film as Libra.

A Pencil to the Jugular is set in March 2020 as a worldwide catastrophic event unfolds. Libra stares down the drop of a tall building, Razor deals drugs for flights back to the Philippines, Amanda is the victim of assault, Ying arrives from China, and Lit Phil is on the run. Meanwhile, a young man with dark desires roams the streets. These opposing forces will cross paths and ultimately take a pencil to the jugular.

Here, Lorena writes exclusively for Cinema Australia about the making of the film.

“The film portrays the incredible vulnerability we were all facing, especially with work visa restrictions and government subsidy exclusions throughout the pandemic, which led to some of the excruciating decisions people were forced to make.”

A Pencil to the Jugular is a film that reflects a complex moment in the world. There is a saying that goes something like: “There are decades when nothing happens, and they’re weeks when decades happen.” To me, this sensibility is really behind the film, given the circumstances in which it was made (covid, et al.) and all of what we were thinking, feeling, and experiencing while making it. I’m grateful that Matthew gave me the opportunity to collaborate with him because it gave me a personal outlet and a way to express a lot of what I was experiencing myself and what some of my community was going through as well

To give a little context to how we made this film and how the process shaped the narrative, I think I should mention how Matthew and I met each other somewhat casually at the end of a short film festival in Melbourne, which I was part of and where he was one of the judges. We were both on the train back to the city and started talking about some of the difficulties surrounding filmmaking and getting a break in the industry. Eventually, we agreed that creating your opportunities was better and started talking about how we could make a film together. 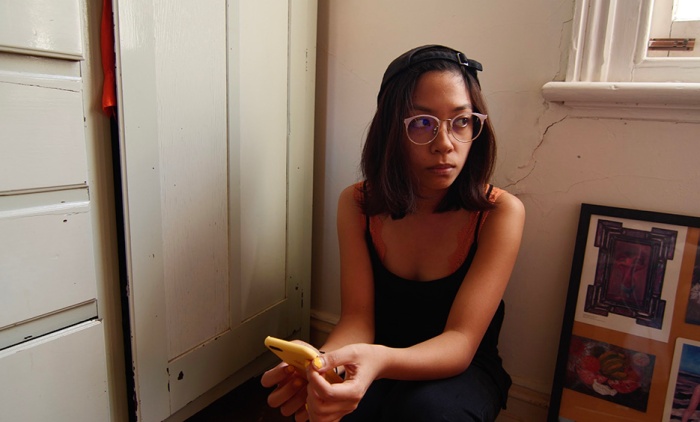 Felise Morales as Amanda in A Pencil to the Jugular.

We also talked a bit about my experience being an international student in Australia. At the time, I had to go back to Mexico because my visa was expiring, but Matthew told me that if I decided to stay, I should reach out to him to collaborate, so I managed to extend my visa. We also bonded over the somewhat lesser-known history that Mexicans and the Filipinos were conquered and colonialized by the Spanish, which shaped our respective cultures in similar ways. For example, we have a similar sense of dark humor, and some of the common names in the Philippines and Mexico are the same. All to say, we would meet to drink coffee and talk about some of these experiences, and then he would come back the next time with specific ideas and a structure about how to integrate them into the film.

So, this was how we started working on the film, and then we continued improvising as things quickly began to change. For example, many of our locations were not available anymore because of covid-19, and some restrictions on movement that were being imposed changed how and what we could film. So, instead of forcing our original narrative, we decided to integrate some of the stories based on all that was happening surrounding the struggles the international students were dealing with at the time. Everything changed in this new state of emergency – romance, temporality, and especially our immigration status.

Something that most people don’t understand about being an international student, and something that I think really comes through in A Pencil to the Jugular, is that you have to create a whole new reality constantly and that it’s always in flux. For example, people that become your chosen family suddenly have to leave, and new people arrive looking for help, so there is an atmosphere of constantly coming and going. There is sort of an open-endedness that one has to become comfortable with because things change so quickly and so significantly. We wanted to try and portray this specifically in the film – a kind of confluence of events that persistently upend the lives of the characters. In a way, this idea really came together with some of Mathew’s other films and his approach to filmmaking in general through the lens of ADHD, So we decided to pursue this convergence and see where it led us. As a result, there is a different subjectivity to the film (and one that’s not altogether understood by most of us) that, to my mind, captured the bracketing that we were all forced to do during those early days of covid.

Felise Morales as Amaada and Lorena Zarate as Libra in A Pencil to the Jugular.

I think one other area I can talk directly about in A Pencil to the Jugular is some of the social and political aspects of what happens to my character, Libra, especially in light of our current culture wars with abortion and sexuality. I think one of the most significant moments of the film is when Libra has to confront her ex-partner about being pregnant. It’s a really tragic scene, and I think it tells an important story about women’s bodily autonomy, particularly in the context of someone with a precarious immigration status. Libra is involved in a love triangle between Amanda (Felise Morales) and Jay (Harry Kim), and after a series of breakups and other tragedies, she realizes that she’s pregnant. After Amanda leaves Libra again, she decides to confront Jay about being pregnant, but before she can tell him, she finds out that he is being forced to leave. At this point, she has to decide for herself what the best outcome would be given the situation they were forced into and decides that she needs to have an abortion. At that time, and in A Pencil to the Jugular’s narrative, there was very little support for the international community. I think the film portrays the incredible vulnerability we were all facing, especially with work visa restrictions and government subsidy exclusions throughout the pandemic, which led to some of the excruciating decisions people were forced to make.

All of the tragedies the characters in A Pencil to the Jugular encounter are, of course, compounded by the overt racism that was occurring at the time in the world and that came to a boiling point during covid. We tried to use this motif to drive the narrative towards its eventual dramatic conclusion when the attacker’s identity is revealed. And what I felt was so compelling about the ending of the film – and what came out of that heightened pandemic moment – is that the racism that animated all of the events of our lives was so local and that it was coming from the people living amongst us – our neighbours, our roommates, our family.

What I hope can come out of A Pencil to the Jugular for all of its complexity is simply that people have more empathy for those that are just trying to make a better life for themselves despite all of the disadvantages and struggles that overdetermine them. I’m proud that we were able to make such an interesting film during the pandemic, and I’m grateful to have worked with so many generous collaborators!

A Pencil to the Jugular will have its Australian premiere at the Revelation Perth International Film Festival on July 12. Details here. 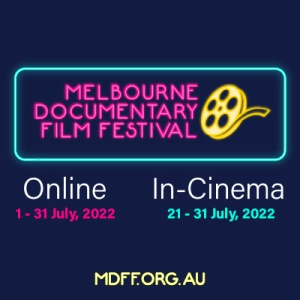 One thought on “Vulnerability, tragedy and a pandemic: The making of A Pencil to the Jugular”