Ivan Sen is the Swiss Army knife of Australian filmmakers.

Going above and beyond for his art, Sen is often credited as producer, writer, director, cinematographer, composer and editor on his films including the highly-regarded Mystery Road, Goldstone, Beneath Clouds and Toomelah.

Sen is a wealth of knowledge, which makes his upcoming Loveland Q&A tour with actor Hugo Weaving a must-attend event for wannabe filmmakers and filmmaking enthusiasts alike.

The tour will include locations in Brisbane, Sydney, Melbourne, Adelaide and Canberra (sorry Perth, Hobart and Darwin), as the duo discuss the neon noir, Loveland.

Australian filmmaker Ivan Sen and Hugo Weaving will take part in a series of Q&A events across Australia for their dazzling new film, Loveland.

“My favourite films are film that push genre,” says Sen. “Films that work around the edges of the conventions.”

A pioneering voice in Australian indigenous filmmaking, Sen did that brilliantly with his high-style neo-western Mystery Road and its sequel Goldstone, which did something refreshingly vital and new with the local crime genre.

Now with Loveland, Ivan Sen soars from the grit and red dirt of the Australian outback into a vibrant and kaleidoscopic future, taking the audience on a deeply romantic and profoundly moving adventure, and subverting the sci-fi genre in the process.

“It is a world where humans struggle to rewrite themselves as creatures without the need for love and trust,” says Sen.

Jack tracks down reclusive life extension scientist Doctor Bergman (Hugo Weaving from The Matrix), in a search for answers. 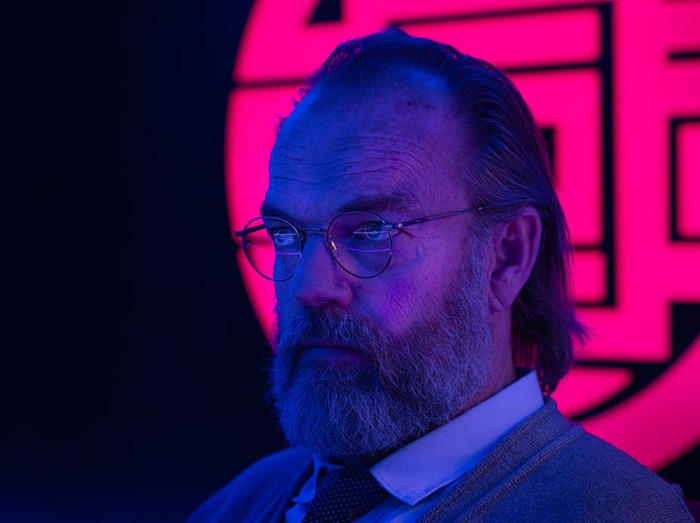 Doctor Bergman unearths Jack’s long buried secret and is forced to confront his own murky past. As the net that connects them tightens, Jack and April struggle to keep their love alive as they face their past in a loveless world that is on the cusp of immortality and extinction.

Visually arresting, strongly performed, richly characterised and pulsing with big ideas, Loveland has been a longtime labour of love for Ivan Sen, and happily reunites him with his Mystery Road star, Hugo Weaving.

“He’s such a talented man, and he’s such a lovely guy,” enthuses Sen of the veteran, award winning actor. “He’s the greatest guy that you could ever meet.”

Hugo Weaving meanwhile, who has worked with some of the most talented directors in this country and abroad, is equally complimentary of Ivan Sen.

Ivan Sen and Hugo Weaving will now unite once again, this time for a very special run of Loveland screenings, each followed by a Q&A session or preceded by a special intro.

A big screen must-see, Loveland will send audiences hurtling into an utterly compelling and truly mind-bending future when it releases across Australian cinemas on March 17, 2022.