DJ EMIA & Sarah and thier crew.

A new web series has dropped via Beat Magazine called The Northsiders, and it will have you in stitches.

Created, written and directed by Vita Carbone, The Northsiders follows Collingwood artist Sian Taylor and Brunswick DJ Emia. In the pilot episode of this web series, the two Melbourne natives follow their creative passions to Victorian festival, Dusty Tails, where things don’t quite go to plan.

“I’ve always loved observing people and impersonating them, and to be totally honest I think that comes from a place where I’m so in awe of anyone with conviction and how people can present themselves with such confidence and certainty,” says Carbone.

The Northsiders is a satire web series following two young Australians who are overly-cliche, inner-north, millennial stereotypes. The series’ strength is in the audience’s connection to each character; each is a hyped-up version of what makes up a huge proportion of any capital city’s ‘cool’ scene. The Northsiders shines an unfiltered spotlight on the ridiculous and problematic nature of the characters and the vapid world they live in.

“I think there’s a certain responsibility that comes with this kind of social commentary,” says Carbone. I always want the work I make to not only make people laugh and provide an escape for them, but also question different social and behavioural norms and provoke thought and conversation. I think that we are all guilty of being hypocrites and my work, although exaggerated, hopefully, encourages awareness, self-reflection and hopefully change.”

Creator Vita Carbone plays all the characters including borderline perverted artist Sian, who paints nude women in the nude and Emia, a DJ who is trying to juggle her record label, full time job at a call centre and her party habit. Through the character’s carefully crafted identities, audiences will see that no matter how ‘different’ you think you may be, everyone wants to be accepted and validated.

Get to Know… Sian Taylor – Collingwood
Sian grew up on the South side of Melbourne in Toorak and went to a steiner school.  She headed Northside at 18 and has been a Collingwood resident ever since. Sian is an artist, writer, creative director, content creator and also dabbles in copywriting, art directing, styling, curating, photography, producing, marketing, designing, drawing and strategizing to name a few. Sian is renowned for her female figure paints and her pieces range from between $14,00-57,000. She paints her nudes in the nude.  It’s all part of her process, and she believes it makes her subjects feel more ‘comfortable’ and ‘safe’. 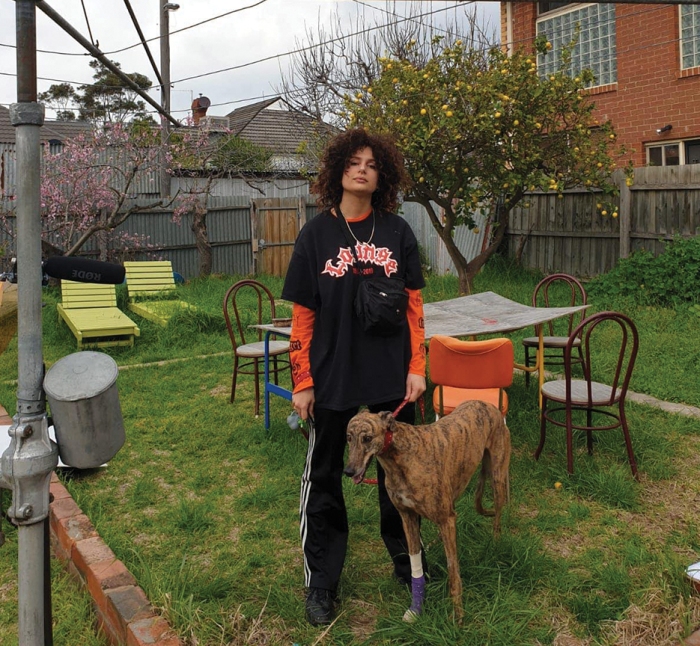 Get to Know…  DJ EMIA & Sarah – Brunswick
Emia is a DJ based in Brunswick , Melbourne. She runs a  record label called Cooked Chook Records with her housemate and best friends Sarah. They started their record label Cooked Chook records two years ago now & their music is a mix of hardcore balaeric breaks, techno/bratwurst boogie, underground commercial pop, kraut disco, italo-greek fusion , cumbia dub and extended salsa edits. At the moment between her record label, DJing and  full time job at the call centre, it’s hard for Emia to find downtime. However when she does she’s usually around the house listening to records, shopping at Savers or walking her adopted Greyhound cheeto.

You can watch the 30 minute pilot episode via Beat Magazine here.