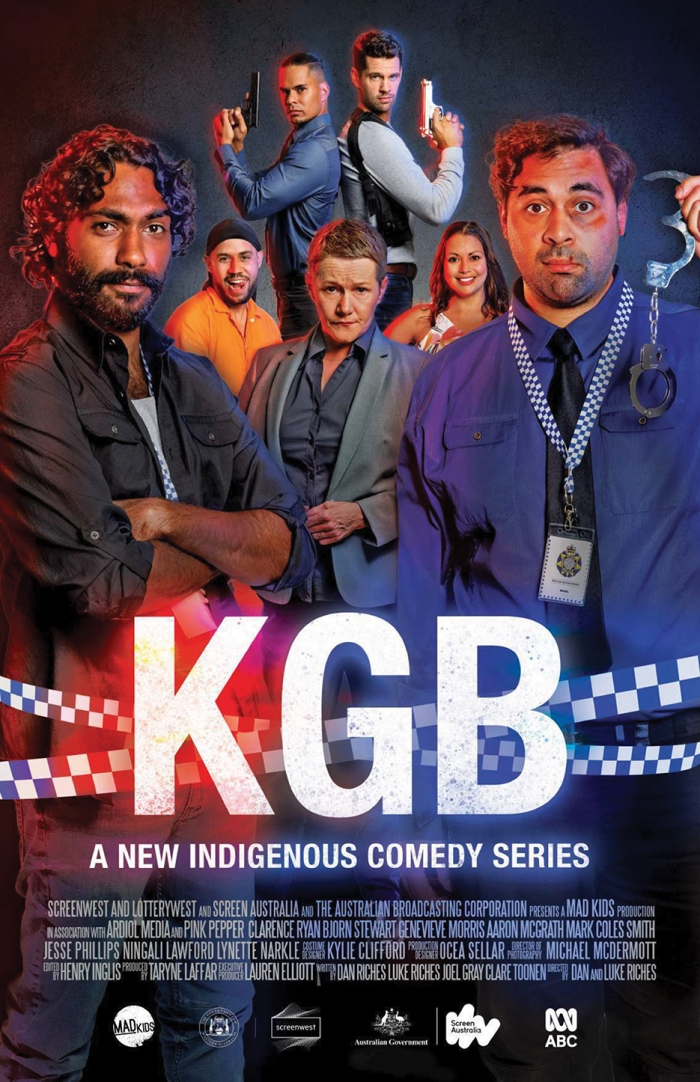 Set in Perth’s notorious KGB (Koondoola, Girrawheen, Balga), the series follows two rookie detectives, tough guy Jack and gentle giant Nigel, as they deal with the chaos of their new jobs, no-nonsense boss, work rivals, drug dealers and suspects who consistently turn out to be family. Despite battling their own insecurities at every turn, and the fact that Jack bullied Nigel in high school, these two might just turn out to be KGB’s finest detectives.

The Riches are the founders of Ardiol Media, a Perth-based production company. After leaving behind their day jobs to pursue their dreams in the film industry, the brothers received a crash course in television production through the making of Lost Diamonds, a documentary coming soon to NITV. They describe KGB as Hot Fuzz meets Black Comedy.

KGB is Executive Produced by Lauren Elliott of Mad Kids, produced by Taryne Laffar and written by the Riches, together with emerging WA screenwriters Joel Gray (Small Town Hackers, Aussie Rangers) and Clare Toonen (You, Me and Karen, Rift). The Riches directed the series, with Henry Inglis (Small Town Hackers, DAFUQ?) as Director’s Mentor and Editor.

Mad Kids is the team behind a number of original digital and television comedy projects including the AACTA-nominated Small Town Hackers, LIFT, The Big Spaghetti, DAFUQ?, The Legend of Gavin Tanner, The Shapes, Henry & Aaron’s 7 Steps to Superstardom and viral sensations It’s a Snap! and Set Yourself Free.

KGB was filmed in Perth earlier this year and will premiere on ABC COMEDY and ABC iview during NAIDOC Week from Sunday 7 July 2019.

KGB is a Mad Kids production for ABC. Principal production investment from Screenwest and Lotterywest, in association with Screen Australia.