Storm Ashwood’s Escape and Evasion will have its world premiere at the Gold Coast Film Festival.

The Gold Coast Film Festival is set to cement its growing reputation as Queensland’s destination film festival for the Australian screen industry with a 12-day blockbuster of premieres, workshops, gala ceremonies, panels and networking opportunities.

The 2019 event, which officially launches its full program today, will screen 107 films – including three world and 10 Australian– across 13 locations from April 3-14.

Now in its 17th year, the festival will kick off Wednesday, 3 April when award-winning filmmaker Damon Gameau (That Sugar Film) walks the red carpet for the Australian premiere of 2040, fresh from its world premiere at Berlinale.

The screening, which will be followed by a Q&A, will be the first of more than a dozen premieres across the 12 days, including the Closing Night world premiere of Australian war film Escape and Evasion on Sunday, 14 April.

Directed by Storm Ashwood and produced by Blake Northfield, Escape and Evasion was filmed in the Gold Coast’s luscious Currumbin Valley and explores the troubling effects of Post-Traumatic Stress Disorder on a lone surviving soldier.

An array of high-profile events will allow special guests and participants to expand their knowledge and networks, including more than 40 panels and workshops, filmmaker Q&As, screen industry guild nights and the hugely popular Women in Film Lunch, with guest speaker Greer Simpkin.

The industry will also unite for the inaugural Screen Industry Gala Awards, which will include the awarding of the prestigious Chauvel Award to film icon Sigrid Thornton, who will participate in a special ‘In Conversation’ session hosted by Hollywood journalist Jenny Cooney.

“Our industry panels, workshops and guild events are a perfect excuse to come together to share ideas, encourage each other and form connections”

‘I might be a bit biased, but the Gold Coast is the perfect place in April to combine work and play at a film festival.” she said.

Organisers have created a range of sample industry itineraries on its website, along with a free hourly shuttle bus from Surfers Paradise’s QT Hotel to HOTA, Home of the Arts from Friday to Sunday both weeks of the festival to allow easy access for visiting professionals.

Parents and carers will also be able to access a free creche on three days of the festival after the Gold Coast was the first film festival in Australia to introduce such a service three years ago, an innovation that other festivals are now embracing.

Along with a commitment to gender parity across all speakers at the festival, organisers have assembled 24 industry panels covering topics ranging from distribution trends and SFX make-up to drones, directing, marketing for web series and working in North America.

The festival’s Reellife panels will provide an avenue to be educated and further develop skills, with a highlight, workshop Strategies for Success; Upping your pitching game.  Presented in conjunction with Screen Queensland and Dame Changer with speakers from Animal Logic and Easy Tiger, the workshop provides the opportunity for women to develop their project pitching skills.

Screen Queensland (SQ) CEO Tracey Vieira said SQ was proud to support a festival playing such a vital role in promoting the talents of the state’s filmmakers.

“The festival program is packed with content that was conceived and created in Queensland by Queenslanders,”
Ms Vieira said.

“From the world premiere of Escape and Evasion and Australian premiere of Elements to the screening of 35 short films and web series across sections including SCREAM, EMERGE, SIPFEST and B.OLD, we are excited Queensland filmmakers have the GCFF to showcase their stories here in the State.” 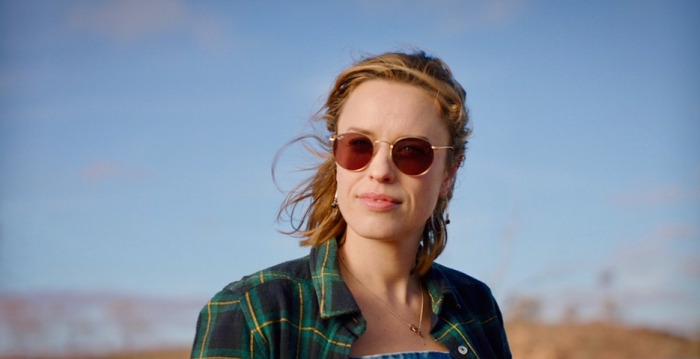 Locusts will have its world premiere at the Gold Coast Film Festival.

Among many festival highlights, the inaugural Screen Industry Gala Awards will award filmmakers selected for the Gold Coast Film Festival with cash and prizes worth $25,000 across feature, short, webseries and screenwriting categories.

The centerpiece of the Gala Awards will be the Chauvel Award, which will see Sigrid Thornton bestowed with the Chauvel Award for an individual’s significant contribution to the Australian screen industry.

With a career spanning both the big and small screens in Australia, Thornton is best known for her roles in some of the classics of Australian cinema including box-office hits The Man From Snowy River and The Lighthorsemen and memorable TV roles in Sea Change, All The Rivers Run, Paradise/Guns of Paradise and more recently Wentworth. Sigrid is currently Executive Producer and lead actor on a series reboot of the much-loved Australian drama, Sea Change, which is now in pre-production.

Thornton’s acceptance of the award sees her join a long list of worthy recipients including producer Sue Milliken and multi-award-winning actors Deborah Mailman and Claudia Karvan.

The Women in Film Lunch, proudly presented by Screen Queensland, returns in 2019 on the back of back-to-back sell-outs with ABC Gold Coast’s Nicole Dyer to host an intimate and insightful ‘In Conversation’ with Greer Simpkin, one of Australia’s most successful producers, about her stories, perspectives and experiences.

As well as screening web series for the first time, visitors are expected to flock to guild events WIFT Australia’s Inclusion by Design and AWG QLD – State of the Writer, short film festival on the beach, SIPFEST and the Virtual Reality program, a partnership with Byron Bay Film Festival that allows audiences to strap on a headset and be taken into the world of VR.

Audiences can travel from deep inside the mind of a coma patient in Lucid, outer space in Space Dream and the London of 1916 in The Unknown Patient to journeying with the first woman shaman of an Amazonian tribe in Awavena, who, along with her fellow tribespeople, is using VR to share their story and shift our consciousness.

Maybe Tomorrow will have it world premiere at the Gold Coast Film Festival.

Among other world premieres are Maybe Tomorrow and Locusts, which had its genesis at the 2016 Gold Coast Film Festival when Sydney director Heath Davis met local radiologist and emerging writer and producer Dr Angus Watts after speaking on a panel about directing. The result? A world premiere collaboration at the same event only three years later.

Australian premieres include Waiting: The Van Duren Story and a unique outdoor screening of survival thriller The Furies in the Gold Coast Hinterland, while the festival will also hold a gala screening of the much-anticipated Top End Wedding from director Wayne Blair (The Sapphires) and writer-producer-star Miranda Tapsell.