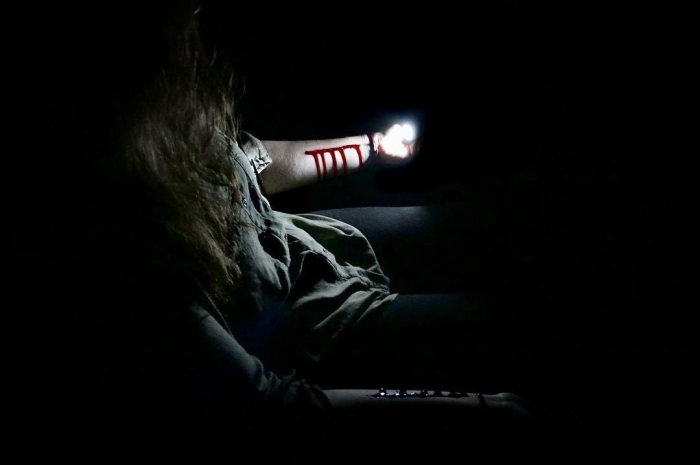 While the warning is enough to turn away the easily spooked, it’s also a creative way to lure horror-enthusiasts to the film’s premiere in October.

“There is a warning with the film because of the graphic nature of particular scenes,” Gonzalvo told Cinema Australia.

“I have heard a lot of people say they are resisting seeing the film because of the horror, but the bigger picture is that it’s an independent feature film made by WA creatives and that needs to be kept in mind for those thinking about coming to this premiere.”

Ten: The Sacrifice follows vlogger Samantha, played by Holly Edward Smith, who sets out to document a camping trip with her friends to show her followers the beauty of what life has to offer. They quickly discover there’s evil lurking in the darkness hellbent on killing its disruptors.

While plot details are sparse, Gonzalvo assures audiences that Ten: The Sacrifice has a captivating narrative to back up its graphic horror.

“Without giving too much away, this horror film has a great story told by a group of amazing acting talent,” says Gonzalvo.

“Overall audiences can expect a well-made, independent horror film. Everyone involved has put so much work into this film and that’s why it needs to be seen.”

Ten: The Sacrifice will premiere at Luna Leederville on Monday, 15 October. Details here.