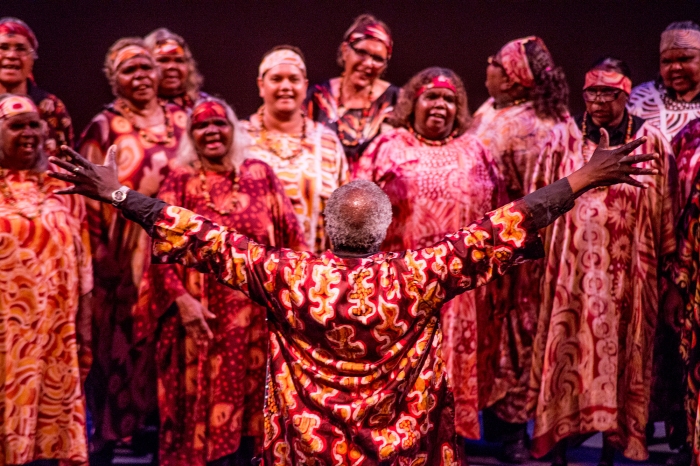 A release date has been set for the The Song Keepers.

Director Naina Sen’s remarkable new Australian documentary will be released on April 19 in Melbourne, Sydney, Brisbane, Canberra and Hobart. You can find a complete list of cinemas below.

Four generations of song women that make up The Central Australian Aboriginal Women’s Choir go on a historic journey to take back the hymns that were given to their ancestors by the German missionaries but in their own ancient Aboriginal languages and on their own terms. Come on an adventure as the unlikeliest band on earth goes on tour… to the other side of the world!

You can see The Song Keepers at the following cinemas.

Keep up to date with the film here.