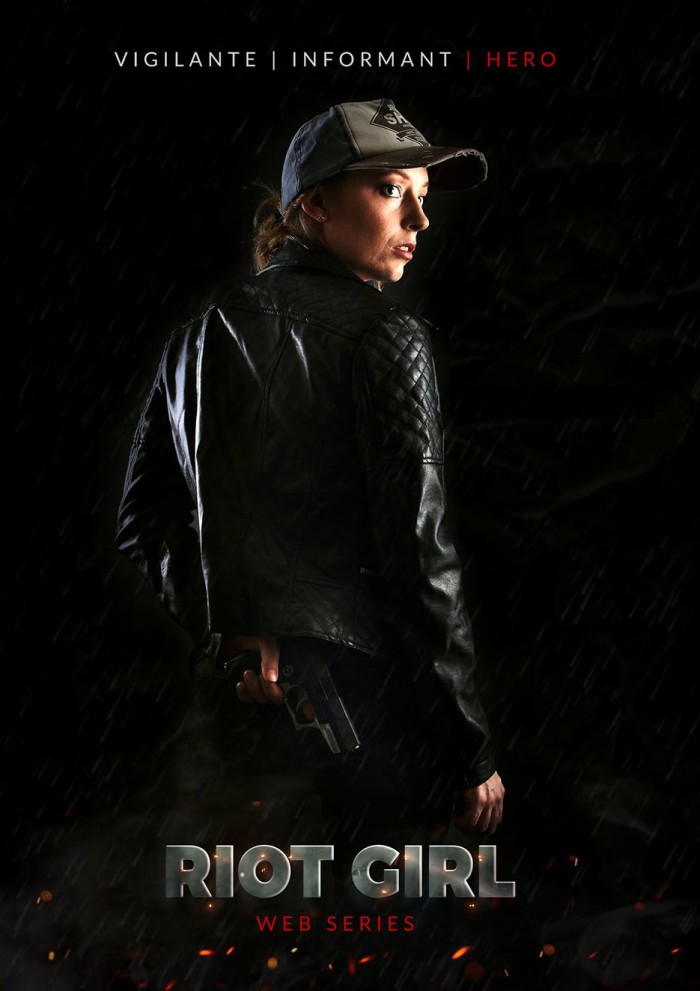 Riot Girl is the first web series to be released under the Duckpond Productions moniker. The ten part drama was written, produced and directed by Jayden Creighton, and is slated for an early 2018 release. It centers on a vigilante who infiltrates a crime ring so that she can take down the man responsible for her sister’s death. 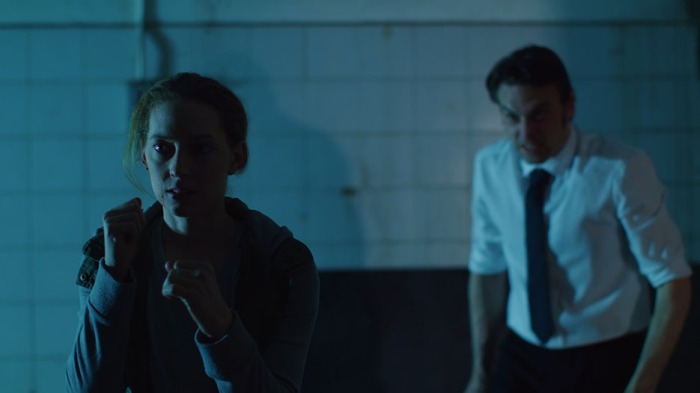 I completed a Bachelor of Film Production at the SAE Institute, Byron Bay. The course gave me the skills and knowledge pertaining to the craft, but much to my dismay, job offers weren’t exactly rolling in. So, I did what any independent filmmaker should do. I started writing and producing my own content.

I began with short films, hoping to transition into features at a later date. The truth is, I had never considered a web series as the right medium for me to tell my stories. This changed when Ismahawk released their iteration of Nightwing. It was a great example of what could be accomplished with a dedicated cast and crew, a great story and a lot of passion. 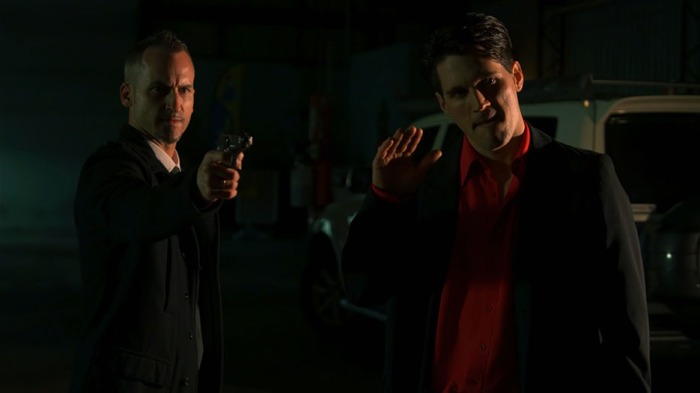 Feeling inspired, I began to conceptualise. I knew right away that if I was going to do something similar, it would be my most time consuming endeavour to date. So I needed an idea that would excite me enough to pour my heart, my soul and my wallet into over a two year period.

Coming from a horror background, I knew I wanted to make something dark and brooding. But I also wanted to challenge myself and try new things. I wanted it to be action packed, but with great characters and captivating drama. I wanted a strong female lead akin to Sarah Connor or Ellen Ripley. I wanted too much for such a miniscule budget, but I was determined to make it work. 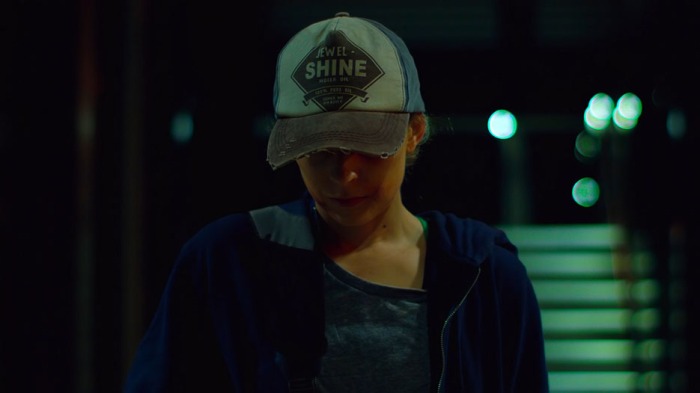 In the end, I couldn’t decide if I wanted to write about a vigilante, or an undercover informant. I’ve always been a big fan of Martin Scorsese’s The Departed and Christopher Nolan’s The Dark Knight , so I would have been happy to pay homage to either film. But then, in true Old El Paso style, an idea came to me. “Why don’t we have both?” After that, I don’t think I’ve ever written treatments so fast in my life.

In the months that followed, I moved from a small Northern NSW town to Brisbane. I began approaching actors, using the project as a networking opportunity. I was overjoyed by the response. 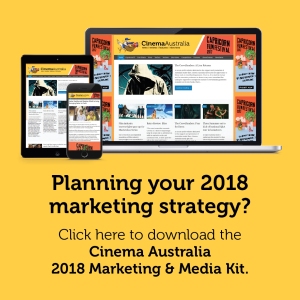 Melinda Joan Reed submitted a self test, and I immediately noticed the similarities between her and the protagonist, Elle. At only five foot four, there was a real sense that she could have kicked anybody’s ass on set. Jesse Richardson auditioned for Detective Nick Cassidy, with a smouldering intensity that was unparallelled. The villainous Silas Romero was the most difficult to cast, but we lucked out again when the brilliant Matt Fien auditioned. In real life, he’s one of the nicest actors I’ve ever worked with, but the cast and crew couldn’t look through the dailies without commenting on how much of a **** he was, based solely on his performance. I could write nice things about the entire supporting cast too, but this article would be far too long. To sum it all up, there’s some fantastic homegrown talent in the mix, and I’m looking forward to showing everyone the fruits of their labour. 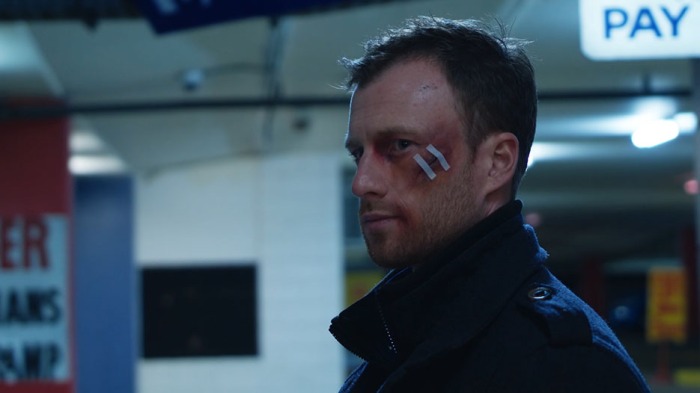 Filming took place during the winter of 2016, over two consecutive weeks. The cast and crew were running on fumes, but it had become everybody’s passion project by this point, so that didn’t matter. We threw everything we had into the shoot, quite literally rolling with the punches.

Melinda would often pull an all nighter on set, and then return to her day job without any sleep. At one point, she did this reeking of gasoline from a scene where her character is almost lit on fire ( the jerry can could have been cleaned a little bit better… )

Meanwhile, behind the scenes, our DOP Stephen Wilson Barker was trying his hand at almost every trade. By the end of the shoot he had served as a cinematographer, gaffer, grip, camera operator, and all round wizard. By the end of it, we were one big, sweaty, exhausted, dysfunctional family. 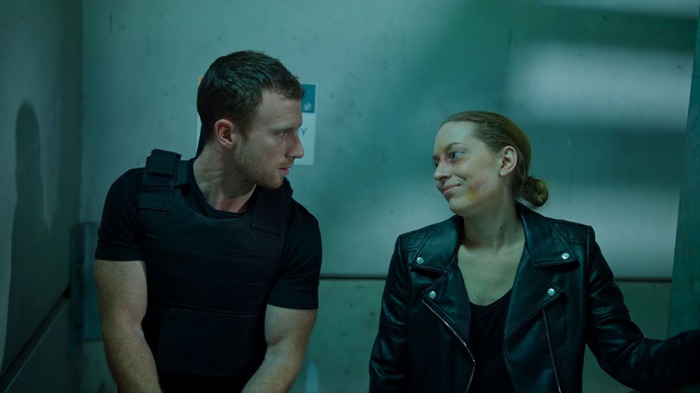 After a short break, I dove into the edit, assembling the pieces like some sort of giant jigsaw puzzle. I learnt so much from the experience, which I cannot wait to put into practice for future projects. The series was then sent to a Brisbane based sound designer, Michael Monaco, and a Melbourne based composer, Tamara Violet Partridge. They’re currently putting the final touches on the series, and getting it ready for release.

Despite the late nights, the early starts, and the lack of money, energy and the will to live, I’ve had a fantastic time working on the series, and I’ve made great memories that won’t be forgotten any time soon. It’s surreal to know that it’s almost over, but I’m so excited to show everybody what a ragtag group of creatives can do. I hope people respond to and enjoy the story, and I hope we can inspire up and coming independent filmmakers to get out there and have a go, even if their pockets aren’t flush with cash. The series will debut on YouTube in early 2018, and we cannot wait to hear people’s thoughts! 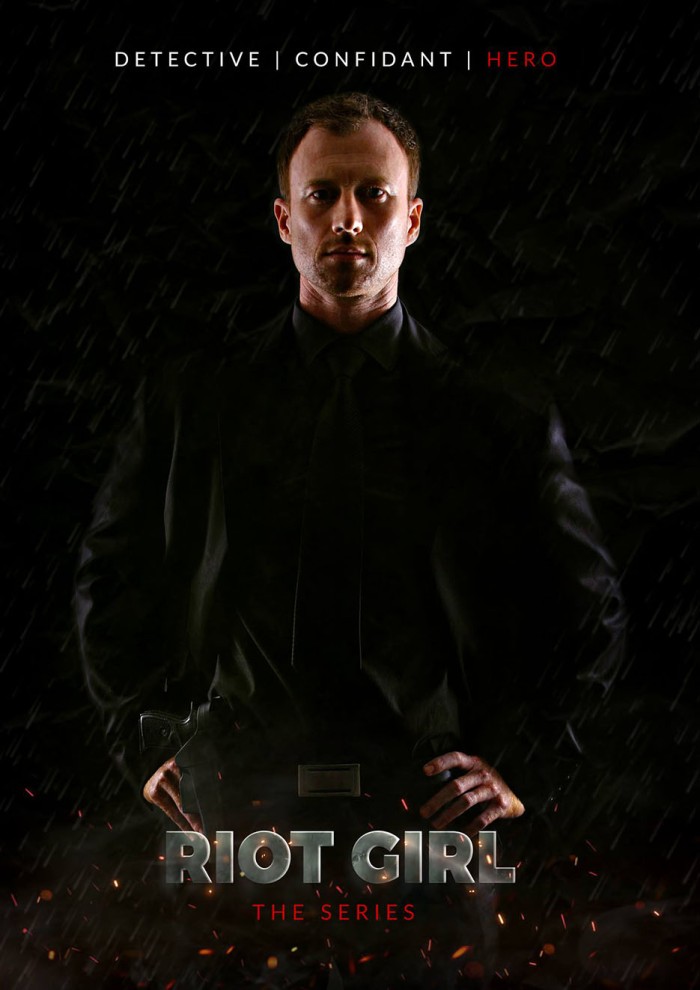 Keep an eye on cinemaaustralia.com.au for more info on Riot Girl, or you can follow Riot Girl on Facebook here.