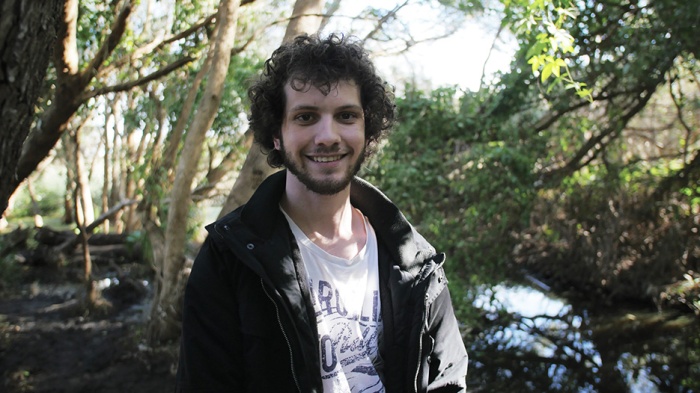 Subject 36 is the story of a woman who studies strangers obsessively, until one of her subjects changes everything.

“I’ve never done anything like what Gwen does in this film, but some of her unhealthy and antisocial behaviour, and her fears and insecurities are drawn from my experiences as a teenager and young adult.”

Tell us about the origin of Subject 36.

To be honest, I probably couldn’t pinpoint a single origin for the concept of the film, if I ever knew I have long forgotten. I think one of the main concepts when I started writing was that I wanted to do something about voyeurism, but I also wanted it to be different from other films of that kind. Films like Rear Window, Disturbia and others have voyeur protagonists but the plot is mostly about some worse crime they uncover, which draws attention away from them onto the external threat, so I wanted to try and do something more closely focused the psychology of a voyeuristic character.

Gwen is intriguing, mysterious and rather unsettling. Where did the idea for this character come from?

Gwen, and Joseph too, are, like I think most writer’s characters are, partially inspired by my own thoughts and experiences. I’ve never done anything like what Gwen does in this film, but some of her unhealthy and antisocial behaviour, and her fears and insecurities are drawn from my experiences as a teenager and young adult. On top of that, I’ve always had a fascination for outcast, oddball and obsessive characters in general, so I think there’s a myriad of smaller influences from characters in film and TV as well. I also wanted to show how being alienated from other people can warp a person’s attitudes and behaviour, making the world seem a more alien and frightening place than it really is, and the importance of human connection. I wanted to make a character who had forgotten how to see people as people.

Subject 36 deals with topical issue like privacy paranoia as well as mental illness to some extent. What inspired you to make a film with such strong themes?

Privacy is an interesting topic, I think. It’s so subjective. Gwen in the film justifies her behaviour on the grounds that it theoretically “doesn’t hurt anyone”, but then you start to see she uses her knowledge to her advantage in certain situations, so how true is that, really? I think most of us have this innate paranoia within us, that even if we have nothing to hide, there’s something very disturbing about having your personal space invaded, and that’s an emotion I wanted to get across in the film. And then, ironically, Gwen herself is very private because she is afraid of judgement. So there’s an irony there. And of course in the internet age this is a topic which crosses a lot of people’s minds. How comfortable are you with companies and governments and other people being able to see your personal information online, and potentially use that to their advantage? People are so worried about privacy and at the same time so desperate for attention or connection that they share everything on social media. It’s something so many of us are victim to, so I think it’s a very relevant thing to discuss. I don’t think the film makes any absolute statements here, it’s all open to interpretation, but it’s an underlying theme throughout. As for mental illness, it’s an issue I connect with, having experienced long periods of depression and severe social anxiety in the past, and I know what it can do to a person.

Both Kassandra Anne Smith and Matthew Nicholas Phillips give great performances as the two leads. How did their casting come about?

I held auditions around the beginning of 2016, finding applicants through a site called Star Now, which is really a fantastic resource for filmmakers and actors just starting out and looking for work or people to work with them. Matt, I’d worked on a shoot with before, a little Robin Hood web series called Forests and Thieves, where he played a guard with a thick cockney accent. His first attempt in the audition he tried something very different, and decided to give Joseph a southern drawl! To be honest, it made the character feel a bit too ‘larger than life’ but I did love the unique and quirky personality he exuded. We had another go with his natural Australian accent and it was great! Kasey was immediately impressive with Gwen. She’s quite a friendly and fun person, so it was impressive seeing her slide into a very reserved and uncomfortable character who conceals their emotions and play it with such effective subtelty. They weren’t the only two candidates for the roles, there were quite a few impressive performances from the auditionees, but through callbacks, and watching them act against each other, I decided they were the perfect combination for the parts. With Gwen’s casting, I felt some actors did really well showing the detached nervous side but didn’t feel like they transitioned believably into how she would be when she was deeper into the relationship, or vice versa, but Kasey managed both very organically. I also found out during callbacks that Matt and Kasey had worked on an (unfinished) film the year before, and Codey (who played Kennedy) had also known Kasey a few years back. I didn’t consider that in the casting but it was a fortunate coincidence which I think helped them feel comfortable on set. 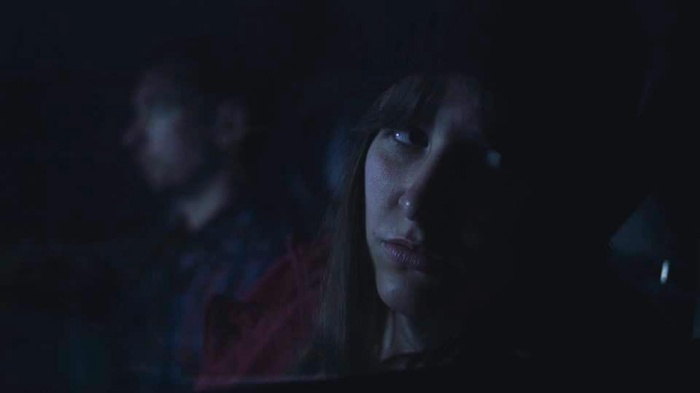 What were some of the challenges of shooting a feature film on such a microbudget?

This was the first feature film I’d made, but I’ve done the same thing for numerous short to medium length films before, so it wasn’t entirely new. But of course, there are always plenty of challenges. I think a little under $3,000 was spent on the film, equipment aside, though I didn’t keep records. I was working with equipment I already owned, so I didn’t have a true cinema camera or any advanced lighting. We made do with mostly natural lighting and a few CFLs in softboxes. I didn’t have any core or permanent crew, so I had to take on dozens of roles, and we really couldn’t shoot it in a typical shooting block, 5 days a week for 4 weeks or something like that. I was my own producer, director, DOP, art department, location scout and so on, so every shoot I had to do a lot of preparation. Also, as nobody was being paid very much, I had to work around everyone’s schedules, which is totally understandable and what you expect, people are basically giving away their time to help out for friendship and the love of filmmaking. So we shot 14 days with the principal cast, over a period of about 4 or 5 months over Winter and Spring. Sometimes there were delays due to difficulties finding locations, or props, or just long periods where we couldn’t find a free day that suited everyone. The crew varied between a maximum of about 5, including myself, to two unfortunate days where unforeseen circumstances lead to cancellations and I was stuck filming with no crew at all! On those days we had to replan to shoot only simple scenes. The first date scene is the worst example of this, where the lack of crew with my own failure to prepare lead us to having a rather hasty setup with a poorly decorated table where I basically had to set up the camera on the tripod and hold the boom myself with no lighting. Fortunately, most of the film looks better than that scene!
One day, we had a crazy situation where, in the week leading up to it, 3 actors had separate unfortunate incidents, requiring the same character that was to be filmed that week being recast 3 times. After the third could not make it on the day because they fell off a scaffold and broke their arm, one of the crew stepped in! They did a surprisingly good job too, as they are not an actor! One scene we had to cut because the actress was in a coma (She was fine, and later played a separate role)! Another time, an actor cancelled because his neighbours were threatening his family with violence. A lot of crazy stuff happened, really, some stuff I would never have expected. But through all that, everyone pulled through, and really did their best, often working in multiple crew positions, jumping from role to role, to make up for the severe limitations we were working with. I really can’t express how great they handled what was essentially a severely understaffed, under resourced, fast-paced shoot. They were all very hardworking and resourceful, and they made the film what it is. The whole film was a huge challenge and learning experience, absolutely worth it, and I do like working with relatively small crews, but on future projects I hope I will be able to afford to pay a consistent crew and shoot in a manner that is more industry standard.

Who inspires you as a filmmaker?

My two biggest influences as a filmmaker generally would have to be Stanley Kubrick and the Coen brothers, with Hitchcock as a close runner up. In the case of Subject 36, I think there’s more Hitchcock than anything else. There’s the obvious link to Rear Window, but his techniques for building tension and drama are something that I used as inspiration for a lot of parts of the film. I often get as much inspiration for my films from music as I do from films. Music can carry an emotion like nothing else. Sometimes the whole style and emotional vibe of a film is based around one of two pieces of music. I’m also inspired by all filmmakers who’ve made films with very little budget or resources, they gave me the confidence that it could be done.

Now that the film is finished and ready to screen, where can audiences expect to see nationally and internationally?

There’s a local Perth screening on the 30th of September, 8pm, at the UWA Social Sciences Lecture Theatre, I’ve got tickets available from the film’s Facebook page. After that, my plan is to submit to festivals before eventually releasing online, though I haven’t decided what platform, and possibly a limited blu-ray release, because I am a fan of high quality physical media.

You can keep up to date with Subject 36 here.

One thought on “Interview: Alex Lorian”