World Policy Journal, New York: How did you get these people to speak so candidly? How did you get these testimonies?
Nick Torrens: The freedom of filming only comes about through trust. You are borrowing reality, you are renting a reality, putting it in a camera, doing what you like with it. You have to trust one another. Once I found my subject and gained her trust, which took about eighteen months, we were on the same path. She introduced me to her family and people she thought I ought to see. As the years went by, more people suggested others—people who were Red Guards, people who were the leaders of a rebel sect, somebody who killed 16 people for the Revolution. It becomes an ever-widening circle of trust. 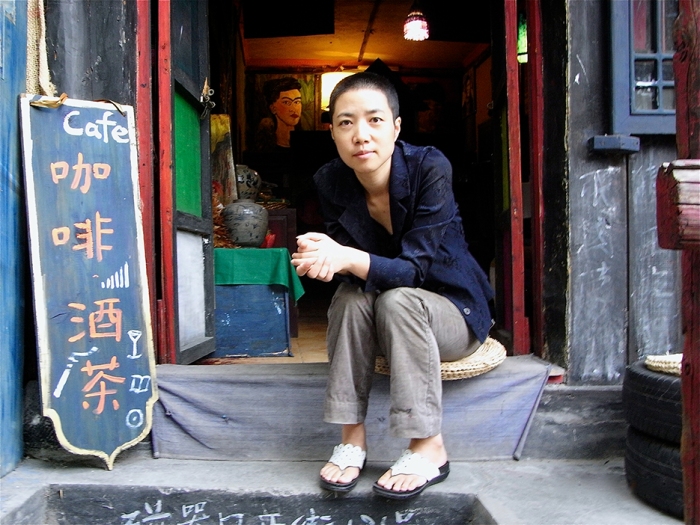 Finding the right person – the right subject – is a crucial matter.

Often I find the person who will respond well by experimenting with the way we speak. If I adopt a quiet, conspiratorial tone when asking a question, for example, and he or she replies in the same manner, I know there will be a responsive relationship.

In China’s 3Dreams I found the main subject Zhang Lei by searching in the place I wanted to set the film – a 1100 year-old community on the edge of a big city. So much of historical China is being demolished or remodelled into 21st century apartment cities. So this was a way the film could have meaning to its themes by showing what is being lost: a sense of real community and a traditional way of life.

Zhang Lei was truly a precious discovery, perceptive, articulate, endlessly curious, philosophical – and as it later became apparent, very sad. She felt making the film may help her understand the reasons for this. She accepted an offer to film together only provisionally – until she knew me bette – also my motivation and the way I would use the documentary.

We travelled a long way during 5 years of filming together, and for the first 18 months, she remained hesitant about committing totally to the open partnership essential for such a project. This is of course normal for a real person (as opposed to a driven documentary-maker) and especially so in China with her own extraordinary story.. and in the aftermath of the Cultural Revolution…trust is not easy.

And of course the commitment must work both ways – the filmmaker must be able to trust the subject and what she tells and shows me.

When the film was eventually completed we held a screening for the film’s subjects, their families and the former Red Guards and Rebels who featured in Zhang Lei’s hometown of Chongqing, Southwest China which has a population of 31 million people.

It was an emotional time. Some who gathered hadn’t seen each other for over 35 years. Zhang Lei’s parents had not met since she was very small at the end of the Cultural Revolution, after which they separated from each other, and virtually abandoned her. She was raised by her grandmother.

Long meals and discussions were held during this time together and long-repressed responses erupted. Filming of these topics and issues are not permitted in China, and the older generations have rarely been allowed to talk about what happened. This “missing history” is neither taught in depth nor analysed, so the young are not interested. And many elders feel their stories are unwanted, painful. Many are ashamed of their past – some as victims, others as murderers. Many of China’s elders have therefore been denied “absolution” – as one notable participant cries out for in the film. 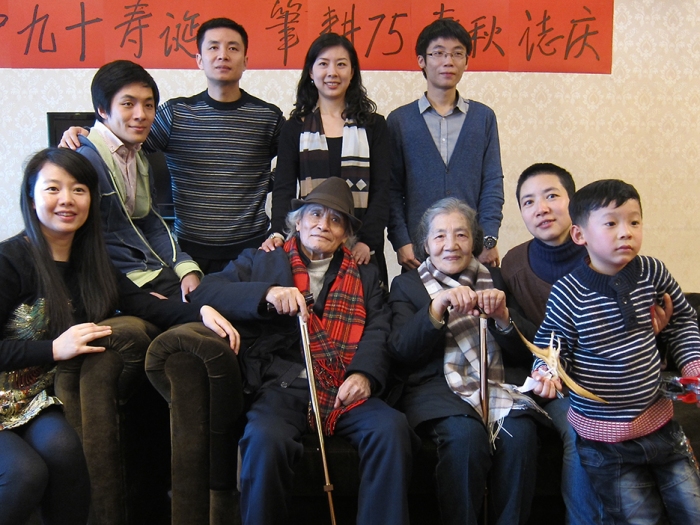 And now, Zhang Lei’s parents were witnessing her in the film discussing how her parents neglected her and were incompetent during the Cultural Revolution.

I sat between her father and mother, who said not a word to each other, but responded to the film afterwards in separate ways (Mother: “You don’t understand! We were not unusual. We had no choice…”)

One subject that caused long discussion after the screening was the way the story was told. The consensus was that it was a “real movie” when many had expected a “western documentary where a western presenter tells you everything.” They said they had seen those, and that they were immensely grateful that this film is different. “It is real and true, and every voice is a Chinese voice”.

In return I recounted an insightful comment by a China academic about television’s current fascination with “specialist factual ” rather than real documentary: “In the West we are separated from the real China by our own Great Wall of Media…”

After the screening, Zhang Lei wrote to me.

(Rough translation): “I always wanted to write you a real letter. At that moment, full of all the images, I become a fish on the beach, unable to move…

I totally relieved. This is a completely true calm documentary, though it has complex and diverse content, it presents a reality – our daily life experience. This movie requires the audience high attention, viewers need to watch carefully to see beneath the surface, many undercurrents, There are many unspoken things behind the details, which leave us many sparks for thought and feelings. This is a movie you want to see again and again. There are many ways to enter, underground passages, dark alleys and forks, side tracks.. The movie has many surface riddles. Looking back, it presented such a large scale –this is what makes it meaningful. I am so tired, like a fish on the beach, but I eagerly wait to hear about your discussion on the 21st. Finally, once again I deeply grateful to you for bringing me everything!”

It was a fabulous long-term learning experience for me – and we remain close.