A few minutes into my conversation with John Howard the busy actor enthusiastically tells me he’s working on a new show with the ABC called The Warriors. Ironic considering the nature of our conversation. We’re here to discuss The Club – his first feature film about an AFL football team – ahead of a special screening of the film in Perth.

“It’s about a footy club. It’s sort of like The Club thirty-five years on, but I’m the one in charge this time.” Talk about going full circle.

Howard is one of Australia’s most recognised actors with over 65 acting credits to his name from some of our favourite television shows (A Town Like Alice, Always Greener and All Saints) to some of our most iconic films (Razorback, Dating the Enemy and Mad Max: Fury Road).

I imagine Howard is the kind of guy who finds it difficult to sit around doing nothing. When I ask him what else he’s got going on he tells me about a new TV series he’s directing called Moretti.

“We’ve shot a Pilot for it so now we’re basically running around trying to find people with money to let us make the rest,” he says. “ In a nutshell it’s the story of Frank Moretti who’s a hard-nosed detective whose daughter is murdered and he’s unable to solve the case. He and his wife run away to a fishing town in the hope of having an easier life but of course lots of mayhem and weird and wonderful things happen to them when they get there. It’s a slightly weirder version of SeaChange. [Laughs]. Let’s see how we go… We have to get the money first.” 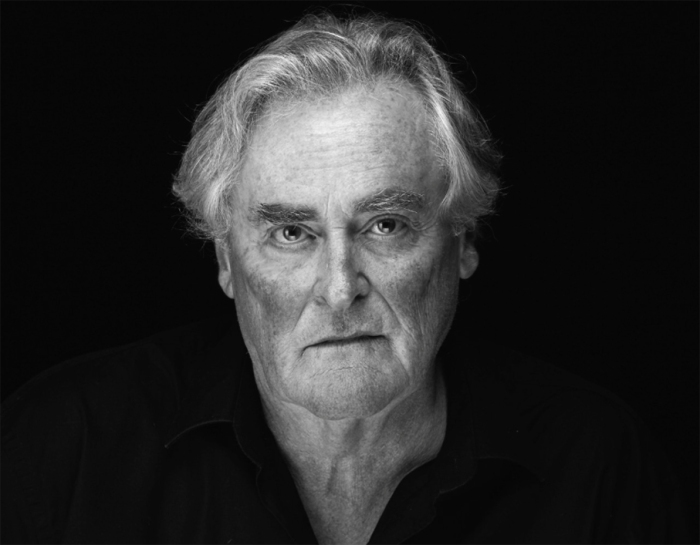 I want to go right back to the beginning, as far as you can remember and before being cast in The Club. Where did it all begin for you as an actor?
Well I tried to do many others things before acting. I did a bit of medicine and chemistry. I did a bit of law when I was going to change the world. I mucked around doing a lot of things like landscaping and then I met Anne Tenne who you will remember as Molly in A Country Practice. She was also in The Castle. She told me about the Ensemble Theatre and I went and studied some acting with Hayes Gordon before heading off to NIDA and doing three years there. That’s how it all started. If I hadn’t met Anne Tenne I would probably never have become an actor.

So were there any films or television series in particular that may have given you ‘the bug’?
Well I came from a family of farmers and teachers and showbiz wasn’t part of the scene. [Laughs]. I’m very much a black sheep. The first movie that I really loved was Camelot. Not long after that I saw Peter O’Toole in Lawrence of Arabia. I remember being so arrogant that I was watching him and I thought to myself that I could do what he was doing. [Laughs]. Nothing like the arrogance of youth. Little did I know that it’s a lot more difficult than it looks.

Then came The Club, your first feature film. Tell us about being cast in that.
Well the first film I was in was called Gary’s Story which was a 40 minute film written by Mark Rosenberg and came out of the Australian Film and Television School and Bruce Beresford was there reviewing the graduate films. Then he came to see me at the Belvior Theatre – which was called the Nimrod Theatre at the time – and he asked to meet me. He told me he thought I could do it having seen those two things. I did a little test for him and he gave me the gig for some reason. [Laughs]. He told me later he thought my test was crap. [Laughs].

I heard a story once that your agent actually suggested you lie about your age to get the role. Is that true?
It is true. Gloria Pato, who was the best agent in Australia at the time, told me that if Bruce asked me what age I was to let him tell me how old he thought I was. I did, and he told me he thought I was about 20. I was actually 27. [Laughs]. Later on I was talking to Tommy Hafey and Tommy asked me how old I was. I told him I was 21 and Bruce said, “You lied. You told me you were nineteen!” [Laughs]. It’s all about appearances isn’t it?

You must have been in your element.
Are you kidding? It was fantastic. It was brilliant. To actually play with those guys was incredible. There were a lot of Collingwood black and white fan footballs around which I got signed and gave to my nephew who then kicked it around Broken Hill until it was destroyed. [Laughs].

Beresford had quite a few film credits to his name going into this. I imagine it would have been a thrill as a young actor to be cast in one of his films?
It was. And remember I thought I could be Peter O’Toole so I thought it was my birthright. [Laughs]. Around that time he had done Breaker Morant and had a three picture deal with the South Australian Film Corporation. I had seen Don’s Party which he also directed and was another David Williamson play and I really loved. It was a really cool first movie to do. Bruce would basically accept one out of ten suggestions that I gave him so he kept me on a pretty tight rope.

A lot of the cast and crew had come over from Don’s Party. Was there a tight bond on set between these guys? Were any of the actors still suffering a hangover?
They all knew each other and they were all a great bunch of guys to work with. Don McAlpine doesn’t need an introduction. At that time Don was the cinematographer so it was all very exciting. I have to say I was pretty shy at first so I was quite quiet.

And of course the great man himself, Graham Kennedy. Share a story with us about working with ‘The King’ as he’s affectionately known?
Graham Kennedy was the one person who put me at ease straight away. We were staying at a hotel and he came down to the foyer which was the first time I ever met him. He had false teeth at the front and he stuck them out and sucked them back in again and made me laugh hard. I said something to him and he said, “Thank Christ! The kid’s got a sense of humour.” [Laughs]. Graham was great to me. He was really, really helpful and encouraging. If we went to rushes and Bruce said to me, “What the fuck are you doing that for?” Graham would say, “That’s what players do, Bruce. That’s what players do.”
Jack Thompson was like that too. In those days he still had his two girlfriends and he was the one who smoked dope. I didn’t. He was very amusing. [Laughs]. He used to get out on the oval and do Thai Chi which used to amuse the players. They didn’t know what the fuck he was doing.

I imagine they were both true professionals once Bruce called action.
God yeah. Usually everything was one take because it was only a six week shoot. Both Bruce and Don worked overtime on the storyboards so they knew exactly what they were going to shoot. It was very important that we got it in one or two takes. I was actually given some leniency when I was playing footy and that was about it. 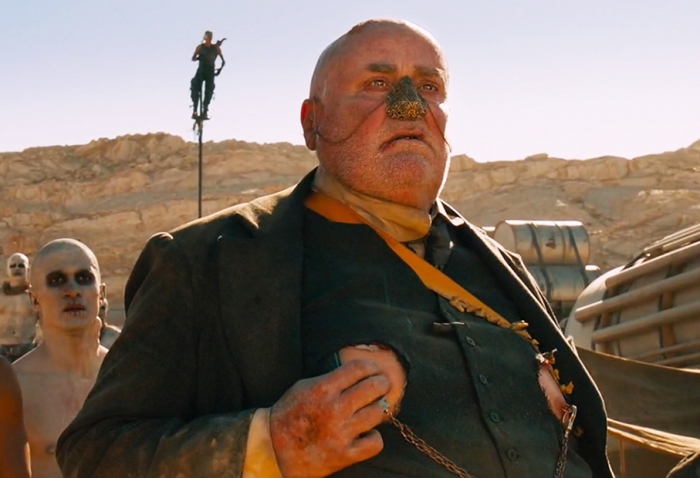 How does it compare to making movies nowadays?
Well I’ve always had a great rapport with crews and I’ve always mucked around and had fun with crews. There was a great deal of camaraderie in that society and there still is today. Obviously filmmaking itself has changed enormously. It’s become much more about executives and money and it’s heavily overladen now with American influence. The aspiration of actors now is to go to LA and see if they can make their way. Graham Kennedy said to me once, “If you go overseas make sure you come back because this is Australia.” I took that to heart. It’s also a cultural thing for me. I enjoy speaking in my own language with my own accent. I get the irony and I get the humour.

You’ve also had a great career in theatre. Can you compare theatre work with screen work, or is it a totally different beast?
The culture is different. Theatre is about the actors and the playwrights, so it’s a lot more intense in that sense. I’ve had a lot of fun in theatre but it’s extremely demanding. With film, from the word go, you have to be all over your character. You have to be your character all the time so you’re ready and at your best when the camera starts to role. You have to have a good knowledge of lighting when it comes to film. In that sense I was helped enormously by people like Don McAlpine who taught me about lighting and lenses.
It’s also important, I think, to regularly go and visit your editor because you can learn how your editor likes to cut because there are cutting points you can give your editor that makes it easier for them to cut. During SeaChange we used to do a bit of improv at the ends of scenes and of course they’d all get cut. So we discovered if we wanted to improve something ironic or amusing it was better to do it in the middle of the scene and preferably on a plot line. [Laughs]. That way you’d actually get your stuff in the picture.

What’s been the most memorable moment of your working career? What’s that one moment you find great joy in remembering or being reminded of?
There are so many. It was pretty fucking amusing on Mad Max Fury Road to have that ridiculous fucking costume in those humongous machines. Having George Miller coming up to me and constantly fiddling with my nipple rings was great. [Laughs]. The way they moved those riggs was unreal.

There are a few rumours going around that there is a prequel in development.
George wrote three scripts. I’ve read the prequel. Why they did the one in the middle I don’t know, but that’s what they did. I know that it’s his plan to film a prequel and my character would be returning. Having said that, it took George sixteen years to get the first one up and he had a quadruple bypass to make sure he could get through it. Who knows?

How does it feel when you hear that there’s going to be a special screening of The Club and that people still have a keen interest in the film today?
I think it’s wonderful. It was one of those ones that was on the school curriculum and there are precious few footy films out there really. I think when we did The Club the only other one was When The Big Men Fly. I’m really chuffed about this screening. David Williamson is actually very clever because all the same shenanigans that are going on now where happening then so it’s still very relevant.

What’s the best piece of advice you’ve ever been given about acting that you’d like to pass on to other actors?
Study other people really well. All kinds of people. That will make you interesting and natural.

The Club is screening at this month’s Australian Revelations at The Backlot Perth on Tuesday, 27 September. Tickets and details at http://www.revelationfilmfest.org