“Upon discovering the history of Ben Hall, John Gilbert and Frank Gardiner, it sent me into a frenzy of research and writing. It’s become somewhat of an obsession that has hung on for almost 10 years.”

Australian filmmaker, Matthew Holmes has announced two prequels to his highly anticipated The Legend of Ben Hall – an epic, enthralling outlaw tale based on the life of the infamous Australian bushranger.

According to Holmes, work is already underway on two companion films to form The Bushranger Anthology, the first of it’s kind ever produced in Australia.

“Australia has never made a trilogy of Bushranger Westerns,” Holmes told Cinema Australia, “This will be the first.”

The two follow-ups will be companion pieces to Ben Hall, and will tell the stories of Hall’s mentor, Frank Gardiner and John Vane, a 21-year-old bush delinquent recruited into the Gilbert-Hall gang in 1863.

This week we spoke to Holmes, deep into post-production on Ben Hall, to find out more about his inspiring and ambitious project. 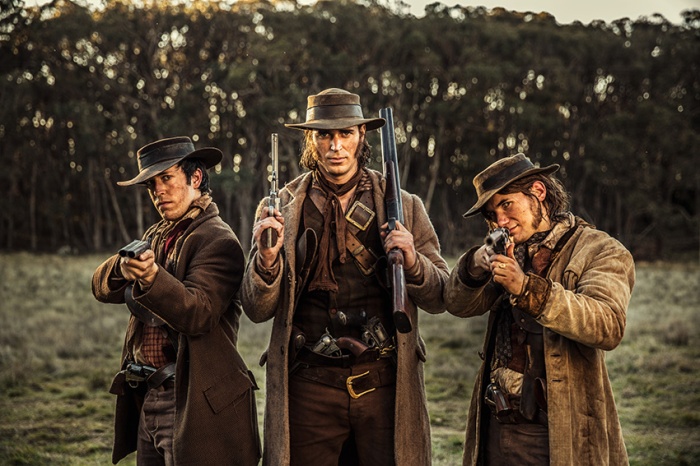 It’s obvious you’re fascinated with Australian bushrangers. Where does this fascination come from?

The fascination began in my early teens, but I didn’t get heavily involved in the research until my mid-30’s. In fact, it wasn’t until 2007 that I learned there were more bushrangers out there other than Thunderbolt and Ned Kelly.

Upon discovering the history of Ben Hall, John Gilbert and Frank Gardiner, it sent me into a frenzy of research and writing. It’s become somewhat of an obsession that has hung on for almost 10 years.

Now that I’ve gone through the process of creating a film about Ben Hall, I’m just champing at the bit to do another. Some filmmakers get exhausted by a subject matter after going through the long process of completing a film, but personally, I find it energising. I want to get the gang back together and ride again! I know they all feel the same too.

It’s an ambitious project. How do you maintain the passion?

I’m in love with the Australian landscape, so I’m naturally drawn to stories within it. Secondly, what draws me to bushrangers is their amazing tales and the ‘mythos’ surrounding them. The Bushranger is like the Pirate, the Gunslinger or the Gangster – they’re an archetype of a by-gone era and you want to dress up as one, when you’re a kid (or even as an adult). And bushrangers are unique to Australia, they are our special ‘niche’. So I feel a great sense of personal connection to them.

Thirdly, bushranger stories are about people. It’s not broad history about politics, nations and big battles, these are stories of individuals with problems, hopes and dreams. They are layered with complex relationships. That’s what makes them so cinematic and engaging. They are human stories.

No, Australia has never made a trilogy of Bushranger Westerns. This would be the first and one of kind.

Bushranger films have had mixed success in the past. They were so popular in the Silent Era that the Government banned them for a time. In the 70’s and 80’s they had some success (and failures) and of course, we haven’t seem much in the last 20 years, and probably because modern audiences haven’t responded favourably, because it’s a different time now.

I personally believe the problem with modern bushranger films and TV series is that they are not honest. On the surface level, they get the details wrong such as clothing, weapons, speech, social climate etc, which only infuriates the bushranger enthusiasts, including myself. This was something we set out to correct in The Legend of Ben Hall, and I believe we succeeded.

When writing scripts on these characters, I research every detail and try to craft a script that presents things as they really were. I enlist the help historical advisors to guide me. I won’t fabricate events, nor will I write with an agenda to favour the police, or the outlaw. Often that breaks movie story-telling conventions. Sometimes your protagonist doesn’t come out as squeaky clean as you want him to be. But that just makes the story more interesting, in my opinion.

Films often come with the ‘Based on a True Story’ tag, but most take liberties with the history. With the stories of Ben Hall, Gardiner and Vane there is simply no need to embellish. The real stories are better than anything I can fabricate. 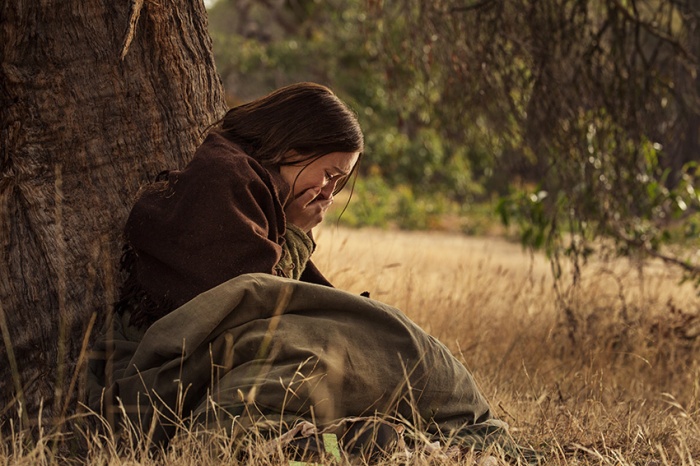 What made you decide to focus the sequels on Frank and John?

Aside from just wanting to make more bushranger movies? [Laughs]

The sequels (or prequels, to be more precise) were born out of the fact that on The Legend of Ben Hall we didn’t have the budget to tell the entire Ben Hall story, we could only focus on the last 9 months of his life. That leaves almost 3 years of amazing material lying in the dust, which was heart-breaking. But Gardiner and Vane were not in Hall’s life in those last few months, and it was such a shame they were excluded.

My original Ben Hall screenplay from 2008 – which was over 180 pages long – covered Ben Hall’s entire story and included both Gardiner and Vane. But that script was so overwhelming and dense, it would’ve been a 5-hour movie. However, creating a prequel about Ben Hall’s origins would be a pointless exercise now, because there would be no climax to his tale now it’s been covered it in The Legend of Ben Hall.

Fortunately, the story of Frank Gardiner, who mentored Ben Hall into bushranging, is an epic and fascinating tale on its own. And the tale of John Vane, a young man who joined Ben Hall’s gang, is also a terrific yarn. And both characters were intimately connected to Ben Hall’s story. So here was the perfect solution – two new films that explored new characters and told the origins of Ben Hall and John Gilbert at the same time. In a way, it’s like making stand-alone Marvel Cinematic Universe movies that cross-pollinate and form this epic tale of the NSW bushrangers.

The best thing about spreading these stories over three films instead of cramming them into a single 2-hour film is that we can explore this world with more detail than anyone has ever done before. With the exception of some lost silent films, nobody has made features about these characters, and people will be stunned at how amazing these true stories are.

How far into the script are you?

I’ve nearly finished both scripts. I bounce between them, depending on what mood I’m in. Although they are all part of this overall world and interconnect, each film has it’s own flavour. Each is a very different story with a different message.

Another month or two of writing and they will be ready. I try to write at least 5 pages a day. It’s a slow writing process because most of the writing is actually researching the history, so most of the time I’m nose deep in books or online looking up 150 year newspaper clippings.

As soon as the scripts are ready, which should coincide with the release of The Legend of Ben Hall – I will be working hard to finance the next two films.

What kind of budget will you be looking at for the sequels?

The budgets will be much larger. They have to be, because the visual scale of the prequels far exceeds that of The Legend of Ben Hall. The world is bigger, the cast is bigger, the action set pieces are huge.

I’m proposing that both films be shot back-to-back and released a year apart, since the two films share many of the same cast, sets and locations. My plan is to shoot new material for The Legend of Ben Hall as well, to expand its visual scope and story in ways we simply didn’t have the money for. This way, all three films will feel like part of one whole saga.

My hope is that when people see what we did on The Legend of Ben Hall, which was done with a very modest budget, we will be entrusted with a lot more. Of course, these prequels are entirely dependent on how The Legend of Ben Hall is received by audiences. If they love it and demand more, we have more films to come.

Hopefully this is just the beginning. 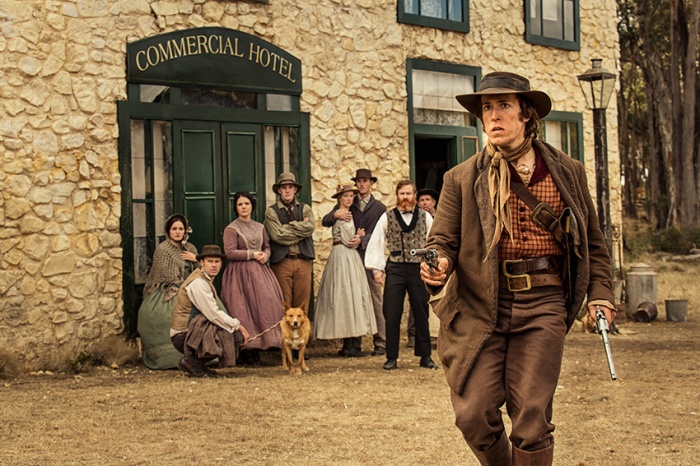 Have you written the lead roles with anyone in mind?

Yes and no. I write for the character first – trying to discover the personality to these characters through newspaper accounts and old books.

But I have created a short list of the actors that could potentially play these roles, and some I am very set on pursuing once the scripts are done. I can’t wait to send it to them. Casting is always incredibly exciting and the actors I have in mind would be perfect.

I’m so proud of the cast in The Legend of Ben Hall and it’s also exciting that Jack Martin, Jamie Coffa, Joanne Dobbin and many others from The Legend of Ben Hall will all return to reprise their roles in these new films if we are green-lit. In my mind, I’m already in pre-production, figuring out how to get these films on-screen. The director and producer within me constantly works in tandem with the writer!

Which is another reason I want to get these film into production ASAP – before everyone gets too old!

The Legend of Ben Hall is eyeing a late 2016 – early 2017 release. Keep an eye on cinemaaustralia.com.au for all the updates regarding the film.