Pawno is a character driven film about change, hope and identity. Within a day, an eclectic ensemble intersect as lives are examined and motives explored. At its heart lies a simple love story, yet love is rarely simple.

An aging pawn shop in Footscray is the pulse for an assortment of people attempting to survive, thrive or maintain their way of life in a world too often cruel. It is a unique and unapologetic journey into the underbelly of our society. Filled with humour, philosophy and unforgettable characters, Pawno is not a gangster movie. It’s not an action film. It’s not a tale of redemption. It’s not political. It’s not about sex, drugs and music. It’s a captivating narrative about a day in the life of fourteen very different players… Who just happen to encompass all of the above.

Directed by: Paul Ireland
Written by: Damian Hill
Produced by: Toothless Pictures
Starring: John Brumpton, Maeve Dermody, Malcolm Kennard, Mark Coles Smith, Damian Hill, Tony Rickards, Kerry Armstrong, Naomi Rukavina, Daniel Frederiksen, Ngoc Phan, Brad McMurray, John Orcsik, Mark Silveira and Jesse Velik.
You boast an impressive list of acting credits including Jack Irish: Dead Point, Neighbours and Underbelly but this is your first film as director. Did you ever expect your first would be nominated for such a prestigious film prize?
When making the film all I could do was bring my years of experience as an actor to the project, making sure performances where pitched in the right zone and real. I also had a very good team behind me. Dame and I also fine-tuned his script for about two years, so I knew we had a great foundation to start from. We new we were making something a little bit special and different, but to be one of the five finalists at CinéfestOZ is a great achievement and we are all very proud.

Tell us a bit about the film itself?
It’s a simple little film about a day in the life of a very eclectic mix of characters. Our Pawn shop is the mainstay of it all, tying all these characters together. There is also a lovely little romance bubbling underneath the surface. For me though it’s about how we don’t really know what’s going on in the lives of the people that are often closest to us. Essentially it’s about life, how we judge and are judged. It’s got a lot of heart.

How did you find your first experience as a director?
Very daunting but worth it.

Can you tell us a bit about some of the more interesting experiences on set?
There were a few incidents. We filmed a lot on the streets of Footscray, which can be very colourful. One time Mal Kennard was doing his thing very convincingly, he was having a go at Mark Coles Smiths’ character, Pauly and one of the locals came up and offered to punch him out. Mal gave some back and it nearly got quite nasty. Another time a couple of squad cars turned up as it had been reported some people were trying to break into cars in the area. They failed to mention there was a camera crew filming it all at the time.

When did you first become aware of CinéfestOZ and the $100,000 film prize?
I became aware of CinéfestOZ through a film I loved called The Rocket which played there in 2013, and then last year there was a lot of press coverage about Paper Planes taking out the big cash prize. I suppose I’m just lucky to have the film finished in time to make the entry date.

Will you be attending the event in August and have you ever visited the South West of WA?
Wouldn’t miss it. I love that part of Australia. Perth was the first place I every came to in Australia. I came over from London about 18 years ago and did a play called Trainspotting at The Regal Theatre. Ive also done a few wine tours of the Margaret River Region since then and a few cave adventures. Love it.

What would it mean to you personally to win the $100,000 film prize?
Man, you can’t go there. If it happens it happens. I suppose it would help us get our next film off the ground, as this one didn’t cost much more than that. I would like to pay people a bit more this time. 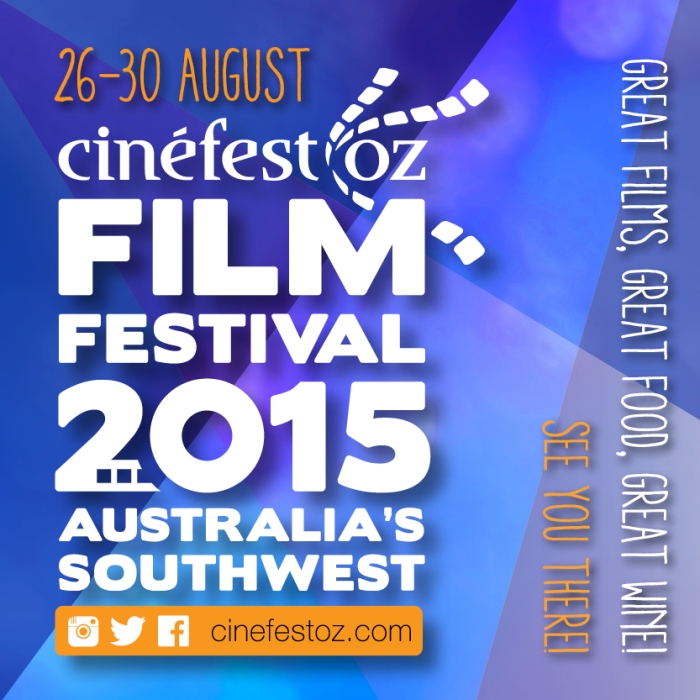